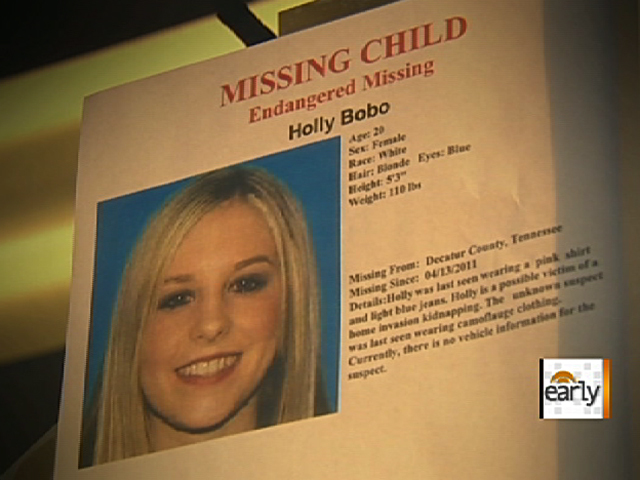 (CBS/AP) JACKSON, Tenn. - Elizabeth Smart is headed to West Tennessee next week to attend an event for Holly Bobo, a nursing student who disappeared more than a year ago. Smart has survived a nine-month-long kidnapping as a teenager. She will appear at Bobo's high school to plead for her safe return.

The Smart family has reportedly been in contact with the family of Holly Bobo, who disappeared from her West Tennessee home on April 13, 2011. Smart and her father, Ed Smart, will appear at Scotts Hill High School to talk about their family's ordeal.

Holly was 20 when she disappeared from her home in Darden last year.

Smart was 14 when she was kidnapped from her Salt Lake City home in 2002. She was found nine months later within 20 miles of her home. The appearance by Smart is free and begins at 7:30 p.m. Monday at the high school.