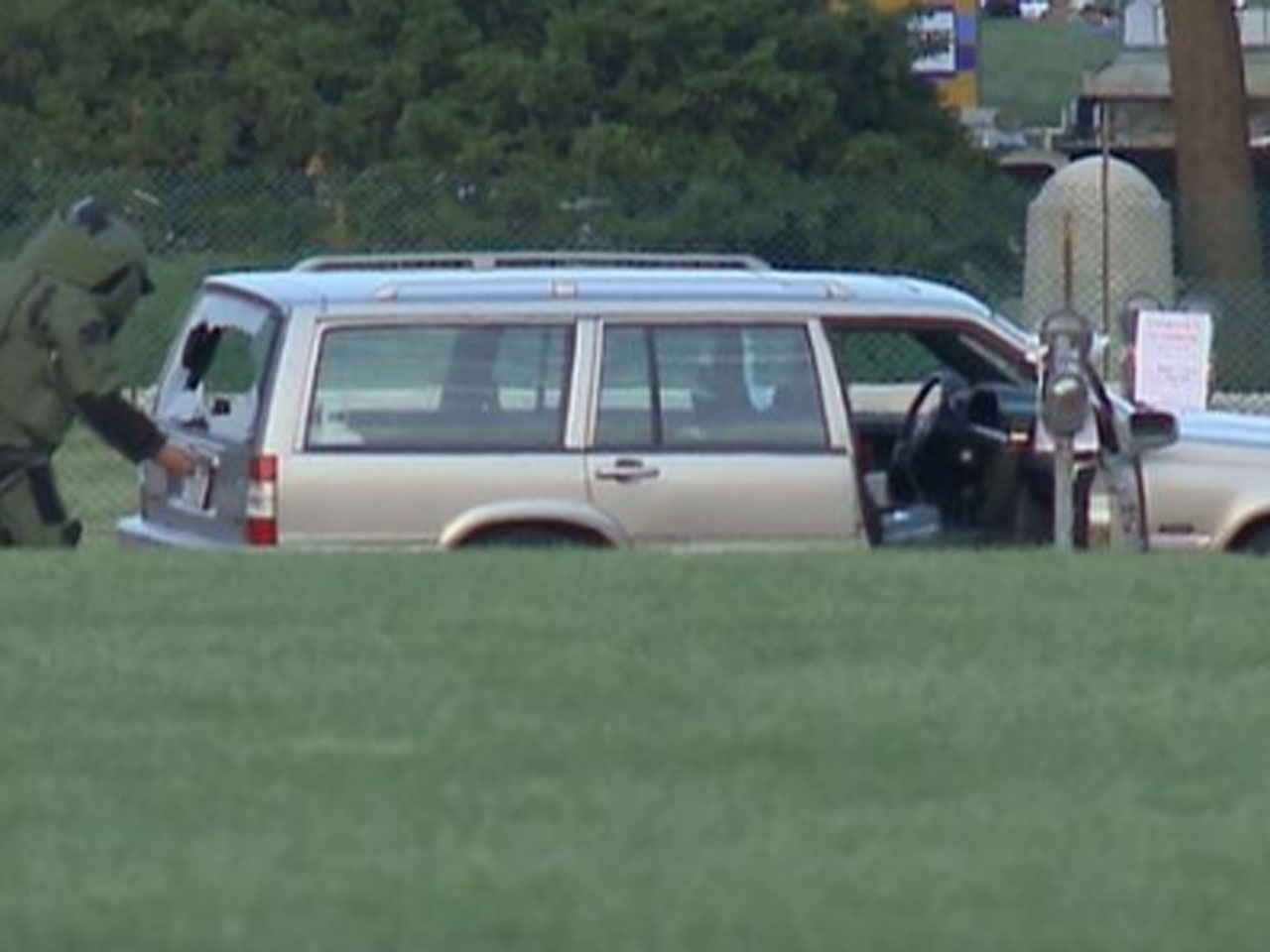 WASHINGTON -- A bomb squad safely destroyed a pressure cooker found in a "suspicious" vehicle left unattended Sunday afternoon on the National Mall near the U.S. Capitol building and the vehicle's owner was located and arrested, a U.S. Capitol Police spokeswoman said.

Police Lt. Kimberly A. Schneider told The Associated Press that Capitol Police officers on routine patrol spotted the parked, unoccupied vehicle on a street on the mall west of the Capitol at about 5 p.m. Sunday.

"Further investigation revealed a pressure cooker, and an odor of gasoline was detected," Schneider said, adding a Capitol Police bomb squad was called in because the vehicle was "suspicious in nature."

She said the squad, known as the Hazardous Devices Section, destroyed "items of concern in the vehicle including the pressure cooker" at about 7:45 p.m. after temporarily closing off the area on a busy holiday weekend. She did not immediately identify the other items but said only that "this safe disruption produced a loud 'bang."'

Asked if the "disruption" involved experts detonating those items, she said that was accurate. She said follow-up searching of the vehicle detected "nothing hazardous."

She said the bomb squad intervention came after authorities had set up a security perimeter around the site on 3rd Street in the U.S. capital. She said that street was temporarily closed between Independence Avenue and Constitution Avenue while authorities investigated. It was unclear how many people were in or near that area at the time.

After the items were destroyed, she said, police conducted a thorough "hand search" of the vehicle and concluded their investigation by about 8:20 p.m. "with negative results and nothing hazardous found."

Asked whether police had identified any threat to public safety, Schneider told AP via email: "If we can't determine whether or not an item is safe/dangerous, we'd have to treat it as dangerous until we determine otherwise. She added that was "why the items were safely disrupted, out of an abundance of caution." She didn't elaborate.

She added that the vehicle owner was located and her statement identified him as Israel Shimeles of the Washington suburb of Alexandria, Virginia. The statement said Shimeles was arrested by Capitol Police and charged with "Operating After Revocation" and was being processed Sunday evening at the police headquarters building.

It wasn't immediately known if he had an attorney. Schneider didn't elaborate on the charge.

CBS News was told the charge involved allegedly operating the vehicle with a revoked license.

A nearby Memorial Day concert went on without interruption.

The FBI did not immediately return a call for comment.