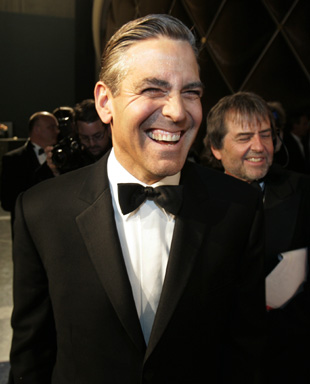 Imagine a lake more mysterious than Loch Ness - a lake that hides a secret no one was meant to discover. There is such a place high up in the Austrian Alps. It is a lake called Toplitz.

Early one morning in 1945, Nazi S.S. officers sank a number of wooden boxes in Toplitz. Legend has it that the lake conceals everything from Nazi gold to the darkest secrets of Hitler's Reich.

Two years ago, 60 Minutes II led an underwater expedition in search of those boxes. As first reported last fall, its crew found evidence of a Nazi plot you didn't read about in your history books. What's in Hitler's lake? CBS News Correspondent Scott Pelley reports on the secrets at the bottom of Lake Toplitz.

It is hard to imagine a better place to hide. In a dense mountain forest, Lake Toplitz lies secluded, folded deep into the Alps of western Austria. It isn't large - just a mile long. What is daunting is the depth.

Getting to the bottom of Toplitz is a journey. After 30 feet, the sun goes dark. Below 100 feet, the water is nearly freezing. At 348 feet, the bottom comes into view. There is no life (no plants and no fish) because there is no oxygen in the water. In 1945, Toplitz was practically as remote as the moon. And with secrets to keep, Toplitz was just what the Nazis were looking for.

Feb. 23, 1945: Hitler's Reich was tumbling down. The Allies were closing in and, in bombed-out Berlin, the Nazis were scrambling to truck their most valuable secrets out of town.

Adolf Burger was expecting to die at the Sachsenhausen concentration camp. He was the man who knew too much - a Jew who had been forced to work on a top-secret Nazi plot. "That means I am someone who is privy to state secrets, they always end up dead; they were always liquidated," said Burger.

He and several other prisoners were forced to participate in a covert Nazi project: creating fake currency to crash Allied economies - including that of the United States.

When the project was abruptly ended, Burger was told to pack the counterfeit currency into boxes. He didn't know at the time, but the product of his work was taken to the Nazis' last holdout: the Austrian mountains called the Alpine Fortress. The Nazis planned to evacuate Hitler and a guerrilla army to the region around Lake Toplitz.

In the Alpine Fortress, time ran out on the Reich. By April 1945, Hitler was dead in Berlin, and the Allies were closing in all around. You could actually hear the artillery echoing in the mountains. Many of the last leaders of the Nazi regime fled there - some to make a last stand, others to try to save some remnant of the Reich in hope of starting over one day.

And Adolf Berger's work was essential to that plan.

The cargo was so well hidden that, chances are, no one would have ever seen the boxes again if it weren't for a 21-year-old Austrian farm girl. Ida Weisenbacher saw where the boxes went. She lives in the same house near Lake Toplitz where Nazi soldiers found her 55 years ago.

"It was five o'clock in the morning, we were still in bed when we heard the knock on the door," remembered Weisenbacher. "'Get up immediately. Hitch up the horse wagon, we need you.'"

They needed the wagon because the truck had reached the end of the road. Only horses could make it to Toplitz. "A commander was there. He told us to bring these boxes as fast as possible to Lake Toplitz," added Weisenbacher.

She said each box was labeled with bold-painted letters and a corresponding number.

She carried three wagonloads to the lake. "When I brought the last load, I saw how they went on to the lake and dropped the boxes into the water.... The S.S. kept shoving me away but I saw the boxes were sunk into the lake," said Weisenbacher.

The Nazis knew that searching a place so cold, so dark, and so deep wouldn't be possible with the technology of the time. But they couldn't have foreseen a phantom in the future.

The Phantom is a deep-diving robot operated by Oceaneering Technologies in Maryland and connected by a tether to a pilot on the surface. Jeff Kowalishen is one of the pilots of the underwater craft: "It's hard to hide something from this type of equipment."

Oceaneering uses The Phantom around the world on some of the toughest jobs imaginable. It was Oceaneering that recovered the wreckage of the Space Shuttle Challenger, lifted TWA Flight 800 off the bottom of the Atlantic Ocean and located the aircraft of John F. Kennedy Jr.

60 Minutes II hired Oceaneering to search every inch of Lake Toplitz and recover the boxes if they could be found. "No one has tried at Toplitz to do this, but we have done this type of work all over the world," said Kowalishen.

But in that part of the world, the project wasn't entirely welcome. The Alpine Fortress region still celebrates its traditions, but many Austrians don't like dredging up reminders of a Nazi past.

It was in the winter of 1999 that negotiations were started with the Austrian government and the country's forestry service. After being assured the project wouldn't hurt the environment, the Austrians agreed to lease the lake for 30 days - an incredibly tight schedule for what the Oceaneering team was about to attempt.

There had been other dives in Lake Toplitz over the years, and artifacts related to the project had been raised before. But this expedition was to be the first comprehensive search of Toplitz. The dive would cost over $600,000, with major funding provided by the World Jewish Congress.

Toplitz doesn't seem large until you search it inch by inch. The video image relayed from the remote submarine is only three feet wide. The first thing Oceaneering found was a layer of silt on the bottom that often blew like a blizzard, blinding the camera.

Team member Ian Griffith of San Francisco is an expert on the remote-controlled subs. "If we are to high, we are not going to see anything. If we are too low, we are going to destroy the visibility and not see anything," he said.

For 12 hours a day, the crew strained for some familiar shape. "We have four pilots. You can only do it for so long, and then it really becomes monotonous," said Griffith.

But there was no hint of anything like Adolf Burger's boxes. It was possible the boxes were buried or covered in silt. It was also possible, after 55 years, they had just crumbled away.

The days turned into weeks - nearly three weeks of searching. The submarine would cover more than 35 miles altogether. The 30-day deadline imposed by the Austrians was getting closer. And Oceaneering couldn't get a break from the lake.

To the tethered mini-sub, the lake floor was a minefield. Oceaneering expected trees but not underwater forests. Trees had fallen from the mountain and were stacked 60 feet high in some places. The Phantom would spend days lost in the woods.

And when it wasn't the trees, it was the weather.

The picture-postcard lake often developed a foul mood. There were hailstorms and lightning.

The crew figured it was out of luck when a bolt of lightning struck the navigation system, and the search pattern wasn't reliable anymore. But Kowalishen wanted to press on, guiding The Phantom by dead reckoning and as it turns out, dumb luck.

Then a discovery was made - not the intact boxes the crew hoped to find, but the remains of something decades old, pieces of wood that might have come from the Nazi crates.