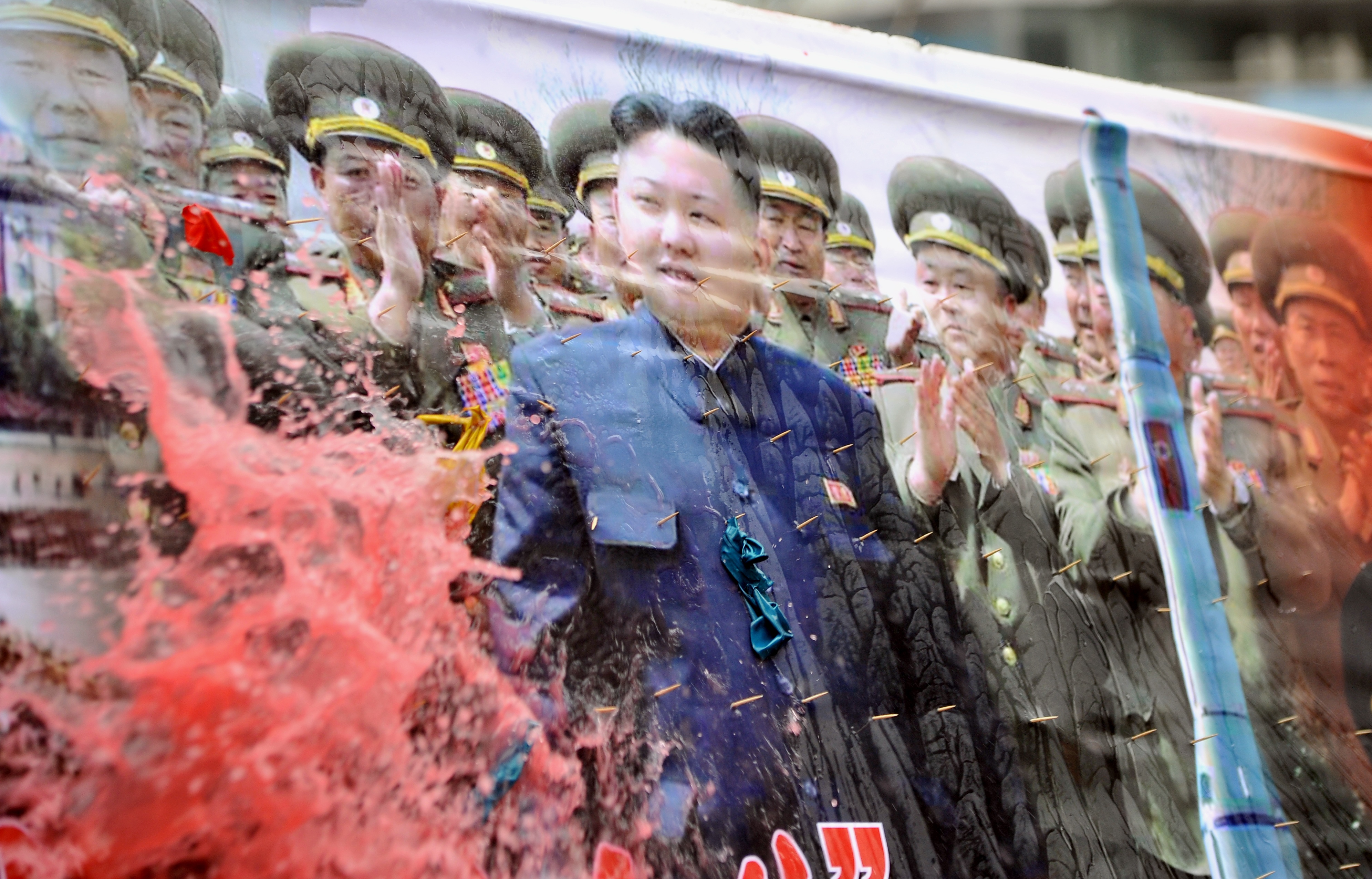 SEOUL, South Korea Recent Korean history reveals a sobering possibility: It may only be a matter of time before North Korea launches a sudden, deadly attack on the South. And perhaps more unsettling, Seoul has vowed that this time, it will respond with an even stronger blow.

Humiliated by past attacks, South Korea has promised - as recently as Tuesday - to hit back hard at the next assault from the North, opening up the prospect that a skirmish could turn into a wider war.

Lost in the headline-making North Korean bluster about nuclear strikes on Washington in response to U.N. sanctions is a single sentence in a North Korean army Supreme Command statement of March 5. It said North Korea "will make a strike of justice at any target anytime as it pleases without limit."

Those words have a chilling link to the recent past, when Pyongyang, angry over perceived slights, took its time before exacting revenge on rival South Korea. Vows of retaliation after naval clashes with South Korea in 1999 and 2009, for example, were followed by more bloodshed, including attacks blamed on North Korea that killed 50 South Koreans in 2010.

Those attacks three years ago "are vivid reminders of the regime's capabilities and intentions," Bruce Klingner, a former U.S. intelligence official now at the Heritage Foundation in Washington, wrote in a recent think tank posting.

Almost a mirror image of the current tensions happened in 2009, when the U.N. approved sanctions over North Korean missile and nuclear tests, and Pyongyang responded with fury. In November of that year, Seoul claimed victory in a sea battle with the North, and Pyongyang vowed revenge.

The Cheonan sinking may have been retaliation for the naval defeat four months earlier, said Koh Yu-hwan, a North Korea specialist at Seoul's Dongguk University.

In November 2010, North Korea sent a warning to South Korea to cancel a routine live-fire artillery drill planned on Yeonpyeong Island, which is only seven miles from North Korea and lies in Yellow Sea waters that North Korea claims as its own.

South Korea went ahead with the drills, firing, Seoul says, into waters away from North Korean territory. North Korea sent artillery shells raining down on the island, killing two civilians and two marines.

South Korea responded with artillery fire of its own, but the government of then-President Lee Myung-bak was severely criticized for what was seen as a slow, weak response. Lee, a conservative who infuriated North Korea by ending the previous liberal government's "sunshine policy" of huge aid shipments with few strings attached, vowed massive retaliation if hit again by the North.

The government of newly inaugurated President Park Geun-hye, also a conservative, has made similar comments, though she has also said she will try to build trust with North Korea and explore renewed dialogue and aid shipments.

South Korea's Defense Ministry on Tuesday repeated that it would respond harshly to any future attack from the North. Spokesman Kim Min-seok said there were no signs that North Korea would attack anytime soon, but warned that if it did, it would suffer "much more powerful damage" than whatever it inflicted on South Korea.

North Korean leader Kim Jong Un on Monday visited artillery troops near disputed waters with South Korea and urged them to be on "maximum alert" because war could break out anytime, according to Pyongyang's official media.

If war broke out, the United States would assume control of South Korea's military because of the countries' decades-old alliance that began with the U.S.-led military response to North Korean invaders in 1950. But South Korea has made clear that it has a sovereign right, and a political necessity, to respond strongly to future North Korean attacks.

A clue to when North Korea might attack may be in the timing of the current threats. North Korea is furious over ongoing annual U.S.-South Korean military drills that will continue until the end of April.

Pyongyang is highly unlikely to stage an attack when so much U.S. firepower is assembled, but analysts said it might hit South Korea after the drills end.

"They are quiet when tension is high and state-of-the-art (U.S.) weapons are brought to South Korea for the drills," said Chon Hyun-joon, an analyst at the government-funded Korea Institute for National Unification in Seoul.

If history is any guide, the most likely flashpoint is the Yellow Sea, where North Korea has complained about sea boundaries since the 1950s. The U.S.-led U.N. Command drew the so-called Northern Limit Line after failed attempts to negotiate a border after the Korean War, and Pyongyang says it clearly favors the South by boxing in North Korea close to its shores.

Bloody sea battles in 1999, 2002 and 2009, and North Korea's artillery bombardment of Yeonpyeong Island in 2010, took place weeks after annual drills by South Korea and the United States, Chon said. In those cases and in the current drills, North Korea's state media reacted to the war games with harsh criticism, calling them preparations for a northward invasion.

North Korea sometimes takes months to follow through on its occasionally cryptic threats or warnings, but it also has acted quickly.

North Korea has attempted a military provocation within weeks of every South Korean presidential inauguration dating back to 1992, according to Victor Cha, a former Asia adviser to President George W. Bush, and Ellen Kim at the Center for Strategic and International Studies think tank in Washington. South Korea's new president was inaugurated Feb. 25.