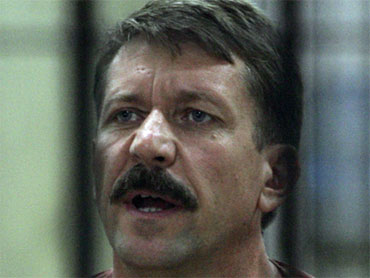 At least five gunmen blew up a security wall with a car bomb and stormed into a revered Hindu temple complex in India on Tuesday, setting off a gun battle with security forces that left all the attackers dead, officials said.

The government went on alert and asked officials to help maintain order.

The sprawling 80-acre complex in the northern city of Ayodhya where the attack took place stands at the heart of India's biggest religious controversy. It is the site where Hindu nationalists demolished an ancient Muslim mosque in 1992, sparking religious riots that killed more than 2,000 people.

The attackers used two vehicles in the assault — a jeep loaded with bombs that blew up part of an outer wall and a taxi they used to reach the complex posing as tourists, said Alok Sinha, the home secretary of Uttar Pradesh state. The driver of the taxi was arrested, he said.

Police found the body of a sixth man, but it was not immediately clear if he was an attacker or a civilian.

Sinha said it was too early to say who was involved.

Even before the shootout with police was over, Hindu nationalists blamed Pakistan-backed "jihad terrorists" for the attack and said the incident proved India's recent peace overtures with Islamabad were a failure.

Prime Minister Manmohan Singh strongly condemned the attack and said his government would deal firmly with all such acts of terrorism.

The main opposition Bharatiya Janata Party called for a nationwide strike on Wednesday to protest the assault. "To attack the Ram Janbhoomi, the holiest shrine of the Hindus, is a very serious thing and there should be an equal reaction," BJP President Lal Krishna Advani said.

Even so, India's largest Hindu group appealed to the public to keep any protests peaceful. A leading Islamic leader also urged peace, saying the attackers helped neither their faith nor their country.

Hindu leaders claim the mosque in Ayodhya, 350 miles east of New Delhi, was built by Mogul rulers at the site of a Hindu temple. They believe the site is the birthplace of Ram, the highest god in the Hindu pantheon, but Muslims say there is no proof of that claim. The dispute is still working its way through India's courts.

Ayodhya is guarded at all times by thousands of police and paramilitary soldiers, and the site has multiple barricades where each worshipper is frisked before being allowed in. Security is so tight that even pens, pencils, lighters and matchboxes are prohibited.

Star News channel said the attackers came dressed as soldiers of the paramilitary Central Reserve Police Force, but there was no official confirmation.

"It is an attack by jihadi terrorists ... there should be protests against this across the country, peacefully," said Ram Madhav, spokesman of the Hindu nationalist Rashtriya Swayamsevak Sangh or National Volunteers Association.

The World Hindu Council, a hardline group affiliated to the RSS, blamed Pakistan-based militants, who have been fighting Indian security forces in Kashmir since 1989. India and Pakistan, traditional rivals, are pursuing peace after years of acrimony. In 2001, an attack on India's Parliament was also blamed on Islamic militants.

"No movement can succeed with violence. They should give up the guns, bombs and violence and solve this through peaceful dialogue," he said. "Those who are doing it are helping neither their country, nor their religion."