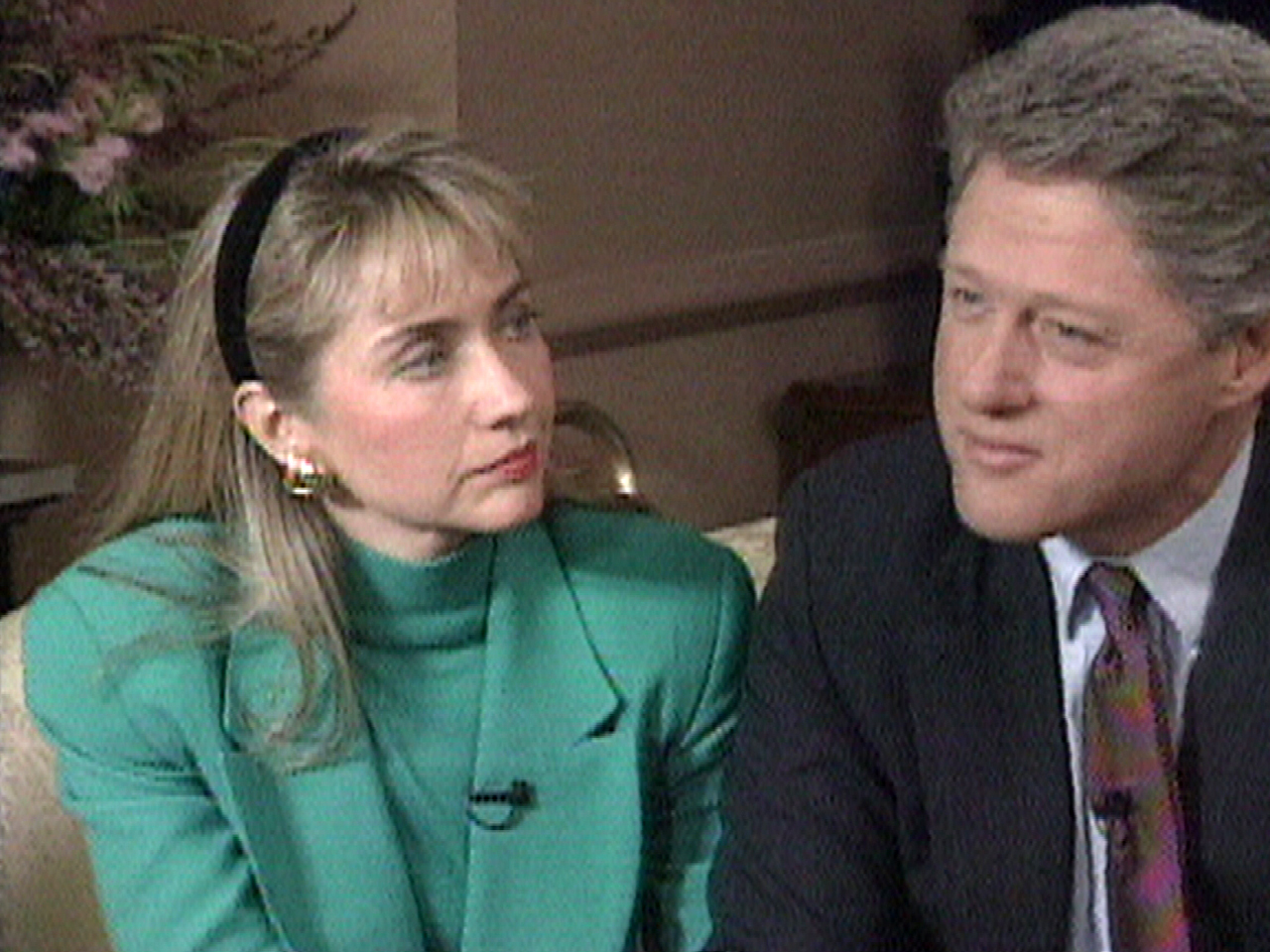 This week, Hillary Clinton appeared on 60 Minutes in a joint appearance with the president of the United States. (Her accessory of choice was a much-discussed pair of glasses). Twenty years ago, she made her first appearance on 60 Minutes in very different kind of joint interview (and a different accessory: the demure headband.)

Back then, the man beside her was Bill, then governor of Arkansas and a first-time presidential candidate, and she was simply "his wife, Hillary." The purpose of the interview was to answer allegations that Bill had engaged in a 12-year extramarital affair with Gennifer Flowers.

"I'm not sitting here some little woman standing by my man like Tammy Wynette," Hillary famously told Steve Kroft in that 1992 interview. "I'm sitting here because I love him and I respect him."

Those words, that headband, and the unenviable task of having to defend her marriage on television is a far cry from her 60 Minutes interview with Barack Obama this week. But as she steps down from her position as Secretary of State, we wonder: is this her last 60 Minutes interview? Or is she just getting started?