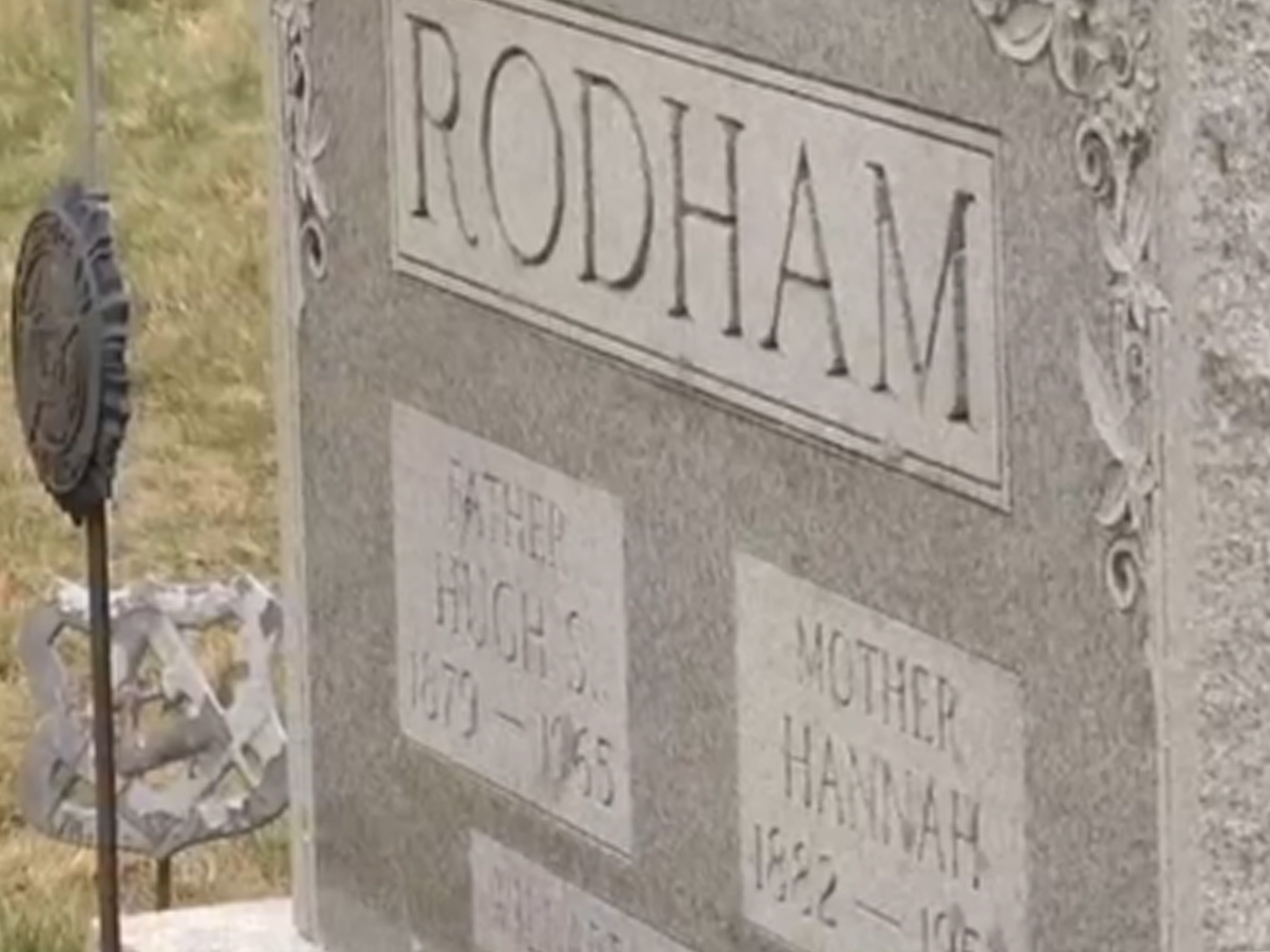 The toppled headstone of Hugh Rodham was discovered Monday and has since been put back up, the station says.

It is in the Washburn Street Cemetery, Scranton's Times-Tribune reports.

Investigators are treating the incident as suspicious, especially since it came just after Hillary Clinton announced her candidacy for president, WYOU says.

Scranton Police Chief Carl Graziano told the newspaper it appears to be a case of vandalism. "I'm not sure how else it would have fallen over," he said.

Caretaker Paul McGloin remarked to the Times-Tribune, "I hope this had nothing to do with politics, because that's just wrong."

Graziano told WYOU a man was taken from the cemetery Monday for a mental health evaluation, but authorities can't directly link him to the overturned headstone.