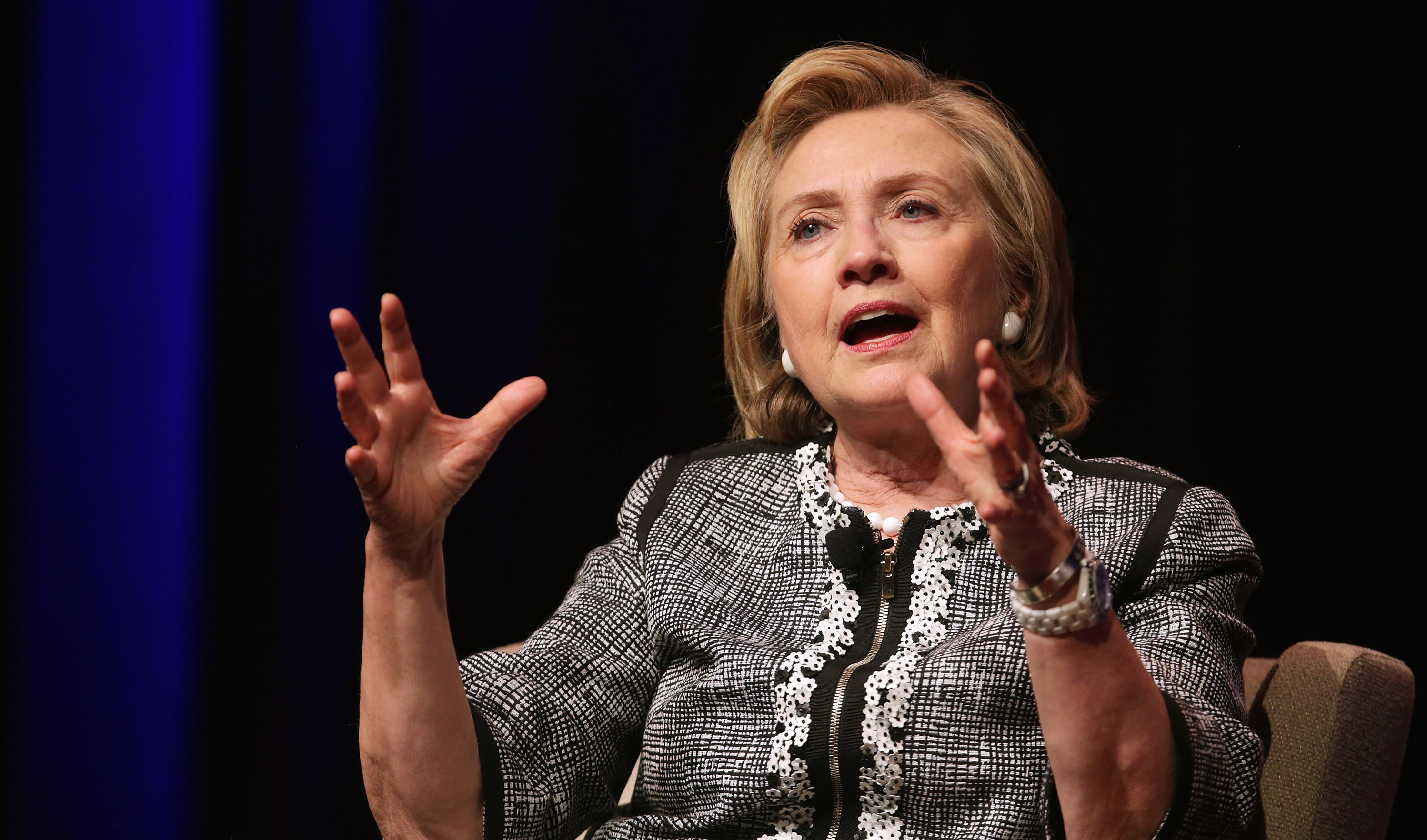 Political analysts from the left and right disagree on whether the former Secretary of State's recent memoir, Hard Choices, was a good read, but they all said it helped her team to identify some weaknesses that could affect a potential presidential campaign.

Clinton faced a "dilemma" with the book, in that she has finished her term at the helm of the State Department but still sees a potential political future, said Dee Dee Myers, who served as former President Bill Clinton's press secretary, in a panel on CBS News' "Face the Nation." Her staffs' attempts to prevent the recent book tour from turning into a political campaign "proved to be much harder than expected," Myers said.

"In this day and age and being Hillary Clinton, everything's about politics. So I think they've some work cut out for them," Myers said. "She's hasn't declared anything yet. And so, it's all fixable, but I think they saw some flaws in the machinery that they need to go back and readdress."

Wall Street Journal Columnist Peggy Noonan, who called the memoir "a banal piece of work," said the interviews that Clinton conducted with various media outlets "gave fresh life to stories such as Benghazi" and other issues that Clinton could face as her party's nominee.

"There was a little wobbliness that I suspect may have startled Mrs. Clinton and probably reminded her what she already knew, which is that running on a national scale is hard and she just started running," Noonan said.

Former speechwriter to President George W. Bush, Michael Gerson, called the "sputtering launch" a reminder that "she didn't run a great campaign last time in 2008...this is just a reminder to people she's not Bill Clitnon in a certain way, she's not a perfect candidate."

The tour also highlighted a potential new issue for Clinton: her wealth.

She was heavily derided for a comment about being "dead broke" after her husband's presidency and the struggles of paying for "mortgages for houses." The issue didn't go away; after saying the comment about her post-White House finances could have been more "artful," Clinton said that she and the former president pay income taxes, "unlike a lot of people who are truly well off...we've done it through dint of hard work."

Gerson said on the panel that Clinton sounded "like a baroness" when addressing the wealth issue.

"I think she has some tin-ear problems she's going to have to work on here," he said.

But Clinton does have one defender on the issue of her wealth: President Obama.

"Over time, I don't think it's going to make a big difference," Mr. Obama said in an interview on ABC that aired Sunday. "I think that Hillary has been to this rodeo a bunch of times. She is in public service because she cares about the same folks that I talked to here today. As soon as you jump back into the spotlight, in a more explicitly political way, you're going to be flyspecked like this. And she's accustomed to it."

The president spoke to ABC as he hit the road this week, participating in town halls and giving speeches to demonstrate that he and his Democratic allies are still attuned to the concerns of working Americans, despite the gridlock and controversy swirling in Washington.

Mr. Obama said that message -- that the Democratic Party is fighting for the middle class -- will help defuse any internal party strife about whether Clinton is in touch with the concerns of everyday Americans.

"This whole notion of you got the centrist Democrats and the liberal Democrats...if you look at Democrats generally, their agenda is grounded in the things that middle-class families are concerned about generally: wages, incomes, fairness, opportunity, college costs," he said. "So you don't have some of the same old ideological divisions. In fact, the big challenge we have right now is frankly finding a Republican Party that is even close to the center so that we can actually do some work with them."

Vanity Fair editor and political correspondent Todd Purdum echoed the comment that Clinton has a "tin ear" on the subject of personal wealth, but said it's not without good reason.

"I think one of the things that the 'dead broke' comment brought out is Mrs. Clinton's longstanding and to some degree, understandable resentment about all the years in which her husband was making $35,000 as Governor of Arkansas, she as the family breadwinner," he said. "She remembers worrying about paying for tuition for Chelsea's college, and she does, I think she has a very resentful streak about the years that she sacrificed. And so, she does have a kind of tin ear now about she's quite wealthy and makes $200,000 a speech, but she remembers the hungry years, I think, and in some ways, that influences her very much."