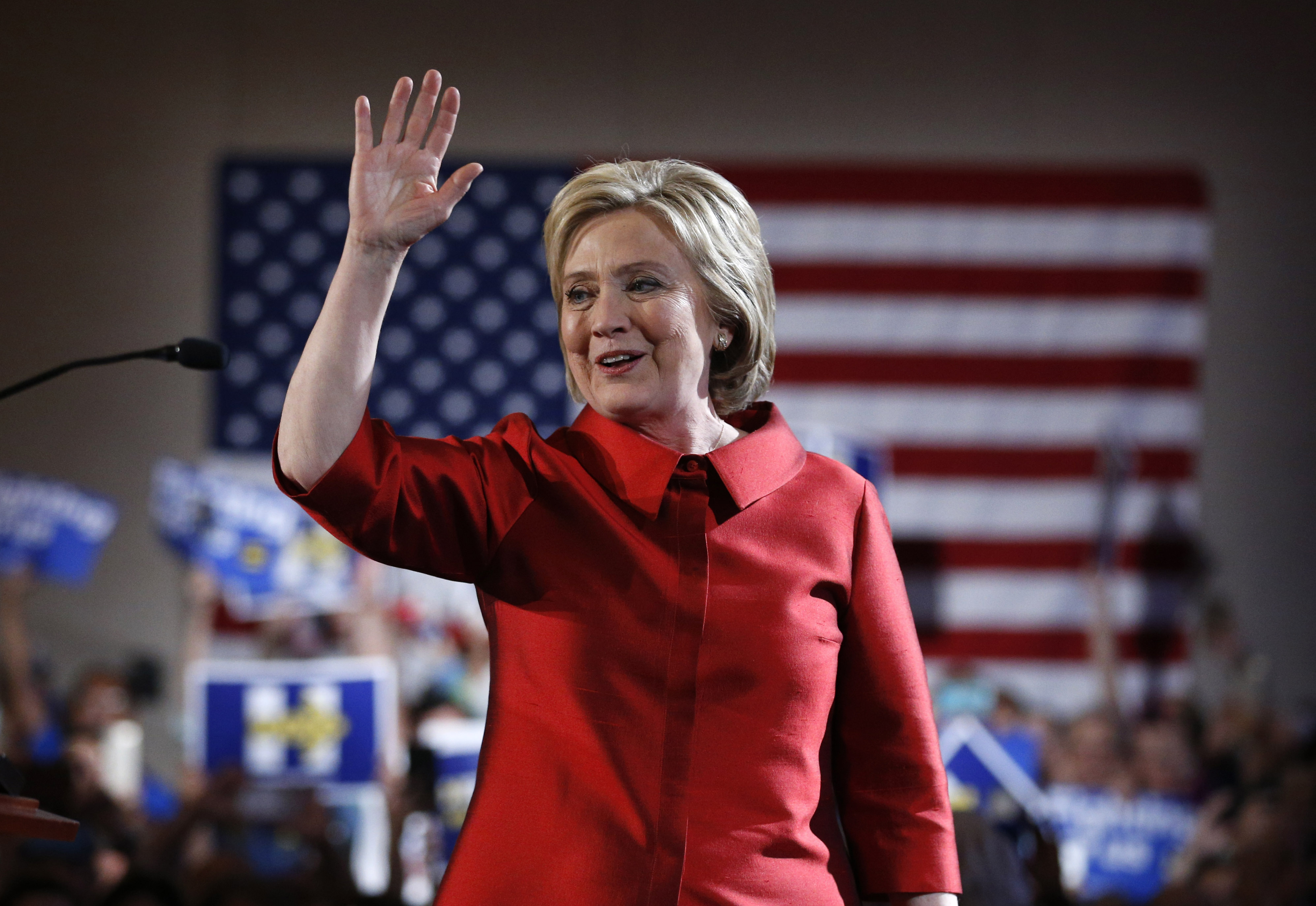 "I am so, so thrilled and so grateful to all of my supporters out there. Some may have doubted us, but we never doubted each other. And this one's for you," Clinton said at her campaign headquarters in Las Vegas. "To the millions of people across our country who are supporting our campaign -- thank you from the bottom of my heart...We hear you, we see you, we're incredibly grateful to you. Because we're in this together."

The former secretary of state picked up a win in Nevada by a six-point margin -- despite late polling indicating that the race would be a close one -- with the help of African American voters and women overwhelmingly supporting Clinton.

She gave a nod to those groups Saturday night.

"We see African American families denied mortgages at nearly three times the rate of white families," Clinton said. "We see small towns and rural communities hollowed out by lost jobs and lost hope. We see a rising generation of young people coming of age in a world where opportunity seems out of reach. And worst of all we see children growing up in poverty or pain or fear."

She also made a pitch to young voters, who have recently flocked to rival Bernie Sanders' campaign in the most recent nominating contests.

"I want to say this to all the young people out there: I know what you're up against," she said. "If you left college with a ton of loans, it's not enough just to make college more affordable. You need help right now with the debt you already have...I have a plan to cut your interest rates and cap payments so you never have to pay more than you can afford."

"We're going to build ladders of opportunity so every American can go as far as your hard work can take you," Clinton promised. "The future that we want is within our grasp."

And while she gave a gracious nod to her opponent -- "I want to congratulate Sen. Sanders on a hard-fought race here," the Nevada winner said -- Clinton also rapped his campaign indirectly for rarely venturing beyond its keystone platform of fixing income inequality.

"Americans are right to be angry. But we're also hungry for real solutions," Clinton said. "In the campaign, you've heard a lot about Washington and Wall Street. We all want to get secret, unaccountable money out of politics...But if we listen to the voices of Flint and Ferguson, if we open our hearts to the families of coal country and Indian country, if we listen to the hopes and heartaches of hardworking people across America, it's clear there is so much more to be done."

Clinton asserted that "we aren't a single-issue country."

"Don't you think it's time to face head-on the problem of systemic racism and invest in communities that have been left out and left behind?" she asked supporters at her Nevada headquarters. "That means reforming our criminal justice system, our immigration system, ensuring that people with disabilities have the same opportunity to work and fully participate in our society. It means to make sure that nothing holds you back, not debt, not discrimination, not a deck stacked for those at the top."

In closing, Clinton previewed her next campaign stops, mentioning events in Texas and her husband's upcoming trip to Colorado.

In his own speech Saturday in Henderson, Nevada, Sanders congratulated Clinton for the "very aggressive" campaign she ran in the state and thanked volunteers and supporters for "bringing working people and young people into the political process in a way we have not seen for a very long time."

Sanders looked towards Super Tuesday's primary contests, saying that "we have come a very long way in nine months. It is clear to me...that the wind is at our backs. We have the momentum."

"I believe that when Democrats assemble in Philadelphia in July at that convention, we are going to see the results of one of the great political upsets in the history of the United States," Sanders said.