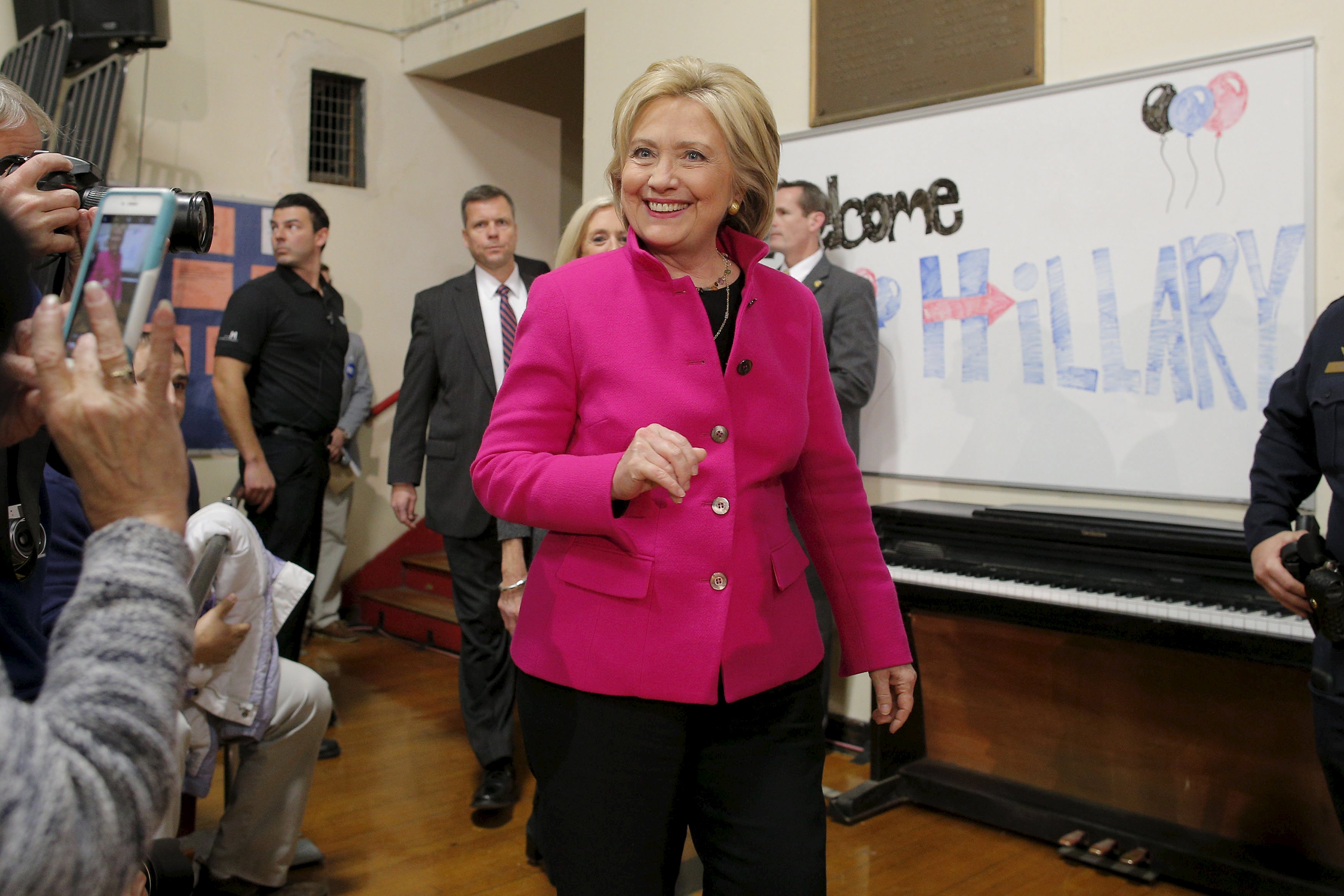 Hillary Clinton announced the latest piece of her jobs agenda Tuesday, outlining a plan to boost American manufacturing jobs by offering tax incentives to spur investment in communities that are losing jobs from factory closures and layoffs.

"This is not a new fight for me," Clinton said during a town hall in New Hampshire. "When we support American manufacturing we support not only American jobs today but innovation for the future."

The campaign didn't release a total cost for the plan, but Clinton said she will pay for her jobs agenda by imposing higher taxes on the wealthy, closing loopholes and eliminating some deductions. Clinton plans to propose an "exit tax" to crack down on practices that allow U.S. companies to merge with overseas corporations to lower their tax bills.

Clinton's jobs agenda, which she recently began rolling out, also includes plans to invest $275 billion to rebuild American roads, bridges and other infrastructure. Clinton's focus on jobs for middle-class Americans comes as her chief rival, Vermont Sen. Bernie Sanders, focuses his campaign on raising American wages - and accusing Clinton of being too close to Wall Street and corporate interests.

Encouraging companies to reinvest in communities that are suffering from a loss in manufacturing jobs is at the center of Clinton's proposal. Her plan would allow communities facing job losses to apply for investment tax incentives aimed at attracting new capital and businesses.

Clinton says she's focused on manufacturing jobs because they are often higher paying.

Before Clinton introduced her manufacturing plan Tuesday, she wasted no time slamming Republican candidate Donald Trump with very strong language. She called his plan to bar all Muslims from entering the U.S. a "shameless and a dangerous idea," adding that "Trump is playing right into" the hands of radical jihadists. Clinton went on to say that it's not just Trump using dangerous rhetoric, it's the entire GOP field: "They are all driving the exact narrative that jihadists want to advance," she said.