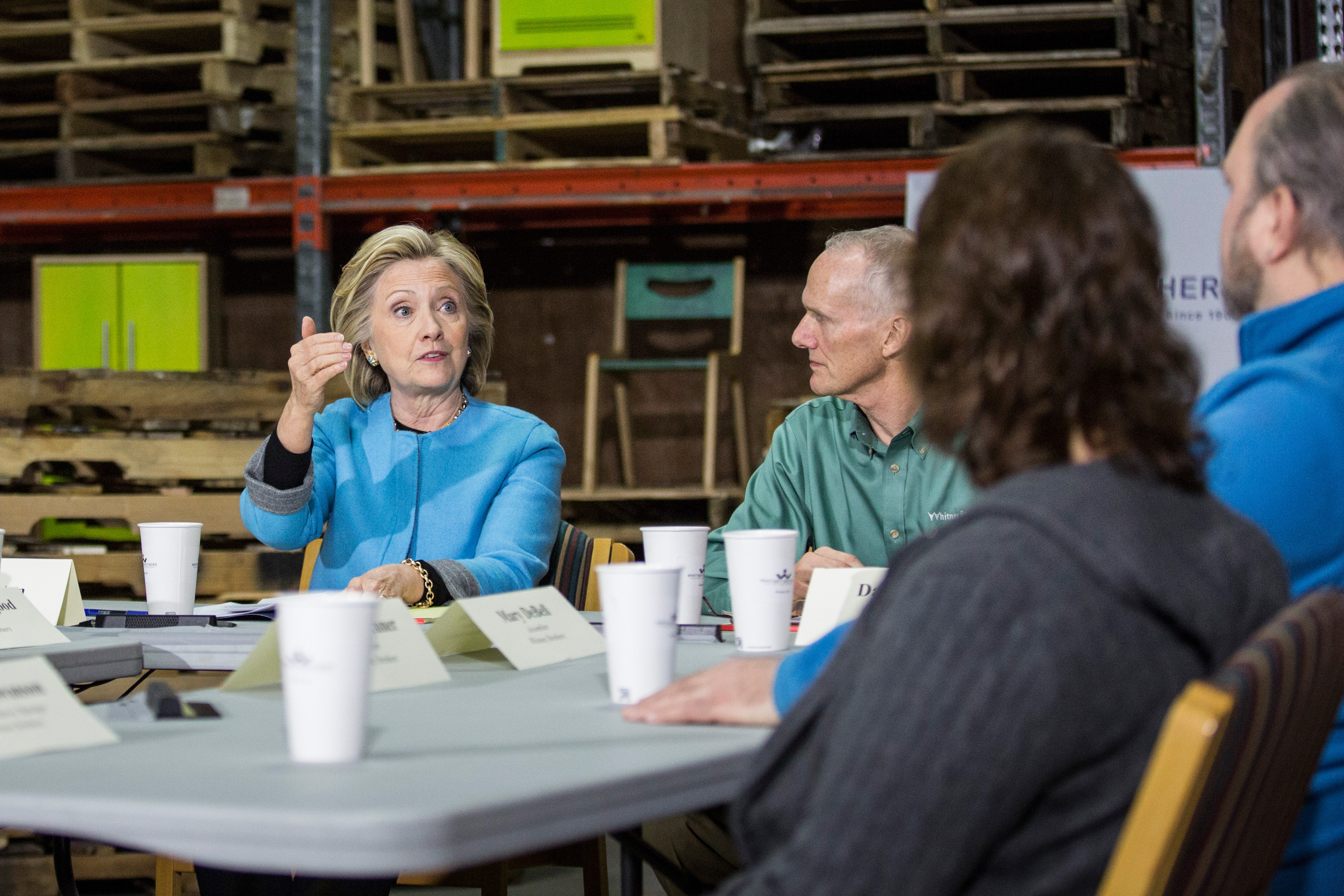 Hillary Clinton on Monday promised a group of New Hampshire voters that she will make the "quiet epidemic" of substance abuse, and mental health issues in general, a big part of her presidential campaign.

Substance abuse, Clinton said, is "not just something we can brush under the rug," pointing to the HIV epidemic that broke out in Austin, Indiana due to drug abuse and the sharing of dirty needles. She argued that more resources should be dedicated to treatment opportunities.

The former secretary of state was meeting with a group of about 20 employees at Whitney Brothers, a 112-year old family-owned company in Keene, New Hampshire that manufactures educational toys and furniture for young children. The roundtable discussion marked her first official event as a presidential candidate in New Hampshire, a key primary state.

The discussion about substance abuse started when Whitney Brothers employee Pamela Livengood said there is a growing drug problem in their community.

After the event, Clinton told reporters that she's holding small events in Iowa, New Hampshire and elsewhere to hear about problems like this.

"I want to hear from people of New Hampshire what's on their minds," she said. "I have to tell you, before I went to Iowa last week I wasn't aware of the depth of feeling people had about substance abuse issues, so here again, I heard it in New Hampshire, so I want people to know that I'm listening."

Clinton addressed a range of other issues at the event, including early childcare, taxes and Social Security. Proposals to privatize Social Security, Clinton said, are "just wrong."

The candidate also addressed allegations that foreign governments that made donations to the Clinton Foundation received favorable treatment from the State Department during her tenure as secretary of state. Clinton dismissed the allegations as a "distraction."

"It is, I think, worth noting that the Republicans seem to only be talking about me," she said. "I don't know what they'd talk about if I wasn't in the race, but I am in the race and hopefully we'll get on to the issues."

Before visiting Whitney Brothers, Clinton stopped at Kristin's Bistro & Bakery in Keene, where she was welcomed with applause and cheers.