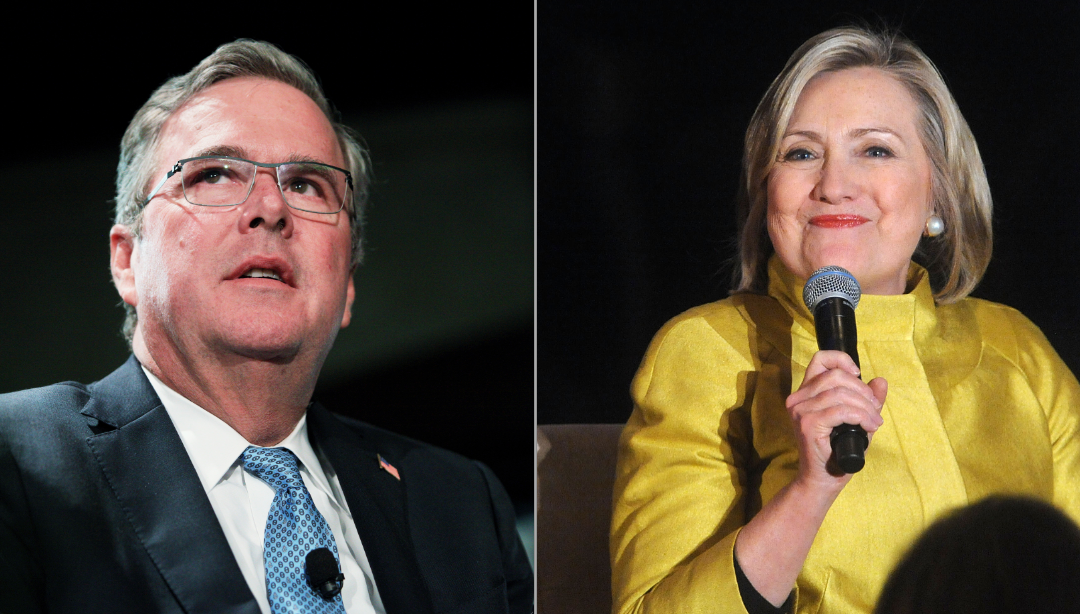 Former Secretary of State Hillary Clinton was the top choice for president in 2016 among an online panel of 500 millionaires surveyed by CNBC in November.

Former Florida Gov. Jeb Bush, a Republican, was the second choice overall, winning the support of 18 percent of the millionaires surveyed. Among Republican millionaires in the poll, Bush was the clear favorite, with 36 percent throwing their support behind the former governor. Bush has said he's weighing a 2016 bid and will decide whether or not to run after the beginning of the new year.

Gov. Chris Christie, R-New Jersey, also posted a respectable showing. Fourteen percent of the millionaires surveyed said they would like to see Christie in the Oval Office, including 19 percent of Republicans, and 19 percent of independents.

Even Sen. Elizabeth Warren, D-Massachusetts, who has built a reputation with her populist crusade crusade against income inequality, garnered a not-insignificant pool of support from the wealthy respondents. Eight percent of the millionaires surveyed said they'd like to see Warren win in 2016, including 14 percent of Democrats and 10 percent of independents.

CNBC's numbers were based on an online panel survey of 500 people with investable assets exceeding $1 million. The panel, CNBC notes, is "representative of the affluent population in the United States." Results compiled from the full sample have a margin of error of plus or minus 4.33 percent.