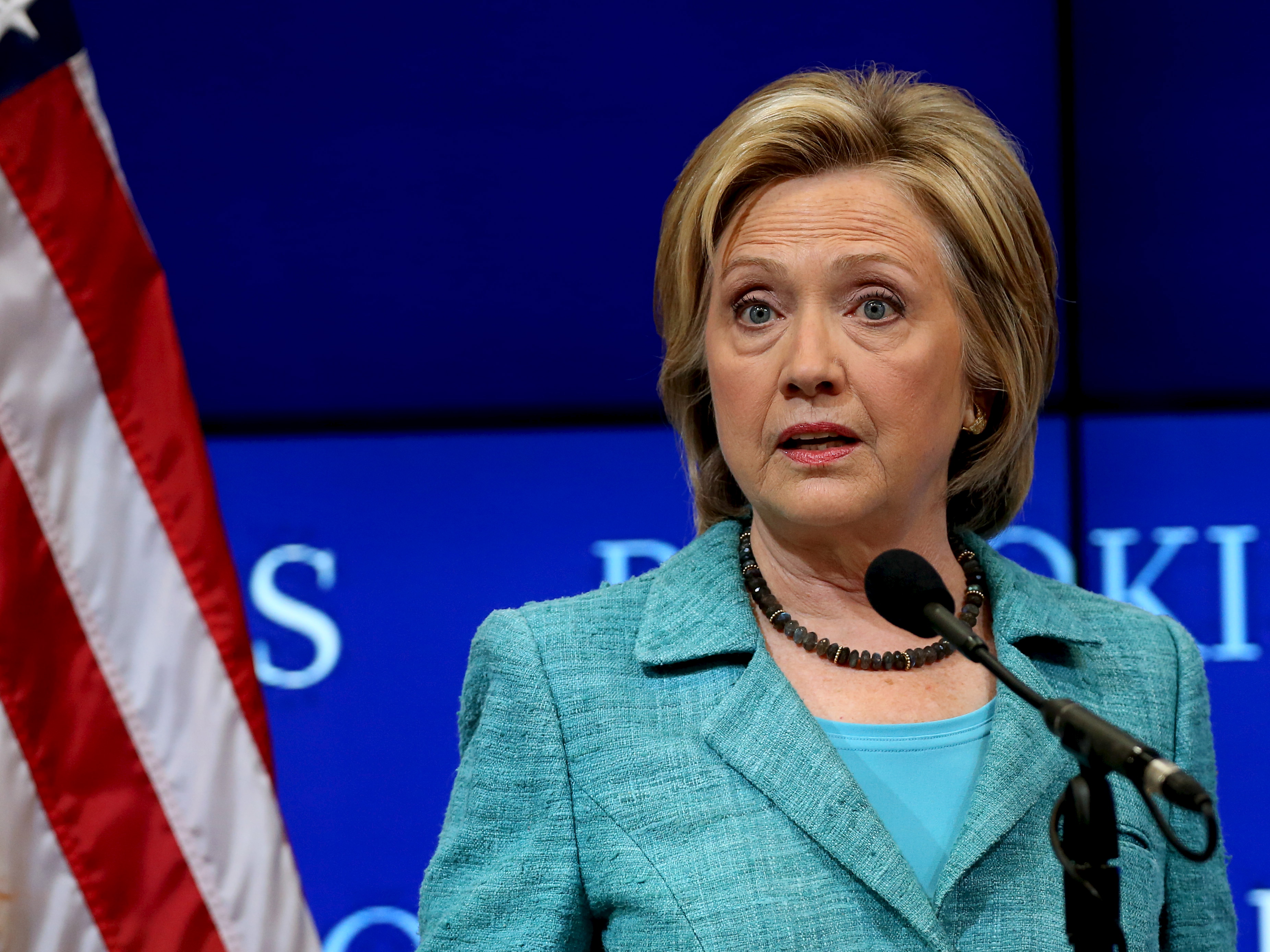 In a speech Wednesday, Hillary Clinton warned Iran that the U.S. will be prepared to act if it cheats on a nuclear deal aimed at curbing Iran's nuclear ambitions. And, she said, she expects them to try.

"We should anticipate that Iran will test the next president," she said. "They'll want to see how far they can bend the rules. That won't work if I'm in the White House. I'll hold the line against Iran noncompliance."

As president, Clinton said she would "not hesitate to take military action" if needed to stop that from happening. She offered her support for the landmark agreement, even as she admitted it wasn't ideal. "Is it perfect?" she asked, rhetorically. "Well, of course not. No agreement like this ever is. But is it a strong agreement? Yes, it is. And we absolutely should not turn it down."

Her remarks Wednesday came a day after Democrats secured 41 votes in the Senate, the number needed to block the passage of a disapproval resolution against the Iran nuclear accord, a major win for the White House.

"So we've got to start looking ahead to what comes next: enforcing it, deterring Iran and its proxies, and strengthening our allies," she told the audience at the Brookings Institution, in Washington.

Now, she says the U.S. must move forward with the comprehensive agreement or, as she put it, "we turn down a more dangerous path leading to a far less certain and riskier future."

But Clinton went on to describe her attitude toward Iran as one of caution. "My starting point will be one of distrust," she said, calling her approach toward the regime as one of "distrust and verify," a variation on President Ronald Reagan's "trust and verify" ethos when he dealt with the Soviet Union during the Cold War.

The nuclear agreement should not be considered a step toward normalizing relations with Iran, she said, adding, "[W]e shouldn't expect that this deal will lead to a broader change in their behavior. That shouldn't be a premise for proceeding."

But much of the responsibility for enacting the agreement will fall on the next administration, making the issue likely to linger in the coming presidential election. The deal would require Iran to dismantle most of its nuclear program for at least a decade in exchange for billions of dollars in relief from international sanctions.

Republicans are seizing on opposition to the deal by much of Congress and many American Jews to attack Clinton, frequently casting it as a key plank of an "Obama-Clinton foreign policy."

Clinton, who delivered her Iran speech on the same day Ted Cruz and Donald Trump planned to attend a rally protesting the Iran deal, said of her GOP opponents, "Several republican candidates boast they'll tear up this agreement. That's not leadership. That's recklessness. It would set us right down the very dangerous path we've worked so hard to avoid."

Still, a new Pew survey released on Tuesday found that just 21 percent of Americans approved of the deal - a 12 point drop since mid-July.

As secretary of state, Clinton helped facilitate the talks that eventually led to the nuclear deal, dispatching a top adviser to participate in the secret meetings with Iran through the sultan of Oman that started the international negotiations.

Since then, she's largely backed the negotiations, staying current with the talks with regular briefings from administration officials, according to aides who spoke on the condition of anonymity because they weren't authorized to publicly discuss private meetings.

Clinton's current support for the deal marks a striking role reversal for the second-time presidential candidate and her long-ago rival. In 2008, she called Obama's offer to meet with Iran's leader without preconditions "irresponsible and, frankly, naive." And when Clinton said she would "obliterate" Iran if the country used nuclear weapons against Israel, Obama likened her "bluster" to the "tough talk" of then-President George W. Bush.