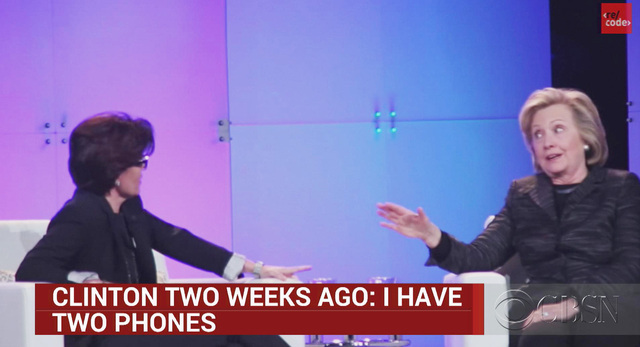 Former Secretary of State Hillary Clinton said Tuesday that her decision to use a personal email address while running the State Department was a matter of convenience: She didn't want to carry two phones for work and personal email.

But that opinion seems to have evolved over time.

When Swisher asked whether she uses an iPhone or an Android, Clinton immediately responded, "iPhone."

But then she added, "In full disclosure...and a Blackberry."

Clinton spoke publicly about her email habits for the first time Tuesday after the issue became a firestorm in Washington.

"I opted for convenience to use my personal email account, which was allowed by the State Department, because I thought it would be easier to carry just one device for my work and for my personal emails instead of two," Clinton said. "Looking back, it would have been better if I simply used a second email account and carried a second phone but at the time, this didn't seem like an issue."

Clinton did not, during the course of her news conference or during her interview with Swisher, talk about when she switched from one device to two.