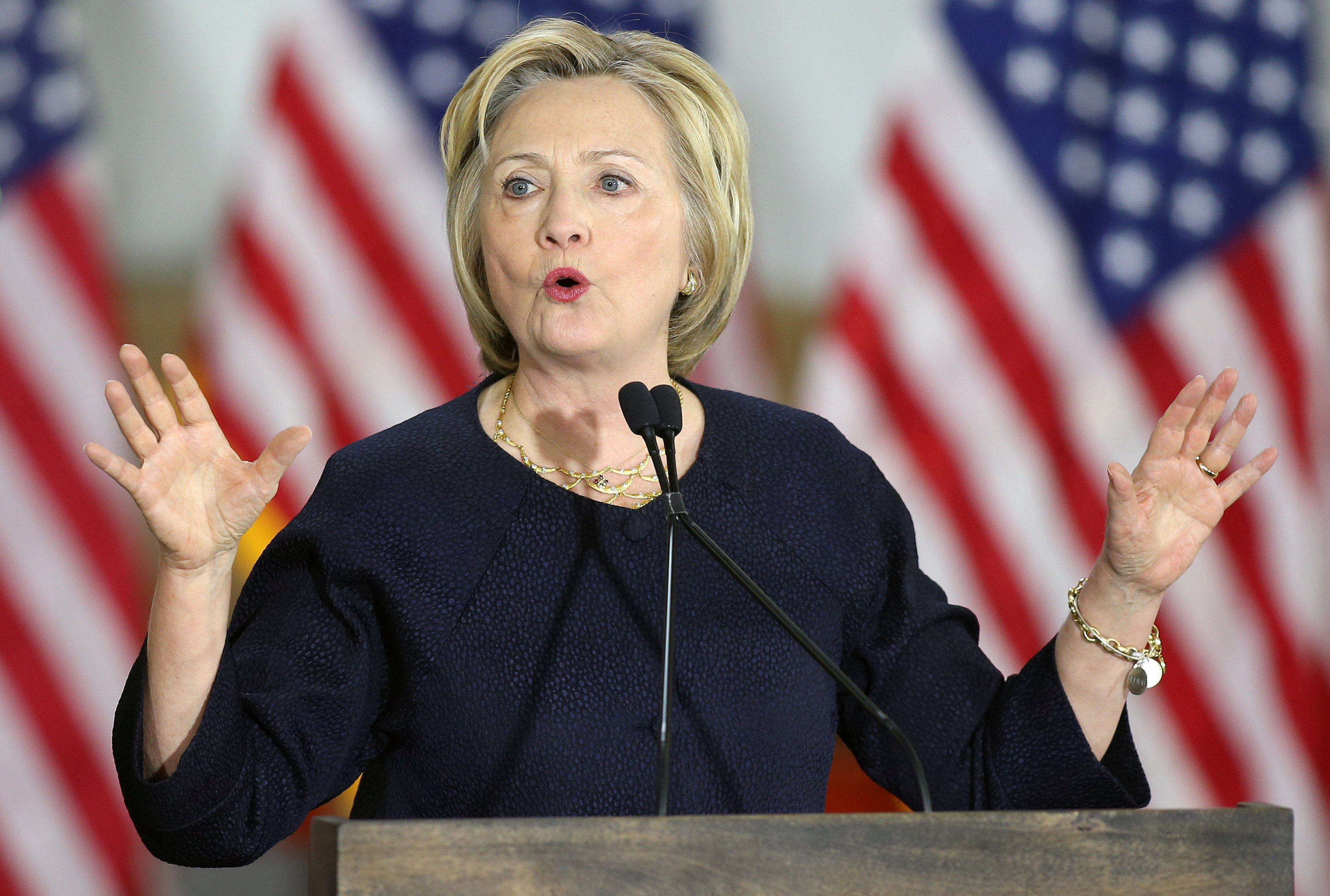 RALEIGH -- Hillary Clinton dismissed Donald Trump's personal attacks against her on Wednesday as nothing more than a ploy to distract voters from the real issues.

"I guess my speech yesterday must have gotten under his skin," she said at a campaign event in Raleigh, hours after Trump delivered a crushing forty minutes of blow after blow against Clinton in New York. "Because, right away, he lashed out on Twitter with outlandish lies and conspiracy theories and he did the same in his speech today."

In his speech, Trump called Clinton "volcanic" and suggested that she is the "most corrupt person" to ever run for President. He attacked her record as Secretary of State, her use of a private email server and for making millions off of speeches to Wall Street banks and other groups.

"He's going after me personally because he has no answers on the substance. That's even why he's attacking my faith," she said, before adding an ironic -- and apparently ad libbed -- "sigh."

In a meeting with evangelical leaders on Tuesday in New York, Trump appeared to question Clinton's faith. Clinton grew up Methodist, and has referenced her faith and the impact it has had on her life and career path on the campaign trail.

Clinton then defended the Clinton Foundation, which Trump blasted Wednesday morning, as a "foundation that saves and improves lives around the world."

The bulk of Clinton's remarks in Raleigh were about the economy and the "five ambitious goals" that she proposes the federal government take on.

"I have a clear vision of the economy and it's this: we need to make sure our economy works for everyone," she said, "not just for the rich or the well connected, not just for people living in some parts of the country or people from certain backgrounds and not others. I mean everyone."

Earlier Wednesday, Clinton met in Washington with House Democrats. House Minority Leader Nancy Pelosi, D-California, introduced Clinton with a story about the children of family friends who attended a recent White House reception, according to a Democratic aide.

The three boys looked at the portrait of the nation's 42nd president and one asked, "Who is that a painting of?" "Bill Clinton," the second boy asked who he was, and the third boy answered, "That's Hillary's husband."