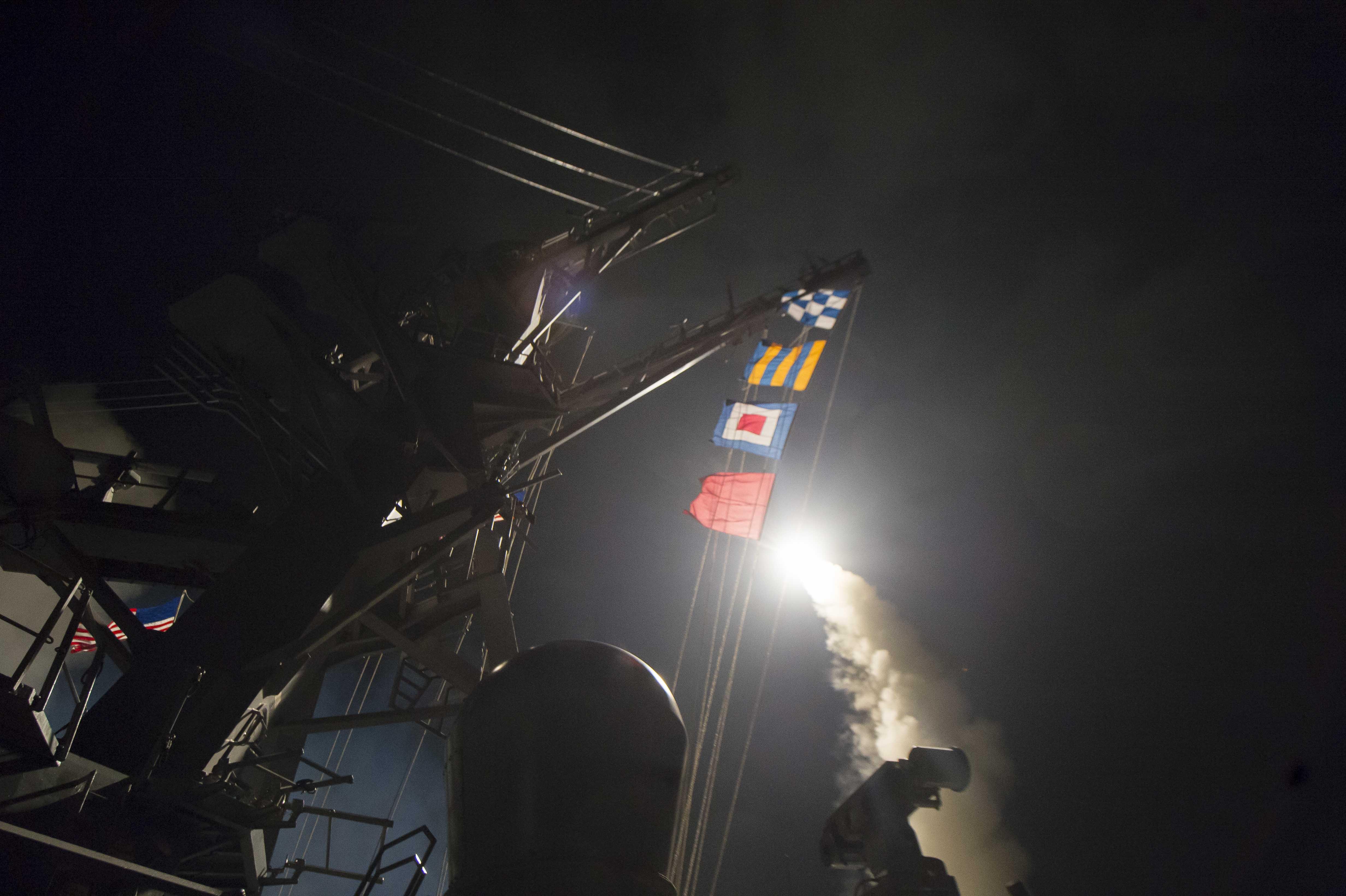 Former presidential candidate Hillary Clinton chided President Trump Friday for ordering airstrikes against the Syrian regime at the same time as he attempts to bar Syrian refugees from the U.S., urging the administration to “recognize that we cannot in one breath speak of protecting Syrian babies and in the next close America’s doors to them.”

Clinton, who served as secretary of state under former President Obama, weighed in less than a day after Mr. Trump authorized airstrikes against a Syrian regime target in retaliation for a chemical attack on civilians. She was addressing a luncheon for Annie’s List, which works to elect progressive women in the state of Texas.

During her tenure at the State Department and her presidential campaign, Clinton advocated for more aggressive action to deter Syrian dictator Bashar al-Assad and said the U.S. should implement a no-fly zone. She reiterated that position in an event in New York Thursday just hours before the airstrikes began.

“As I said yesterday afternoon it is essential that the world does more to deter Assad from committing future murderous atrocities,” Clinton said Friday. “But the action taken last night needs to be followed by a broader strategy to end Syria’s civil war and to eliminate ISIS strongholds on both sides of the border so I hope this administration will move forward in a way that is both strategic and consistent with our values.”

She did not mention Mr. Trump by name when discussing Syria, but concluded that the action in Syria the night before “serve as a reminder that “politics matter enormously.”

“The leaders we choose matter. The role the United States plays in the world matters,” Clinton said.

During her speech she lauded gains made by both women candidates and the Democratic Party in Texas during the 2016 election. Her own 9-point loss to Mr. Trump in the state, she said, was the closest presidential election in the state in two decades.

Her advice to those who still view the landscape as bleak in the wake of the election?

“Just turn off the TV. That’s my advice for the short term,” she said as the crowd laughed. “Just gets you agitated and upset.”

Education was a lifeline for this Syrian immigrant. Now he's helping others.
More
Rebecca Kaplan