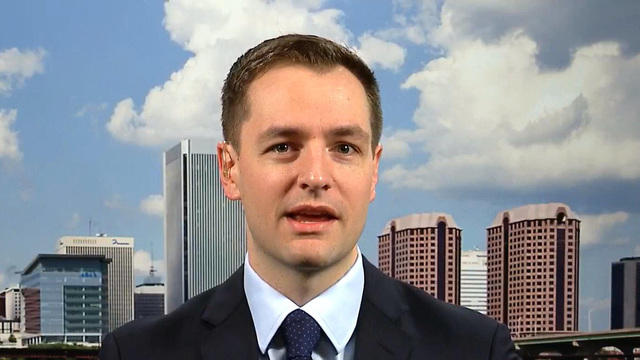 Hillary Clinton’s campaign manager Robby Mook said Tuesday that he thinks Donald Trump’s campaign now seems “a bit panicked” because of the GOP presidential nominee’s bad last week, which included the recent revelation that he declared a loss of nearly a billion dollars in his 1995 tax returns, as well as an early-morning Twitter attack on a former Miss Universe.

In an interview on “CBS This Morning,” Mook was asked how Democratic vice presidential nominee Tim Kaine will break through at the debate against his opponent Mike Pence Tuesday night.

“I think the Trump campaign is a bit panicked right now,” he said. “They need to change the narrative, they need to change the message, they’ve had a bad week so we’re expecting them to throw a lot of mud. It’s going to be very interesting to see how Mike Pence responds to questions about Trump’s behavior in the last week.”

Mook wondered if Pence would defend Trump’s 5 a.m. tweets about former Miss Universe Alicia Machado -- in which he called her “disgusting,” and urged Twitter users to “check out [her] sex tape” -- and the new revelations by the New York Times that he might have avoided paying income taxes for up to 18 years.

Clinton and her top surrogates have been spending time and money in Ohio, where polls show a tight race -- she had events in Toledo and Akron Monday, and Bill Clinton has events in Ohio Tuesday.  But asked if it’s essential for Clinton to win Ohio in order to win the presidency, Mook said, “...no it is not but that completely separate from the fact that we are working as hard as we can to win Ohio.”

He was also asked to address comments from President Bill Clinton on Monday in which he described Obamacare as a “crazy system.”

“What he was referring to was the healthcare system both as it used to be and then sometimes what happens in some of these markets you know where basically the marketplace skews the cost. This is exactly why we’ve got to do something about premium increase, but I assume also he was including in that prescription drug prices.”