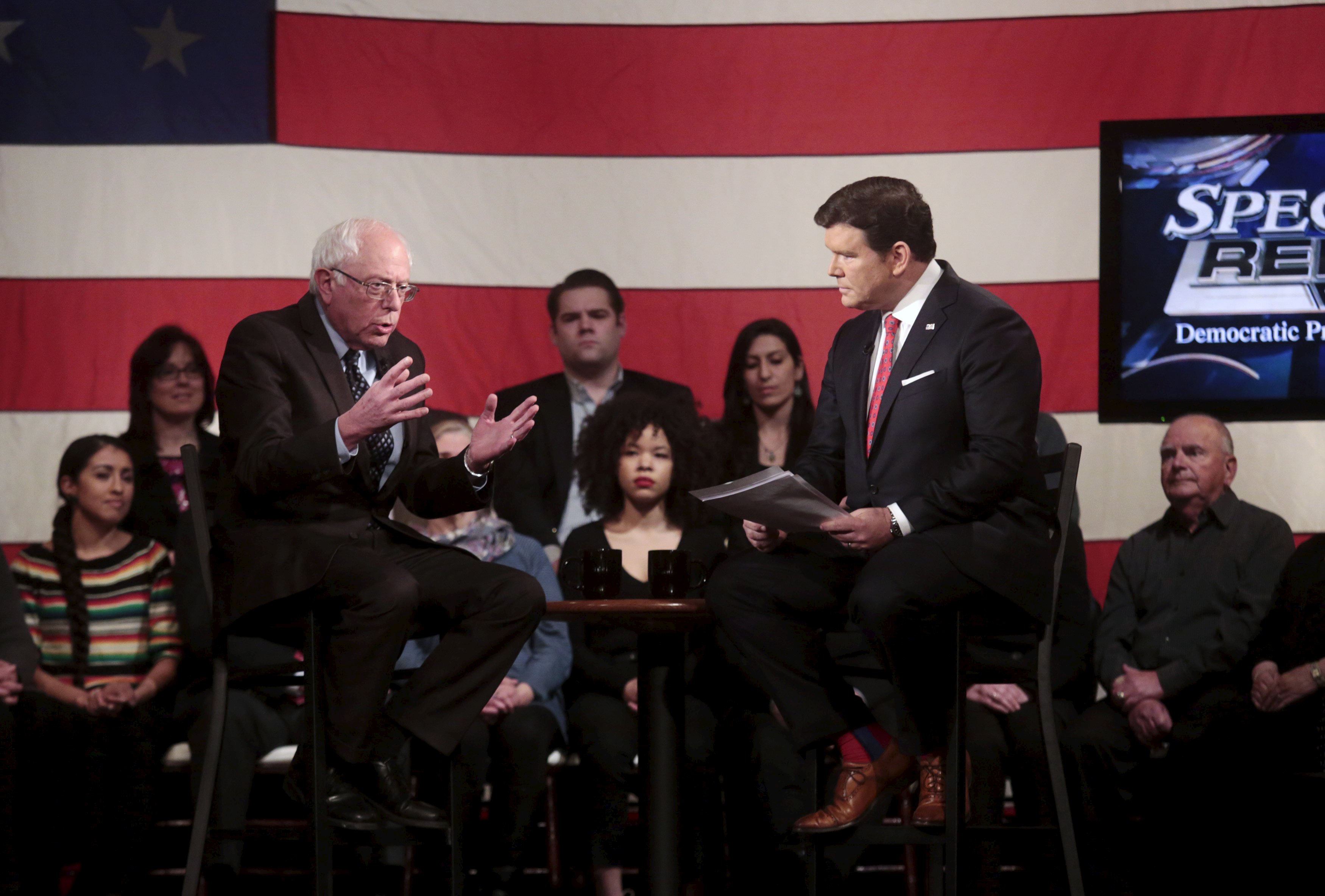 After seven Democratic debates without a question about abortion rights, Hillary Clinton and Bernie Sanders on Monday evening finally addressed the subject during a Fox News televised town hall.

While both candidates -- like most Democrats -- are both well known as in favor of abortion rights, they gave slightly different answers on the question of late-term abortions.

Asked generally whether abortion should ever be illegal, Sen. Bernie Sanders said, "I happen to believe that it is wrong for the government to be telling a woman what to be doing with her own body."

He chided Republicans who broadly oppose government interference in people's personal lives, "but somehow on this issue they want to tell every woman in America what she should do with her body."

Asked more specifically if he would support restrictions on abortions for pregnancies farther along than five months, Sanders simply responded, "I am very strongly pro-choice. That is a choice to be made between a woman, her physician and her family."

Clinton, by contrast, noted that she has gone on the record as in favor of some "late-pregnancy regulation that would have exceptions for the life and health of the mother."

However, Clinton stressed that she objects to the recent efforts in Congress to pass a federal law banning abortions after 20 weeks with no exceptions. "Under Roe v. Wade, it is appropriate to say in these circumstances" that abortion rights may be restricted, she said -- "so long as there's an exception for the life and health of the mother."

"Under Roe v. Wade, women have this right to make this highly personal decision with their family," she said. "We've got to continue to stand up for a woman's right to make these decisions and to defend Planned Parenthood."

Abortion rights supporters and advocates have called on debate moderators to ask the Democrats about the issue, using the hashtag #AskAboutAbortion.

The Republicans, meanwhile, have already used multiple debates to express their opposition to abortion rights. Sen. Marco Rubio of Florida last month explained why he supports bans on abortion rights, even in cases of rape or incest.