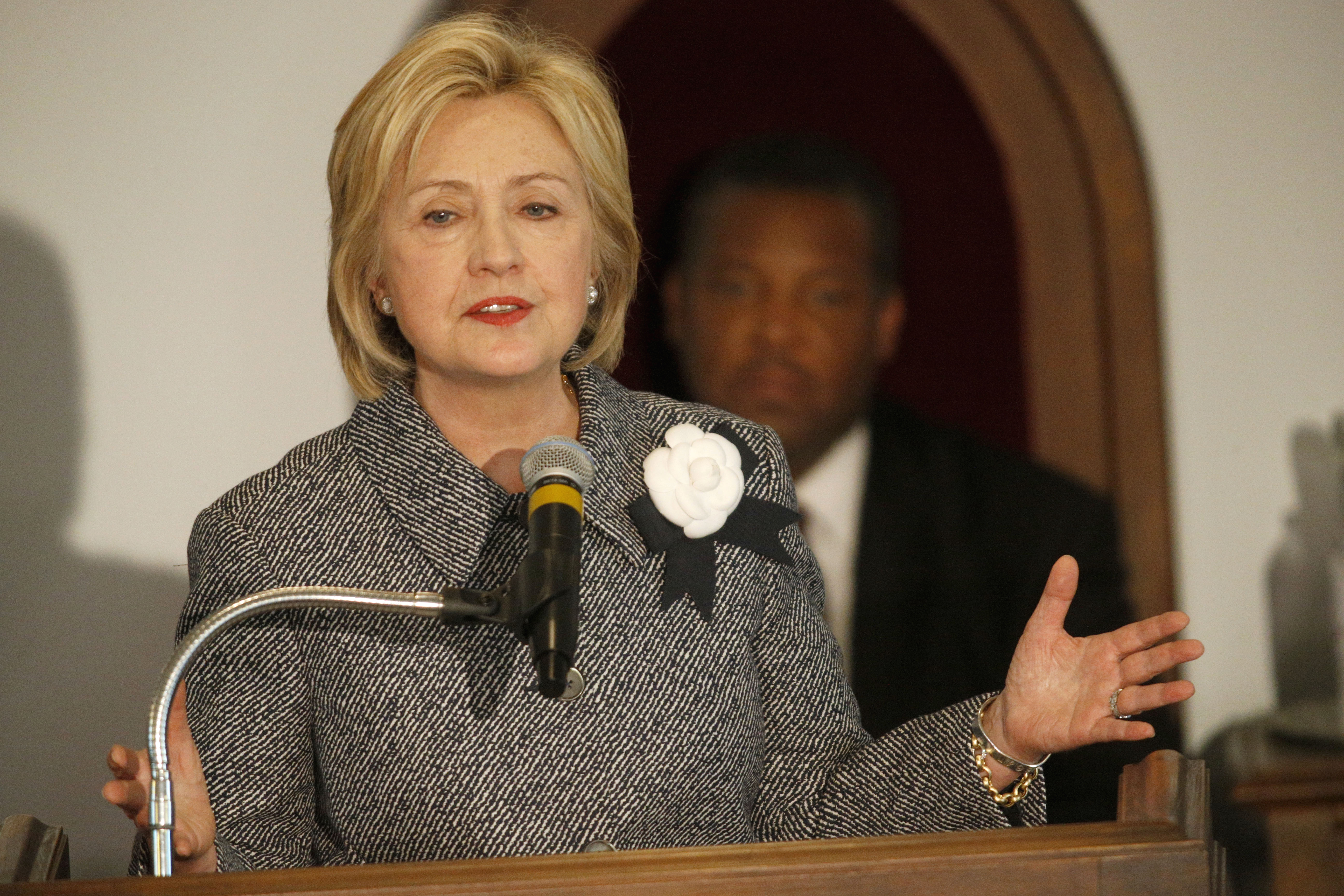 At the event, the Democratic presidential candidate was asked whether her position that all rape victims should be believed applies to the women who lodged those allegations against her husband: Paula Jones, Kathleen Willey and Juanita Broaddrick.

"Everybody should be believed at first before they are disbelieved based on evidence," Clinton replied.

Jones sued the former president while he was in the White House in 1994, accusing him of harassing her and asking for sexual favors when he served as governor of Arkansas and she was an Arkansas state employee. Bill Clinton denied her claims and later agreed to pay her $850,000 to drop her lawsuit.

Broaddrick later accused then-President Clinton in 1999 of raping her when she volunteered on his first gubernatorial campaign in 1978.

Willey, who was a volunteer at the White House, told CBS News in 1998 that President Clinton had lied under oath when he denied claims that he groped her in the Oval Office.