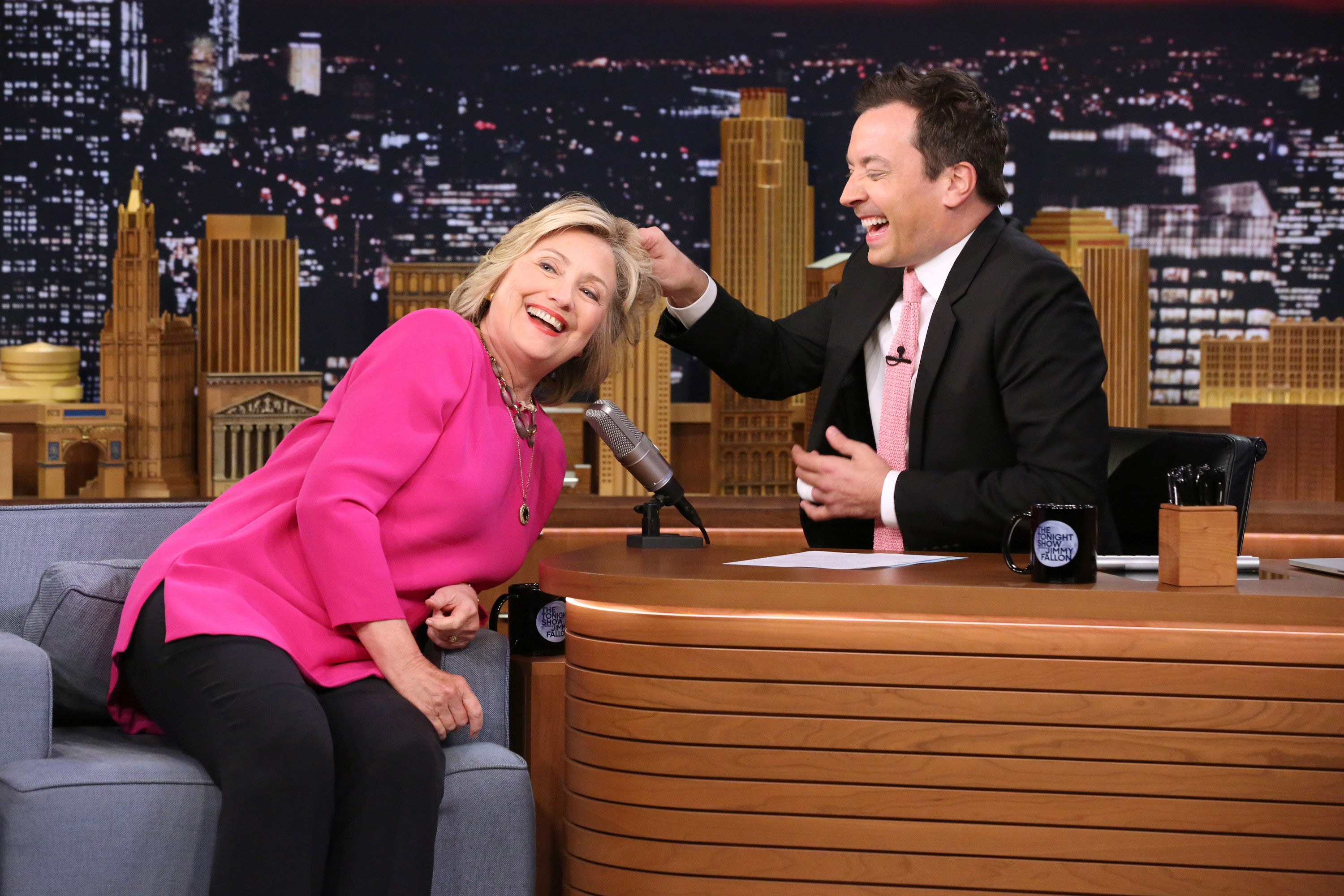 Hillary Clinton appeared on the "Tonight Show with Jimmy Fallon" on the same night her GOP counterparts hit the debate stage at the Reagan Library for their second clash of words.

Fittingly, Fallon reprised his Donald Trump for a sketch in which Trump offers to interview Clinton, asking her questions like what she would do for women in the country? What size wall should the government build to keep immigrants out of the U.S.?

Clinton asked Trump-Fallon about his stance on women's issues, and he responded, "Look, I know a lot of women and they all have issues!"

When Clinton later sat down with Fallon for an interview, Fallon asked Clinton to come clean about what is in her emails from her time as secretary of state. Clinton joked that the most significant one, an email about gefilte fish, has already come to light.

But then turning more serious, Clinton reiterated her statement that she is taking responsibility for having a private email server and is trying to be as transparent as possible.

"This is all retroactive," Clinton said, explaining that some information in the emails was only designated as classified later and that she did not send or receive any information that was classified at the time.

"And the stuff that's in it, I think, is really boring people, which kind of hurts my feelings to be honest!" Clinton said.

Fallon also asked Clinton about the Republican front-runners in the interview. Clinton joked that if Trump is elected, the White House could be renamed the Trump House, and if Ben Carson is elected, he could do neurosurgery in the White House basement.

When talking about Trump's criticism that she uses a teleprompter too often, Clinton impersonated Trump and said she could consider just speaking in a stream of consciousness. "You know, this is a huge election," Clinton said in her best Trump voice. "You never know what might happen. Let's get rid of the people who don't agree with us, and only talk to the people who do. You could do that without a teleprompter."