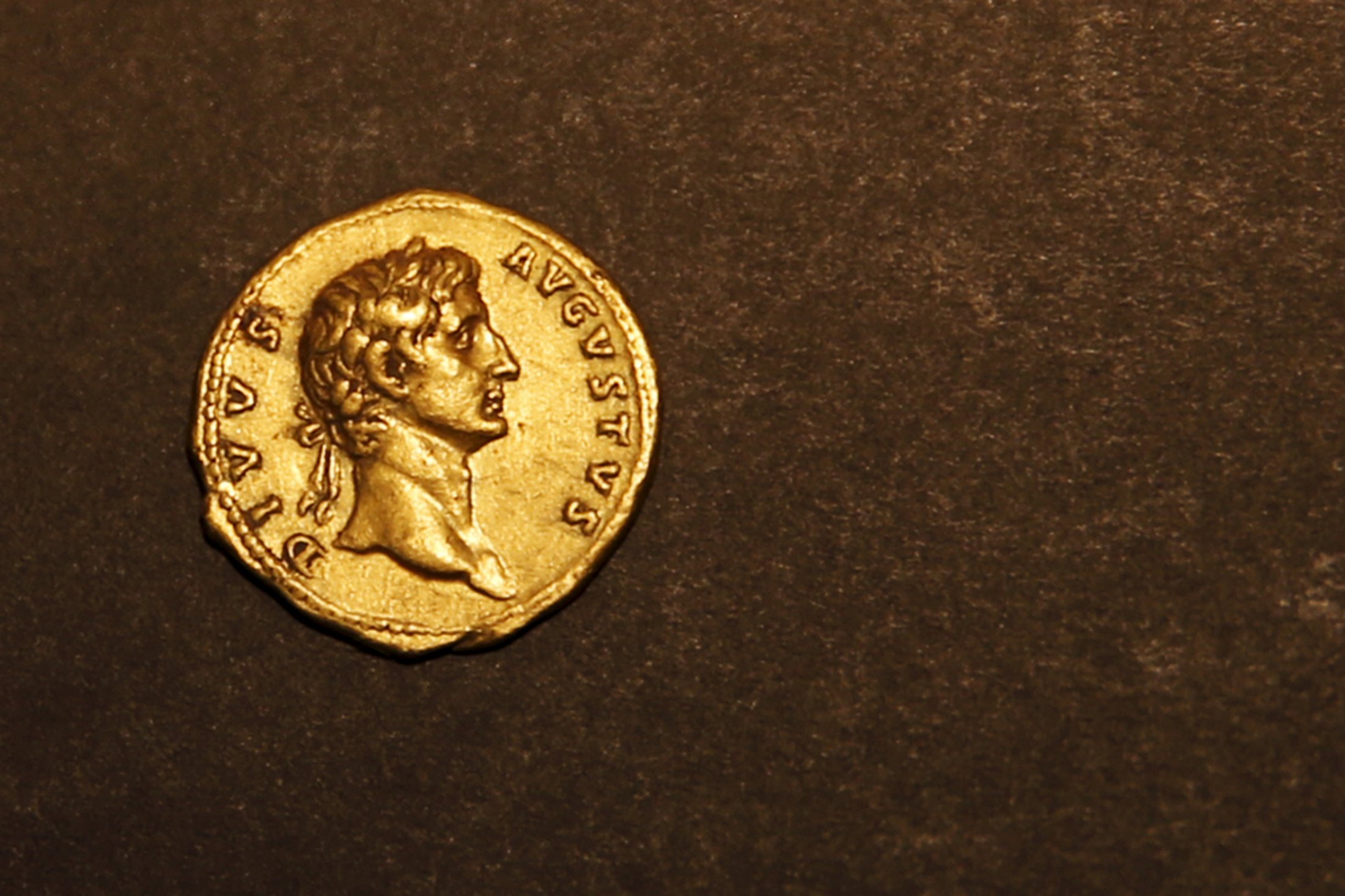 The authority said Monday that the ancient coin appears to be only the second of its kind to have been found. It said London's British Museum possesses the other coin.

The coin, from the year A.D. 107, bears the image of Augustus, the first emperor of the Roman Empire. It was minted as part of a series of coins honoring Roman rulers.

Antiquities Authority official Donald T. Ariel said the coin may have paid part of the salary of a Roman soldier.

The hiker, Laurie Rimon, happened upon the shiny coin on a recent walk in Israel's eastern Galilee region. The authority said she will receive a certificate of appreciation for handing over the coin.