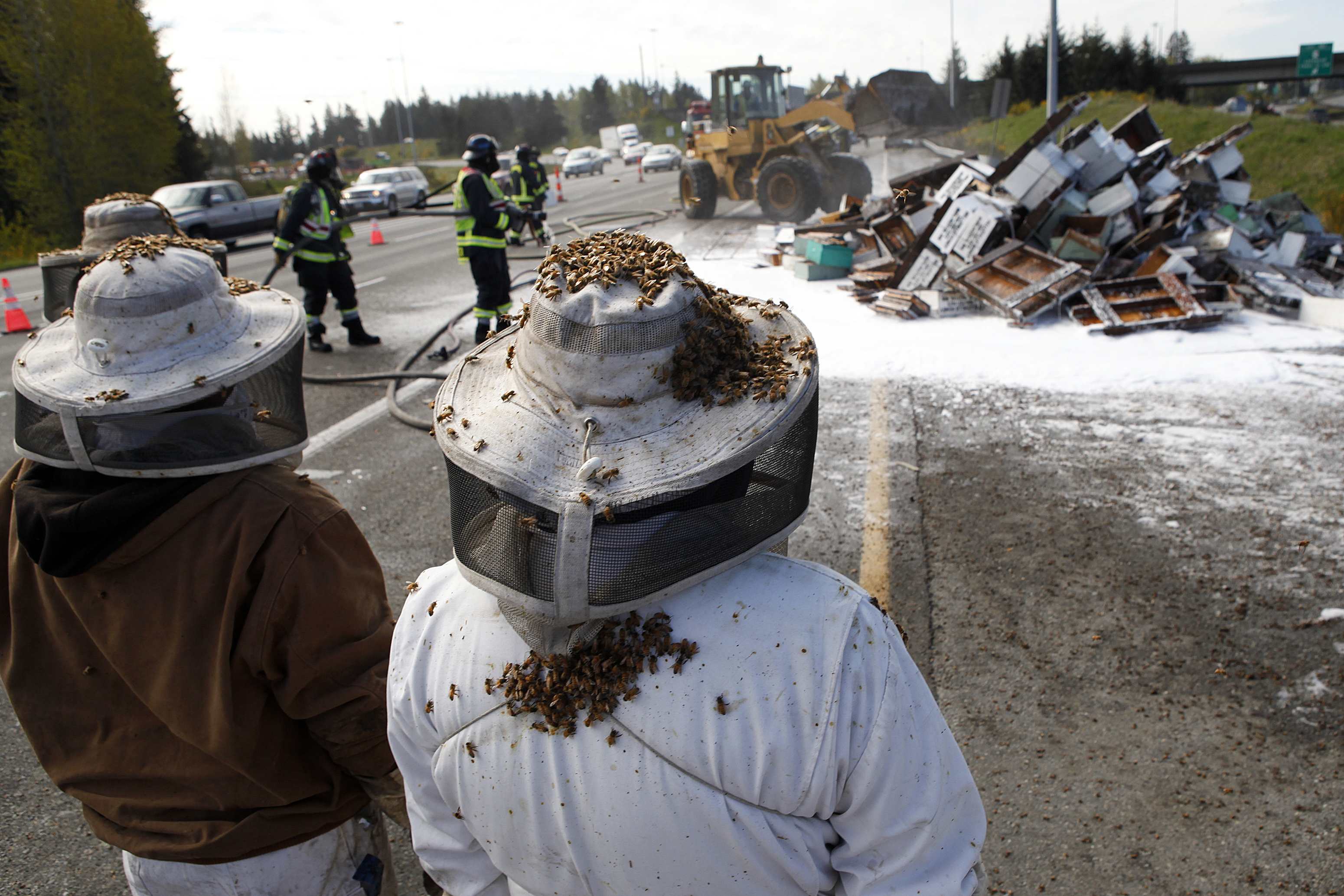 LYNNWOOD, Wash. -- A semitruck carrying millions of honeybees overturned on a highway north of Seattle early Friday, scattering hives and sending white-suited beekeepers scrambling to save as many insects as they could.

The truck had just merged onto Interstate 5 around 3:30 a.m. when it tipped on its side, dumping its load of 448 hives, or about 13.7 million bees, Washington State Patrol Trooper Travis Shearer said. The driver was not hurt.

Video from CBS affiliate KIRO-TV showed dozens of boxes of live bees scattered across the road. The company that owns the insects, Belleville Honey and Beekeeping Supply of Burlington, sent beekeepers to recover as many as possible, and bees covered their protective suits as they worked.

The bees became more active as the sun rose and the weather warmed, and firefighters had to spray a layer of foam on some of the boxes, killing the insects for safety.

Many of the hives were still along the highway more than seven hours after the accident, when a front-end loader began scooping them up and dumping them into a dump truck, Shearer said.

"I'm sure they'll take that somewhere and try to save as many as they can, but they can do that someplace safer, away from the I-5 corridor," he said.

Shearer said he heard that some of the firefighters had been stung. He urged drivers to keep their windows up and to "#beesafe when traveling through that area," as he wrote on Twitter.

KIRO posted a video compilation of its on-scene reporter swatting the insects as he reported on the accident. See reporter Jeff Dubois' battle of the bees here.

A man who answered the phone at the beekeeping company said he couldn't immediately answer any questions related to the accident. But an outgoing voice-mail message advised customers that a shipment of bees had been due to arrive and orders could be picked up beginning Friday.