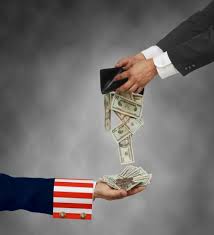 (MoneyWatch) Starting next year, people who have done some estate planning and made the maximum tax-free transfers to their families (and those thinking about doing it) can take another crack at it. Beginning January 1st 2014, the amount folks can pass on during life (and at their death) completely free from federal estate tax will increase by an additional $90,000.

Using the Consumer Price Index data for the most recent month and the preceding 11 months, the tax experts at Research Institute of America calculated and reported increases for 2014 to a number of tax limits including the income where the various marginal tax brackets apply, the standard deduction amounts, the personal exemption amount, and a number of other items. They also calculated adjusted amounts for the various estate tax and gift tax limits that will apply in 2014.

Here are a few of the new limits that affect tax free gifts made in 2014:

Other estate limits that change in 2014 include:

Gift tax annual exclusion. For gifts made in 2014, the gift tax annual exclusion will be $14,000 (same as for gifts made in 2013). Generally the amount that can be given to any individual each year that is excluded from the gift tax is $14,000 per person per year. In 2014, this amount is projected to remain at $14,000 per person as the amount that may be gifted annually free from the gift tax. Parents may also use the technique of "gift splitting" or combining gifts to a child, whereby they can each make a gift of $14,000, for a total amount of tax free gifts made of $28,000 to a single person or child each year.

In addition to the annual gifts, there are two specific types of gifts which are completely exempt and free from the gift tax. Check back in a few days when I'll write about those special tax-free gifts where no dollar limits apply.