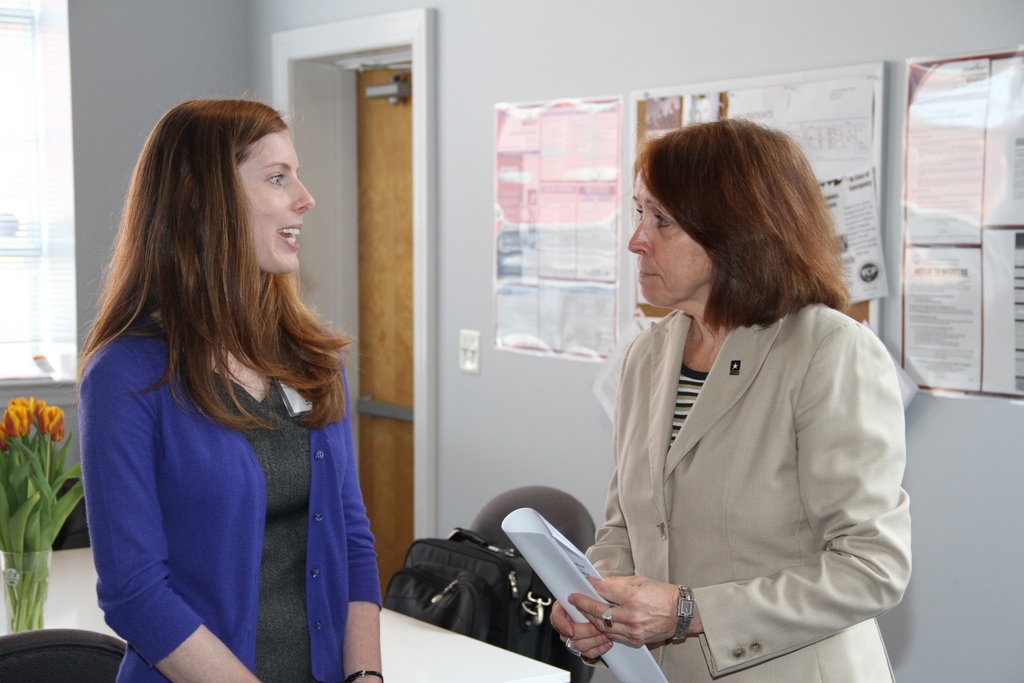 (MoneyWatch) We all know that in business, as in life, what you say and how you say it are critical to your relationships and your effectiveness. But what about where you say things? In the workplace, the choices you make about where and when to speak with people can have a real impact on the tone (perceived or otherwise) and outcome of those conversations.

Choosing a place to speak with someone depends on many factors: the nature and seriousness of the discussion (positive, negative, routine); working relationship (supervisory, peers); type of workplace (office, factory, retail, etc.); length of the discussion; and the number of people involved. But some good general rules of thumb are:

Get out from behind your desk. This was a strict rule my father had in my family's business, and it's stuck with me for 20 years. I "roll out" almost unfailingly to this day, and always notice it has a positive effect (In fact, I usually feel uncomfortable speaking to people from behind my desk.) Except in the very rare instances where an air of separation and authority may truly be needed and justified -- termination being a good example (although still not always strictly necessary) -- speaking with someone from behind a desk is unnecessarily officious and impersonal. Whether you're interviewing someone, holding a project meeting or offering guidance, get out from behind that big oaken (or Ikean) barrier, face the other person and have a conversation one human being to another.

Don't summon people. Again, unless there's a really good reason to do so, try to avoid "calling people in."  Consider walking over to see them, or scheduling a meeting in advance, rather than the almost cliche, "Bob, can I see you in my office, please" (made even worse if bellowed over a PA system for all to hear). If you think you're too important -- or your time is too valuable -- to do otherwise, think again. Assuming that your discussion is important and that you want the best outcome, beckoning someone to your door may not be the best way to deliver your message.

Meet on their turf, or neutral territory. Your office can be full of distractions and interruptions, and if you are (I hate this term) a "superior" -- especially in disciplinary situations -- it can be an intimidating environment. Some people think that is, in fact, an effective part of the management communication toolbox, but in my experience that is very rarely true in this day and age. Why not sit in the other person's office, as their guest, or meet in an empty conference room or cafeteria, or (as former Apple CEO Steve Jobs preferred) even do something as radical as taking a walk? With few exceptions, the setting of a conversation shouldn't feel like the principal's office or a courtroom.

Keep it private. I have visited clients and others who live in cube-land, and of course could overhear any number of other conversations going on around them. If you're in an open-office environment, even if you think people can't hear you, assume they can. So when your conversations are personal, disciplinary or otherwise sensitive,  to paraphrase the king of all buzz-phrases, "talk outside the box." If it's anything more than business-as-usual chatter, it has no place being conducted in the middle of the cube farm. Sometimes the very presence of certain people in certain other people's spaces sends signals and starts murmurs -- we've all seen it.

Speak at an equal level, literally and figuratively. This is, of course, interpersonal communications 101. Don't stand and speak to someone who's sitting (unless you're presenting to a group in an appropriate meeting setting). Try to stand up and greet people when they come into your office -- no one likes to look at your back while you type (I've been guilty of that, but I try to catch myself). In general, speak eye-to-eye, whether standing or sitting, with as few obstacles and imbalances as possible. Don't create a physical environment of superiority or inferiority; you're not a cop interrogating a suspect (unless you are, in which case, carry on!)

As with all people-related things in business -- whether dealing with customers, employees or anyone else -- the key is to always remember that a conversation is much more of an interaction between two people than between two positions or roles. You may have some control and authority, and you may well need to exercise it at times, but people will usually respond better to you if you reduce or eliminate any perception of inequality. As an owner or manager, you might be higher on the organizational chart. But as a human being, you're no more -- or rather, just as -- important.