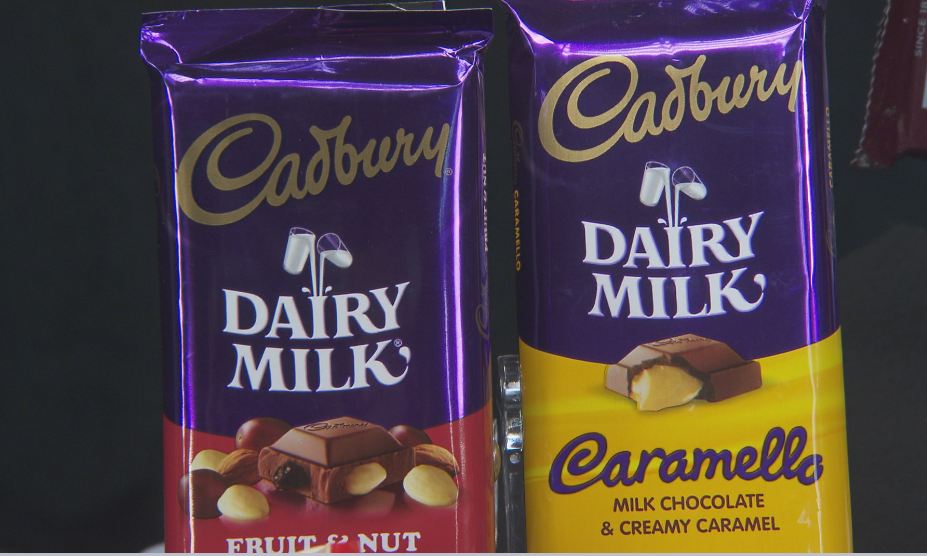 For more than 30 years, importers of British goods brought English Cadbury chocolate into the United States. Now, as a lawsuit between the American chocolate behemoth, Hershey, and the British importers draws to a close, fans of milky English bars of chocolate are anticipating a permanent dry spell, reports CBS News correspondent Vladimir Duthiers.

Luscious, tempting, sinful: chocolate is addictive. There's a reason why the world equates chocolate with love.

Joel Allegretti comes to Myers of Keswick in Manhattan's West Village for his fix.

"English Cadbury is better than American Cadbury," Allegretti said. "I have said that for years."

"American chocolate is just not quite there yet," Thomas said.

But with a ban on British milk chocolate looming near-panic is setting in, one couple is laying their hands on all the Cadbury imports they can before it takes effect.

Nicky Perry and her husband Sean Kavanagh-Dowsett own Tea and Sympathy, an English grocery and tea shop in New York City.

"This is a global world now," Perry said. "You can't turn around to us and say all of a sudden we can't have bars of chocolate."

Hershey has owned the rights to make Cadbury in the U.S. for nearly 30 years, and has largely ignored specialty shops selling the British version. But after noticing those stores were taking an increasing bite of the company's $7 billion business, Hershey's sued to stop all imports into the U.S.

"I really don't understand it, because with all that's going on is it really necessary to be banning chocolate?" customer Andie Sablowsky said.

Perry and Kavanagh-Dowsett said they'd love to have cameras in their shop when they get arrested for selling chocolate.

"They lead me off for, you know, selling chocolate. This is ridiculous," Perry said.

Lovers of the British-made Cadbury point to the ingredients to make their argument. British Cadbury defines milk chocolate as milk, sugar and cocoa butter, and the American version as sugar, milk, then chocolate. Small differences, perhaps, but they leave the British palate unsatisfied.

Hershey points out there are different regulatory standards for the making of chocolate in the U.S and U.K. The company's senior director of product development, Jim St. John, told CBS News the recipes are almost identical.

"You can imagine this warmed up in a cup on a cold morning in the mountains, this is like the bar equivalent of a steamy cup of hot chocolate," Buford said.

While he said the American-made one tasted different, the battle has nothing to do with which is better.

"It's not only personal preference but there's also a very sentimental idea, which is that if you grow up with this, this is England made," Buford said.

Therein lies the issue. While the case may be playing itself out in a Yankee court, in the end, what's at stake may really be more a matter of hearts and minds.

"It's kind of like a nationalistic food. It's hot dogs on the 4th of July," Buford said.

For some, it's the power of chocolate that remains important.

"There's all sorts of reports you can read and studies where they say that chocolate triggers something in the human mind and it releases a certain level of endorphins and it's sense, memory," Kavanagh-Dowsett said.

"I think he's trying to tell you that chocolate's orgasmic, which it is," Perry added.

The final settlement in the Hershey's lawsuit will be reached in several weeks. The main importers of British Cadbury chocolate will pay a fine and be banned from bringing over chocolate.

Rachel Dratch: Hollywood sees me as a troll