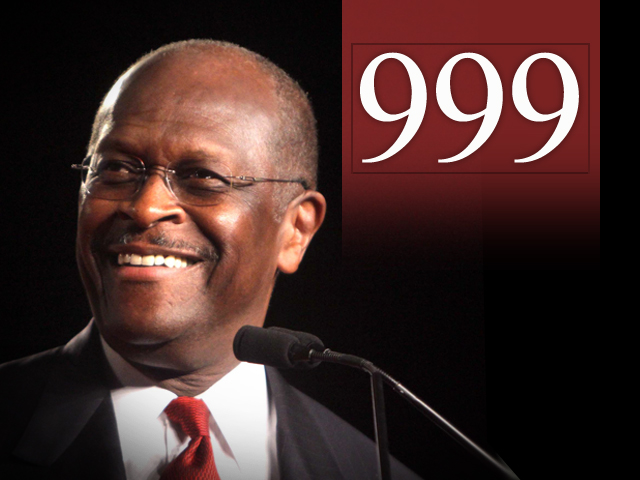 The former CEO of Godfather's pizza garnered 27 percent support in the telephone poll released Wednesday night, more than five times the 5 percent support he had in August. Romney's 23 percent remained the same.

Cain, a successful motivational speaker, has been gaining traction in recent weeks as an alternative to Romney, a former Massachusetts governor who is unpopular among many factions of the Republican party despite his near-constant frontrunner status.

Cain is the latest contender to take on Romney after Texas Gov. Rick Perry briefly flirted with frontrunner status before weak debate performances over the past month caused his support to dwindle.

Perry's support plunged to 16 percent in October from 38 percent in August.

Rep. Michele Bachmann had also surged in the polls briefly in late summer before losing traction and shedding campaign staff.

With the higher profile, Cain is facing more scrutiny, specifically over his 9-9-9 tax plan which would scrap the entire U.S. tax code and replace it with a simpler, more regressive 9 percent income tax, 9 percent corporate tax and 9 percent sales tax.

A Bloomberg News analysis of his plan found that his plan would cost the government about $200 billion in lost revenue, a finding Cain disputes.Cain vowed to add more staff to boost his fledgling operation, which at times has appeared to be designed to sell books rather than mount a serious challenge to Romney.Now that his campaign has received more attention, Cain said he can afford to beef up."We have run this very lean by design. We are now going to ramp up," he told reporters near the New Hampshire State House Wednesday afternoon, according to the Houston Chronicle.

"We now have the money to do so. I didn't want to get out in front and commit to spending a whole lot of money before I knew that the American people were going to say, 'You know what? This long shot may not be such a long shot," he said.