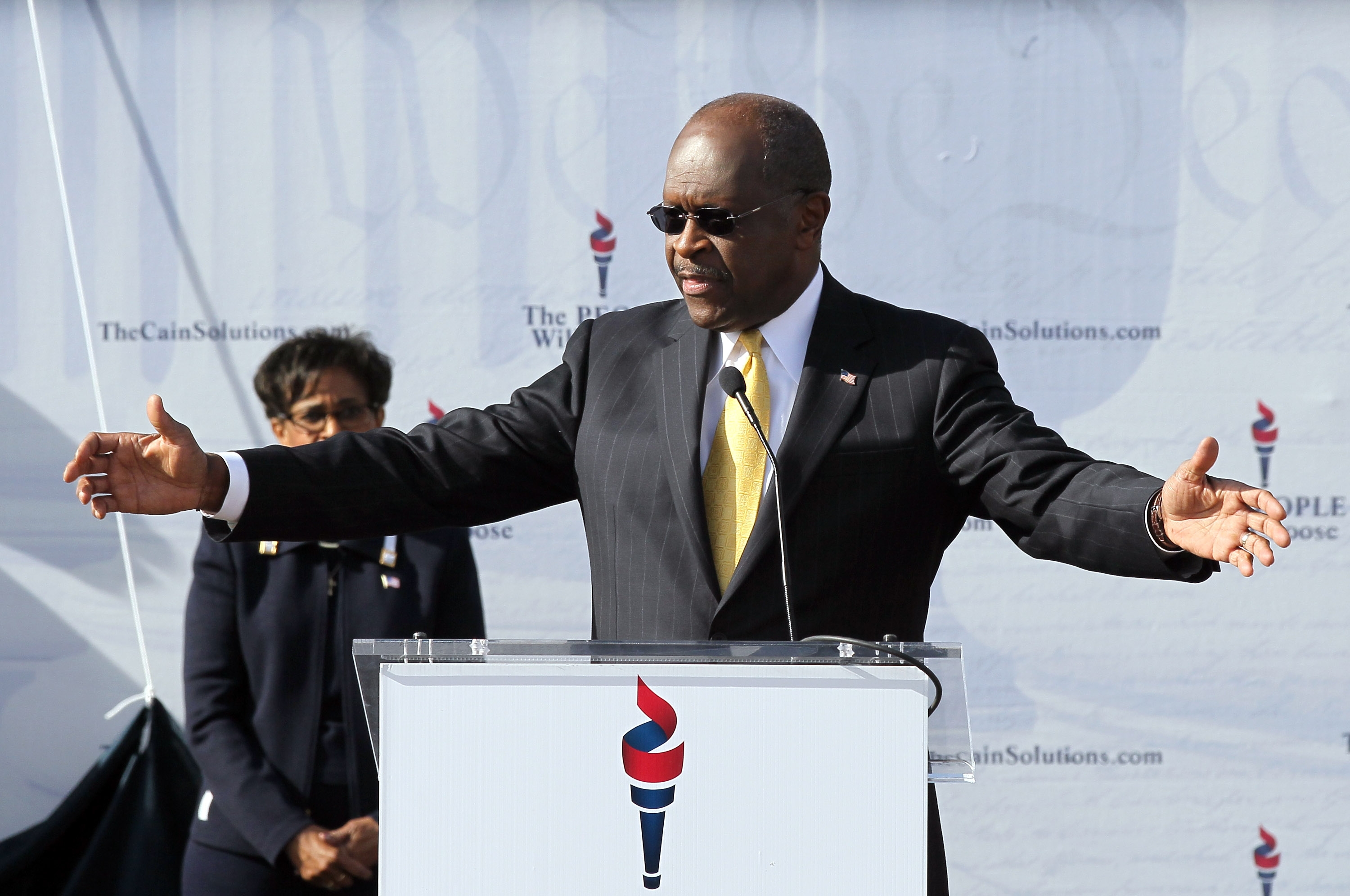 (CBS News) Acknowledging his endorsement has "evolved" since backing "the American people" and then later Newt Gingrich in the GOP presidential race, Herman Cain on Wednesday formally threw his support behind presumptive nominee Mitt Romney.

The former pizza chain magnate said he will be traveling as a surrogate for Romney -- something he said he's already been doing for weeks but not making "a big deal out of it."

Standing with Rep. Steve King, R-Iowa, and former candidate Rep. Michele Bachmann, R-Minn., at the Capitol Hill Club in Washington, D.C. following a tea party panel, Cain acknowledged some differences between himself and the former Massachusetts governor, but insisted he's been "consistent throughout my participation in the process ... that I would endorse the ultimate nominee."

"In the words of my grandfather, what Gov. Romney did in Massachusetts, 'I does not care,'" Cain said when questioned about Romney's more liberal platforms as governor.

Cain told CBS News/National Journal after the news conference that he spoke with Romney a few weeks ago, but confirmed the endorsement with his chief of staff earlier Wednesday "to make sure that the governor knew about it so he wouldn't see it on the news first."

He added that when he spoke with Romney, "I said, `Governor, I'm not looking for anything'" - including a possible VP offer.

"If Gov. Romney were to make the decision that he wanted me to serve in this capacity, because of call to duty I would have to consider it," Cain said, adding that there is "a 99.9 percent chance" he will not run for governor of Georgia down the road, as some have speculated.

"Speculation about me running for another public office right now is totally a figment of somebody's imagination," he said.