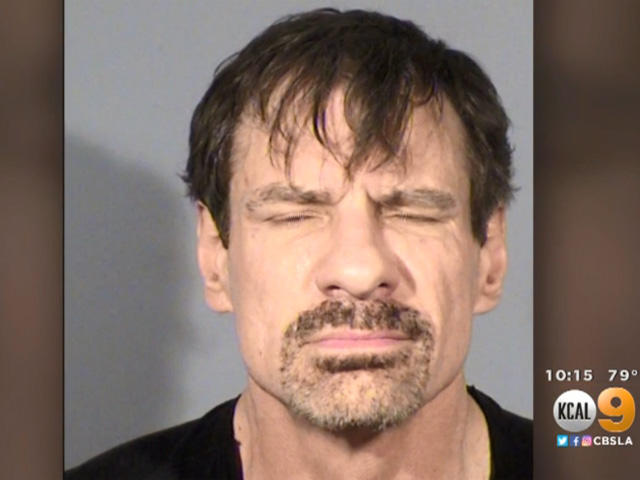 LAS VEGAS -- Tech billionaire and advocate of crime victims Henry T. Nicholas III is facing drug counts after being arrested along with a woman Tuesday at a Las Vegas Strip casino-resort.

Nicholas was arrested on suspicion of trafficking heroin, cocaine, meth and ecstasy, Las Vegas police officer Larry Hadfield said Thursday. He added police responded to the casino-resort following a report from security, which had found contraband in a room.

Nicholas' attorney, David Chesnoff, told The Associated Press his team is doing its own investigation and will "deal with the facts in court." Court records show Nicholas has been released on his own recognizance.

The woman arrested with Nicholas was identified as Ashley Fargo, reportedly the ex-wife of an heir to the Wells Fargo fortune. Hadfield said she faces the same counts as Nicholas. Court records show she has also been released on her own recognizance.

It was not immediately clear if Fargo has legal representation.

Records for the pair show a court hearing scheduled for September.

Nicholas co-founded high-tech chipmaker Broadcom Corp. in 1991 and resigned as president and CEO in 2003. In 2008, he was indicted on narcotics and securities fraud charges. The charges in the securities case were dismissed in 2009 and the narcotics case in 2010.

The billionaire is an advocate for crime victims and has bankrolled ballot measures in the U.S. to guarantee them and their family members some rights. The so-called "Marsy's Law" victims' bill of rights is named after Nicholas' sister, Marsalee "Marsy" Nicholas, a California college student who was stalked and killed in 1983 by an ex-boyfriend.

Five states - California, Ohio, Illinois, North Dakota and South Dakota - have a Marsy's Law on their books. South Dakota altered its law earlier this year to help police and prosecutors cut down on unforeseen bureaucratic problems it created. Montana voters passed a Marsy's Law in 2016 that the state Supreme Court later overturned, citing flaws in how it was written.

The Marsy's Law national organization in a statement released Thursday said its cause is "far greater than any one person.

"The allegations in the media should not interfere with Marsy's Law, the victims rights movement started by Dr. Nicholas, that so many victims, advocates, law enforcement leaders, staff and volunteers are working to advance across the country," the organization said.

In Nevada, Marsy's Law will appear on the ballot in November as a legislatively referred constitutional amendment, after the measure was approved during the 2015 and 2017 legislative sessions, as required by law. Nevada Attorney General Adam Laxalt, Clark County Sheriff Joe Lombardo and Clark County District Attorney Steve Wolfson have previously endorsed the measure.