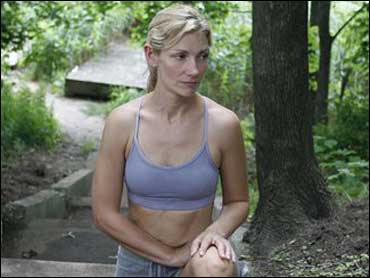 An open casting call for "All My Children" is far from business as usual: The soap opera is seeking an Iraq war veteran to play an injured veteran.

The ABC daytime show has created a romantic story line to combine entertainment and a window into the challenges faced after combat, said executive producer Julie Hanan Carruthers.

"All My Children" has launched a broad search to fill the role, inviting veterans to contact the show's New York casting director. The series also is working with a veterans' support group, USA Cares, as well as the military.

"It will make it such a heightened experience for the audience and for us ... to cast a real-life soldier, a veteran, and bring him into our created drama," Carruthers said.

The veteran-turned-actor will play the character of Brot, a key figure in a plot that's already under way and involves a visitor to fictional Pine Valley, Army Lt. Taylor Thompson (Beth Ehlers).

Taylor, who was stationed in Iraq and is on medical leave, has come to town to deliver medals to fellow soldier Dr. Frankie Hubbard (Cornelius Smith Jr.). But it's Brot, the soldier and lover she believes died in combat, who's on her mind.

Brot, however, survived. Unwilling to involve Taylor in his suffering, he's allowed her to think he's dead.

Their story will begin unfolding when the right veteran is found for the part, Carruthers said. The casting call isn't limited to those who were wounded in the war, an ABC spokesman said.

But the role will shaped around a veteran's experience, possibly including a war-caused disability, Carruthers said.

"It's a very delicate subject to begin with. There's so much about the individual person that's going to help us create the character, and whatever they bring and whatever their challenge is will be fit into the story," she said.

The show has woven potentially controversial events and themes into drama before, from the Vietnam War to, in recent years, a plot involving a lesbian mother who was forced to give up her daughter.

Also figuring in the "All My Children" wartime story is Jake Martin (Ricky Paull Goldin), an anti-war physician who provides differing social and political points of view.

Viewers accept tough issues in TV shows when they are dealt with on a personal rather than a political basis, Carruthers said.

"The audience embraces it because they relate to the people involved, who they care about," she said, allowing viewers to "surpass personal biases."

USA Cares, a nonprofit group that provides financial and other support to wounded soldiers and their families, is helping the show's writers assess the accuracy of medical and military details, said spokesman John Revell.

"They're great at drama but there are many nuances that can be left out without getting the reality from the troops themselves," Revell said.