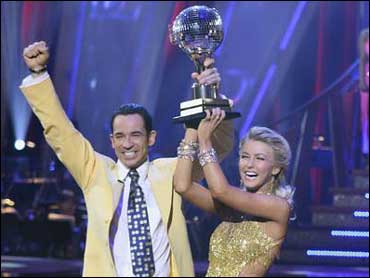 Photos: "Dancing With The Stars" Finale
Photos: The Stork Club

In a statement released by Penske Racing, Castroneves says his girlfriend and child were doing well and the baby already has him running around "like crazy."

The Brazilian became the first foreigner to win Indy three times in May. He was fourth in points in 2009 despite missing the season's first race while fighting tax evasion charges. Castroneves was acquitted of all but one charge in April, and that was later dropped.