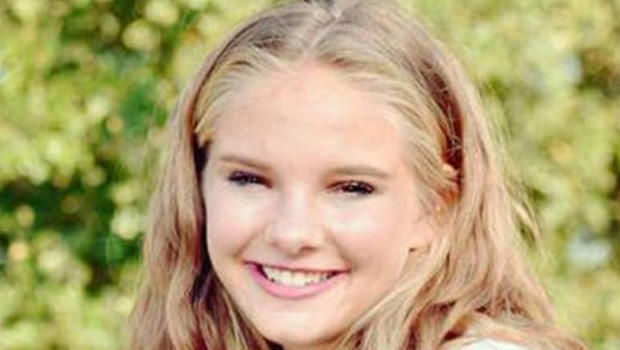 SAN ANTONIO -- A 15-year-old girl from the Beaumont, Texas area recently reunited with her family has died, reports CBS San Antonio affiliate KENS-TV. Heaven Cox disappeared from her Orange County, Texas, home in November, sparking a nationwide search. It was suspected she'd left with someone who'd preyed on her on the internet.

Authorities announced she'd been found safe five days later, on November 30, and she was reunited with family members.

Her mother announced her death on Facebook Saturday, saying, "Our sweet Heaven left us to be with Jesus this afternoon around 4:00. Some bright lights are not meant for this dark and cruel world. I know that Dusty and Gracie were there to welcome her. Sing with the angels sweet girl. I love you."

Cox's family didn't provide her cause of death.

CBS Houston affiliate KHOU-TV reported when Cox was found that the Orange County, Texas Sheriff's Office issued a statement offering some details: "After following several leads and speaking with numerous individuals, Orange County Investigators located Heaven Cox at a residence in Louisiana. Heaven was unharmed and has been reunited with her family this evening.

"Preliminary reports are that Heaven left her residence last Saturday on her own accord, but we will continue to speak to all persons involved. We have not ruled out pending criminal charges.

"The residence where Heaven was located belonged to a relative of a person that was known by Heaven. This investigation will continue and we will relay further information as it becomes available.