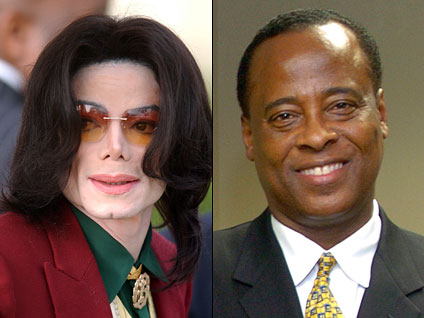 LOS ANGELES (CBS/AP) On Monday a judge set  preliminary hearing where prosecutors will lay out some of the evidence against Conrad Murray, the doctor charged in Michael Jackson's death, to begin on Jan. 4 in Los Angeles.

The 57-year-old Murray has pleaded not guilty to involuntary manslaughter in the death of Jackson in June 2009.

The hearing had been expected to begin later this year but was pushed back due to issues involving witness availability and the ongoing investigation, Superior Court Judge Michael Pastor said.

The hearing is expected to last at least two weeks.

After the hearing Pastor will determine if there is enough evidence to order cardiologist Conrad Murray to stand trial.

Several members of Jackson's family, including his mother Katherine and father Joseph, attended Monday's hearing. They waved to fans who were allowed into the courtroom wearing T-shirts seeking justice for the pop singer.

Authorities have accused Murray of administering a lethal dose of the anesthetic propofol to Jackson in the bedroom of the singer's rented mansion.

Murray's attorneys have said the doctor did not give Jackson anything that should have killed him.

Murray's defense team wants permission to retest three chemical samples currently held by the coroner's office. Attorney J. Michael Flanagan said the samples were obtained from two syringes and an IV, but he did not elaborate.

Prosecutor David Walgren sought more information about the tests and whether the samples might be destroyed.

Pastor urged both sides to work out a deal on the request.

Murray is due back in court on Oct. 26 for another status hearing.