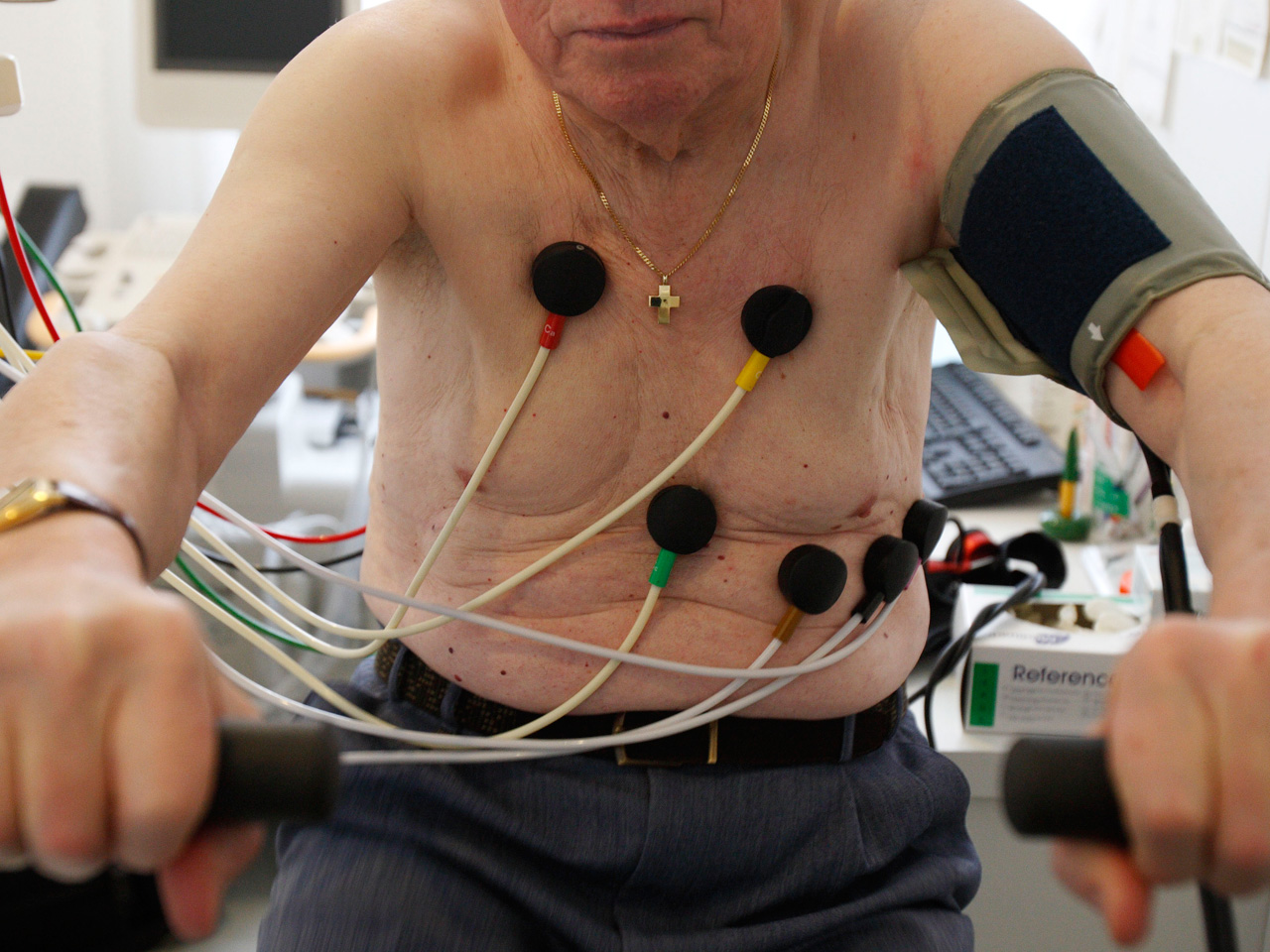 (CBS News) An electrocardiogram (EKG) won't predict the likelihood of a heart attack or heart problem in healthy people and as such, should not be offered by a doctor, medical experts announced Monday in new guidelines from the U.S. Preventive Services Task Force.

An EKG, or ECG, is a simple, non-invasive test that measures electrical activity from the heart. Information picked up from an EKG may determine how fast a heart beat is, or whether it has a steady or problematic rhythm. An irregular EKG could detect a major heart problem, including heart attacks, arrhythmias and heart failure.

While the panel recommends against giving EKGs to healthy people, some physicians believe they're important in order to establish baseline measures when people are healthy in case things later go awry, in order to compare the results.

According to the new guidelines, which were first released by the task force in 2004, an EKG given to a patient at rest or while exercising won't predict heart disease or a coronary event in people who aren't at high risk of having heart problems. The guidelines carry a grade "D" recommendation, meaning physicians should not offer the tests. They are published in the July 30 online edition of the Annals of Internal Medicine.

"It's important to realize first off that this is a recommendation for people without symptoms," Dr. Joy Melnikow, director of family and community medicine for the Center for Healthcare Policy and Research at University of California, Davis, told HealthPop.

Melnikow says healthy, low-risk people are not likely to develop heart disease, so an abnormal EKG in this group is more likely to be a false positive test result. False positives can lead to additional, more invasive tests including coronary angiography (also called cardiac catheter), that requires injecting dye into the body so doctors can observe blood flow through an X-ray. A cardiac catheter could lead to serious side effects like an allergic reaction to the dye, stroke or heart attack, in addition to risks from unnecessary radiation exposure.

That's why the task force is recommending against EKGs for healthy individuals. The panel updated the guidelines from its 2004 recommendations to include a review of recent research, in part because the general feeling is these tests are still being done, Melnikow said.

Dr. Suzanne Steinbaum, director of women and heart disease at Lenox Hill Hospital in New York City, said EKG screening is often given in a primary care doctor's office and the new guidelines reflect "nothing that's new," in that people without symptoms or risk factors should not get an EKG.

However Steinbaum, a cardiologist, said healthy people should get at least one EKG a decade starting their early 20s. She said when a patient is showing symptoms that may require an EKG, she then wants to then compare the findings to an EKG given by a primary care doctor when the patient was healthy, to determine if something has changed. She also said an EKG could benefit seemingly healthy young athletes, given a growing number of them are dying from sudden cardiac death without showing any previous symptoms.

"Everyone has to have one EKG when they're healthy, for something to compare it to if something goes awry," Steinbaum told HealthPop. She was not involved with the task force's new recommendations.

For the new guidelines, the U.S. Preventive Services Task Force also looked at whether an EKG could differentiate between whether a person was at intermediate or high-risk for a heart attack in those who are at risk for heart problems, including smokers and those with high cholesterol or blood pressure. The panel wanted to see whether an EKG could help target the highest-risk people, potentially leading to more research and better treatment interventions.

"However we found no evidence that would enable us to answer that question," Melnikow said. Unlike the grade "D" guideline recommendation for EKGs in healthy people, the task force did not have enough evidence to provide a recommendation.

The task force, a panel of physician experts to the government that advise on treatment guidelines, has recently issued medical care recommendations on a variety of health topics, including screening for obesity, hormone therapy for older women and whether taking vitamin Dcould protect against osteoporosis and cancer.

In May, the task force issued controversial guidelines recommending against screening for prostate cancer with a prostate-specific antigen (PSA) blood test, saying a positive test was more likely to cause harm than good because of side effects from surgery or radiation.

Heart disease is the leading cause of death in the U.S. for both men and women, taking about 600,000 lives each year.

Rather than getting an EKG, Melnikow said staying healthy is the best way to prevent against heart problems. Preventable risk factors for heart disease include inactivity, obesity, high blood pressure and cholesterol, smoking and Type 2 diabetes.

The government's Million Hearts campaign has more on protecting your heart health.