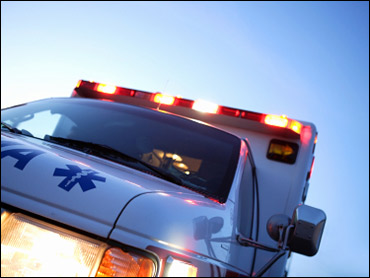 Emergency rooms, the only choice for patients who can't find care elsewhere, may grow even more crowded with longer wait times under the nation's new health law.

That might come as a surprise to those who thought getting 32 million more people covered by health insurance would ease ER crowding. It would seem these patients would be able to get routine health care by visiting a doctor's office, as most of the insured do.

But it's not that simple. Consider:

There's already a shortage of front-line family physicians in some places and experts think that will get worse.

People without insurance aren't the ones filling up the nation's emergency rooms. Far from it. The uninsured are no more likely to use ERs than people with private insurance, perhaps because they're wary of huge bills.

The biggest users of emergency rooms by far are Medicaid recipients. And the new health insurance law will increase their ranks by about 16 million. Medicaid is the state and federal program for low-income families and the disabled. And many family doctors limit the number of Medicaid patients they take because of low government reimbursements.

Rand Corp. researcher Dr. Arthur L. Kellermann predicts this from the new law: "More people will have coverage and will be less afraid to go to the emergency department if they're sick or hurt and have nowhere else to go. ... We just don't have other places in the system for these folks to go."

Kellermann and other experts point to Massachusetts, the model for federal health overhaul where a 2006 law requires insurance for almost everyone. Reports from the state find ER visits continuing to rise since the law passed - contrary to hopes of its backers who reasoned that expanding coverage would give many people access to doctors offices.

Massachusetts reported a 7 percent increase in ER visits between 2005 and 2007. A more recent estimate drawn from Boston area hospitals showed an ER visit increase of 4 percent from 2006 to 2008 - not dramatic, but still a bit ahead of national trends.

"Just because we've insured people doesn't mean they now have access," said Dr. Elijah Berg, a Boston area ER doctor. "They're coming to the emergency department because they don't have access to alternatives."

Crowding and long waits have plagued U.S. emergency departments for years. A 2009 report by the Government Accountability Office, Congress' investigative arm, found ER patients who should have been seen immediately waited nearly a half-hour.

"We're starting out with crowded conditions and anticipating things will only get worse," said American College of Emergency Physicians president Dr. Angela Gardner.

But many experts say solving ER crowding is more complicated.

What's causing crowding? Imagine an emergency department with a front door and a back door.

There's crowding at both ends.

At the front door, ERs are strained by an aging population and more people with chronic illnesses like diabetes. Many ERs closed during the 1990s, leaving fewer to handle the load. The American Hospital Association's annual survey shows a 10 percent decline in emergency departments from 1991 to 2008. Meanwhile, emergency visits rose dramatically.

That's why easing crowding will take more than just access to primary care. It also will take hospitals that run more efficiently, moving patients through the system and getting ER patients upstairs more quickly, Kellermann said.

Ideas that work include bedside admitting, where a staffer takes a patient's insurance information as treatment starts.

That and other strategies are being tried at St. Francis Hospital and Health Centers in Indianapolis. There, the performance of nurse managers is measured by how long admitted patients wait in the emergency department for a bed upstairs.

A Chicago hospital, too, is readying for the onslaught of ER patients. On the city's South Side, Advocate Trinity Hospital handles 40,000 emergency visits a year and is expecting more because of the new law.

Greeter Stephanie Bailey makes sure patients don't get frustrated while they're waiting. She can take their vital signs and inform staff if the patient is about to leave without treatment.

Inside the emergency department, a giant sheet of paper hangs on a wall. It's hand-lettered in orange and purple, and tracks daily progress on hospital goals: How many patients left before they were treated? How many minutes did patients stay in the ER?

On a recent day, the note said "0.0 percent" of the patients left without treatment. Someone had added a smiley face. But there was no smiley face next to the average ER length of stay for the same day - nearly four hours. The hospital's goal is three.

President Trump received the second-most votes of all time, with more than 73 million.

Americans are fiercely split, not only about policy, but on the basic decency of the other side.