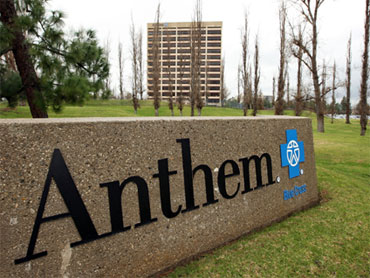 The California Department of Insurance said Wednesday it approved a rate increase averaging about 14 percent for Anthem Blue Cross customers. The department also approved a nearly 19 percent increase for Blue Shield of California.

Anthem, the state's largest for-profit insurer, had previously requested a boost that would have raised rates as much as 39 percent for some customers, with average increases of about 25 percent.

Anthem's rate hike was repeatedly criticized by President Barack Obama as an example of a broken health care system in the run-up to the vote on federal health care reform.

Anthem spokeswoman Kristin Binns said in a written statement the company "is pleased that the department has posed no objections to our individual rate filings and we look forward to continuing to serve consumers in California."

"We wish it were a much smaller increase, but this is unfortunately what we're paying out to hospitals, doctors and pharmaceutical companies to pay the cost of the claims of these members," said Tom Epstein, spokesman for Blue Shield.

Insurance Commissioner Steve Poizner instituted independent reviews of the top four insurers in the state in June to help keep the companies in line with California law mandating 70 percent of income be used for medical treatment of policyholders.

The rate hikes by Anthem and Blue Shield underwent independent reviews that were released Wednesday and found the two major insurers to be in compliance with the law.

"The fact that Anthem had to pull back and reduce their rate hike shows that public oversight can work, but we're not going to have the presidential spotlight on every future rate increase," Wright said.

Providers must give 30 days notice to policyholders before increasing rates.