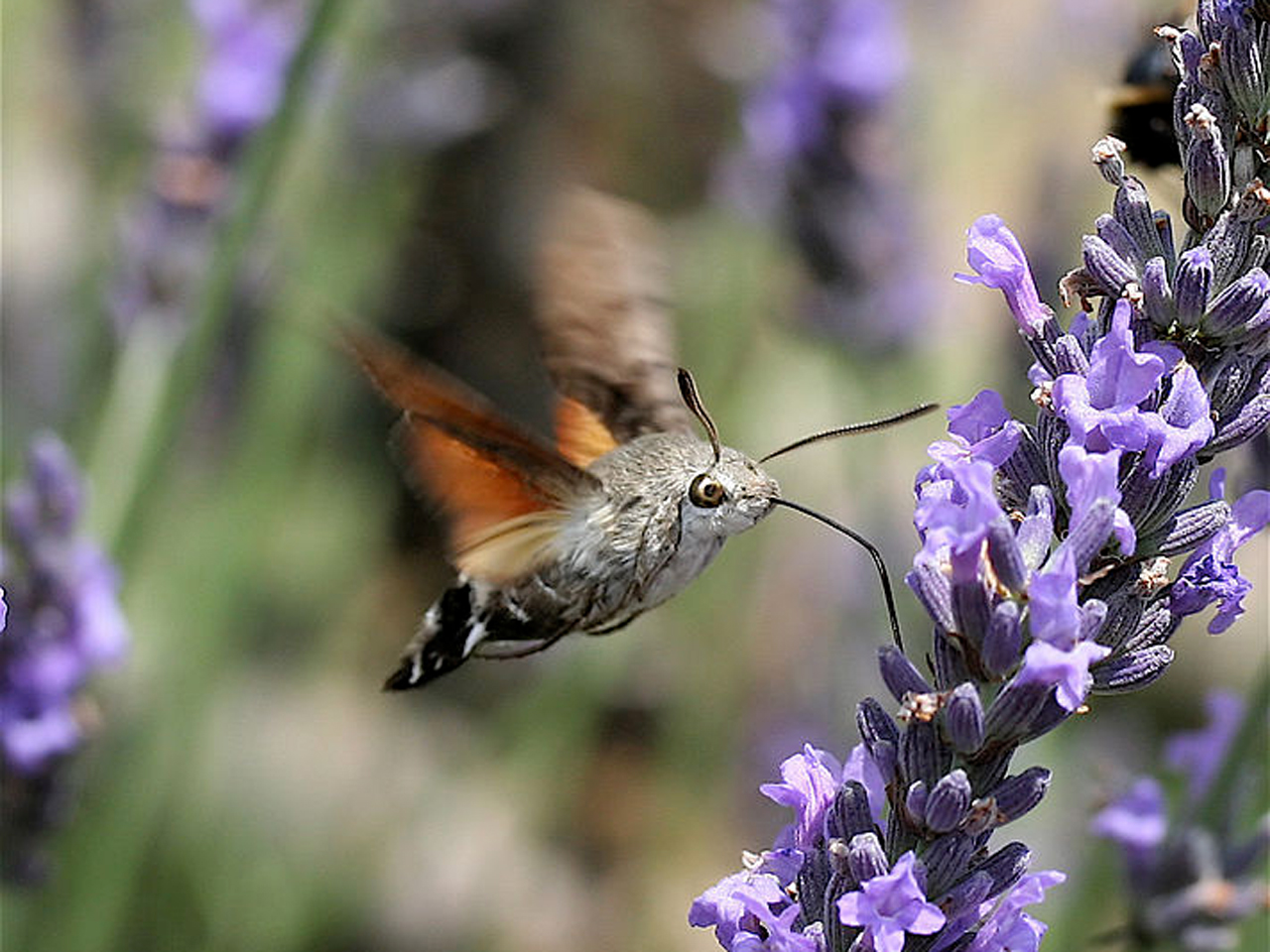 Hawkmoths have developed an interesting way to get rid of their natural predator, the bat. Researchers have discovered that they rub their genitals against their abdomens to create sonic waves that can potentially confuse their enemies.

"This is just the first step toward understanding a really interesting system," co-author Akito Kawahara, assistant curator of Lepidoptera at the Florida Museum of Natural History in Gainesville, Fla., said in a press release. "Echolocation research has been focused on porpoises, whales and dolphins. We know some insects produce the sounds, but this discovery in an unrelated animal making ultrasound, potentially to jam the echolocation of bats, is exciting."

Bats use echolocation signals to help guide them on their search for food, and the hawkmoths' ultrasonic signals mimic the bats' noises. The scientists believe that the moths' clicks may either serve as a warning that they too have barbed legs and can fly. Or, the signals may confuse the bats, which may not be able to tell which sonar wave is coming from a creature that is helping them find food or a foe that is trying to prevent itself from becoming a tasty snack.

Researchers played bat signals to different kinds of moths. Three hawkmoth species -- Cechenena lineosa, Theretra boisduvalii and Theretra nessus -- began to make sonic clicks in response. Male bats produced the waves by rubbing their stiff genital scales against their "claspers," which are used to hold females during mating. Females were also observed pulling their genitalia inside so they could use their genital scales to rub against their abdomens.

To hear what the clicks sound like, watch the video from Nature below.

Previously, tiger moths were the only known moths that were thought to have this ability.

"So much work has been focused on animals that are active during the day, but there are a lot of really interesting things happening at night, and we just don't know a lot about what is actually going on -- because we can't hear or see it," Kawahara said. "The fascinating part is that there are a lot of new discoveries to be made. It's a totally unknown, unexplored system."

John Ratcliffe, a neuroethologist at the University of Southern Denmark in Odense, explained to Nature that the two moths are displaying what is known as evolutionary convergence, where similar features appear in different groups of animals.

"At both ends, in ears and sound production, it's double convergence, which is really neat," Ratcliffe said.

The study appeared in Biology Letters on July 3.