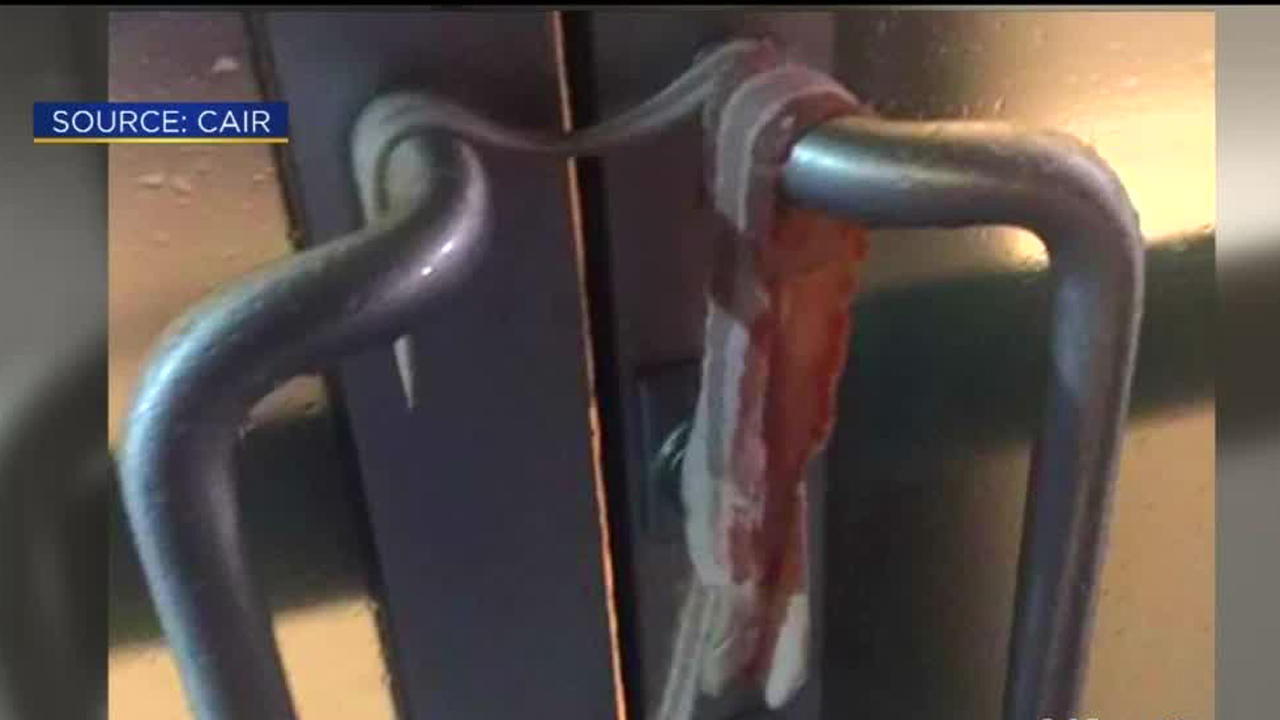 DAVIS, Calif. -- Authorities say a 30-year-old woman is being charged with hate crimes after police say she broke windows and left bacon at a Northern California mosque.

The Sacramento Bee reports that the Yolo County District Attorney’s Office announced the arrest of Lauren Kirk-Coehlo of Davis on Tuesday.

She is charged in the vandalism of the Davis Islamic Center last month. The vandal broke six windows and two bicycles and put bacon strips on door handles.

In a statement released to CAIR-SV, Davis Islamic Center president Amr Zedan thanked the Davis community for coming together and supporting the mosque, CBS Sacramento reports.

“This incident showed the beautiful good will of Americans and that our communities stand united,” Zedan wrote. “As a Muslim community we are forgiving and merciful, but we hope that the perpetrator has the chance to reflect upon her actions and the grief she caused to our community.”

Earlier this month in the region, Roseville’s Tarbiya Institute was spray-painted with obscene and racist slurs, including “Muslim out.” The two communities are about 34 miles apart.

Roseville police say that also is being investigated as a hate crime, though there is no sign the two incidents are related.

Kirk-Coehlo was arrested on Tuesday and booked at Yolo County Jail. She’s being held on $1,000,000 bail.