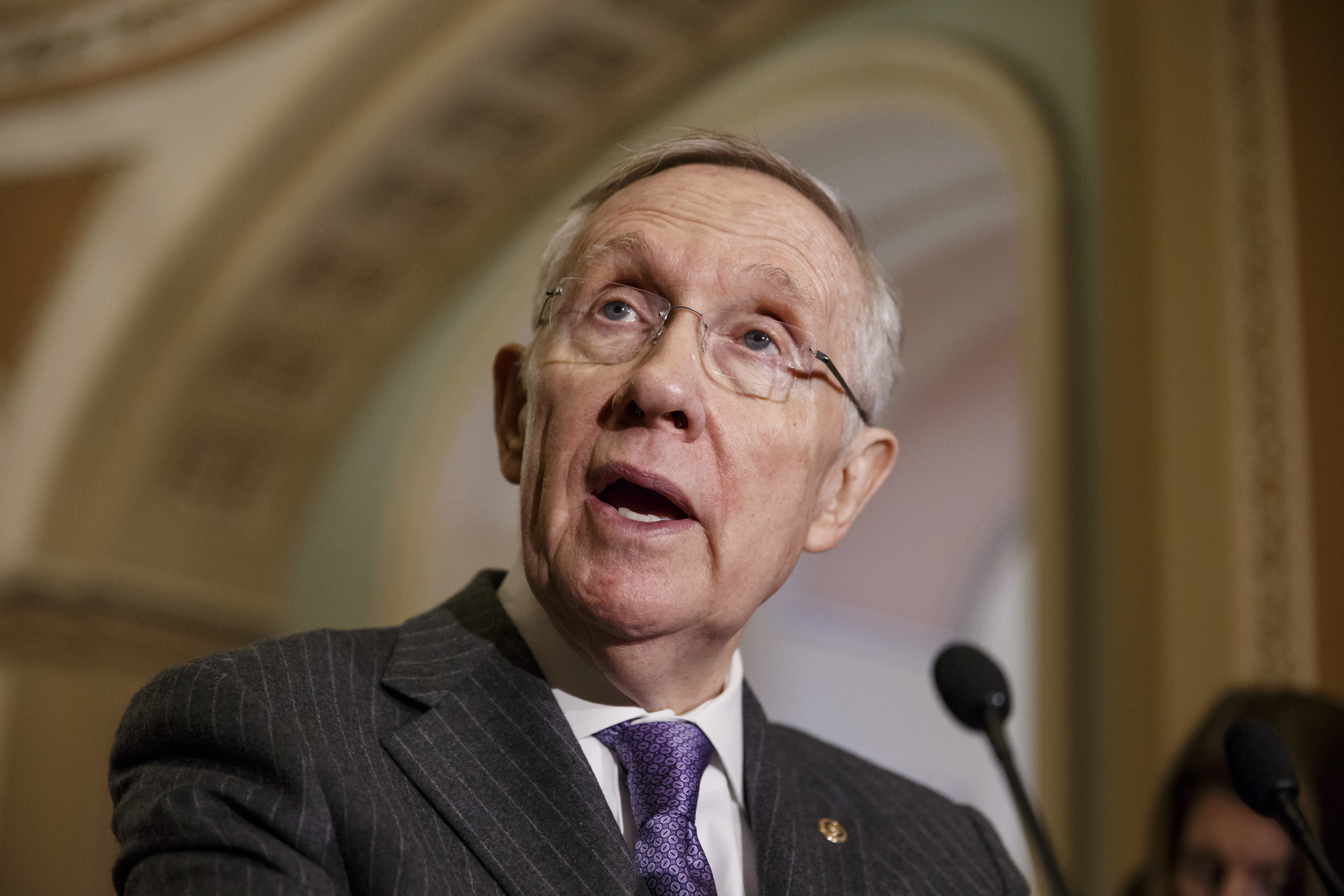 The brothers, who lead the energy and manufacturing conglomerate Koch Industries, have created a network of "shadowy" entities, as Reid described them, that raised at least $407 million for the 2012 campaign, according to outside analysis. Ahead of this year's midterm elections, Koch-backed groups like Americans for Prosperity (AFP) are once again trying to sway the debate.

Reid ruffled some feathers last week when he slammed AFP for running ads against the Affordable Care Act that Reid said were dishonest.

"It's time that the American people spoke out against this terrible dishonesty and these two brothers who are about as un-American as anyone that I can imagine," Reid said on the Senate floor last week.

Acknowledging the pushback he received from AFP and conservatives, Reid said Tuesday there's nothing un-American about the Koch brothers' industriousness.

However, he said, "What is un-American is when shadowy billionaires pour unlimited money into our democracy to rig the system to benefit themselves and the wealthiest one percent."

The Koch brothers are injecting so much money into campaigns, "Senate Republicans hardly need the NRSC anymore," Reid said, referring to the National Republican Senatorial Committee, the Senate GOP's campaign arm. "Besides, the NRSC can't hide its owners identities, like the Koch brothers' funded groups can hide their identities."

By using a network of tax-exempt groups and limited liability companies, political donors like the Koch brothers can, in fact, hide their contributions as well as contributions from others.

Speaking on the Senate floor after Reid, Senate Minority Leader Mitch McConnell, R-Ky., pointed out that Democratic backers are also using their financial clout to influence elections. He specifically pointed to hedge fund manager Tom Steyer, who is raising as much as $100 million to push the issue of climate change.

Meanwhile, AFP president Tim Phillips said in a statement that Reid is "desperately trying to shift the public's attention away from the health care law by, once again, attacking David and Charles Koch."

"At the end of the day, these attacks from the left don't change the facts about ObamaCare," he said, "that it's leading to cancelled plans, higher costs, lost access to doctors, and stifling economic growth."