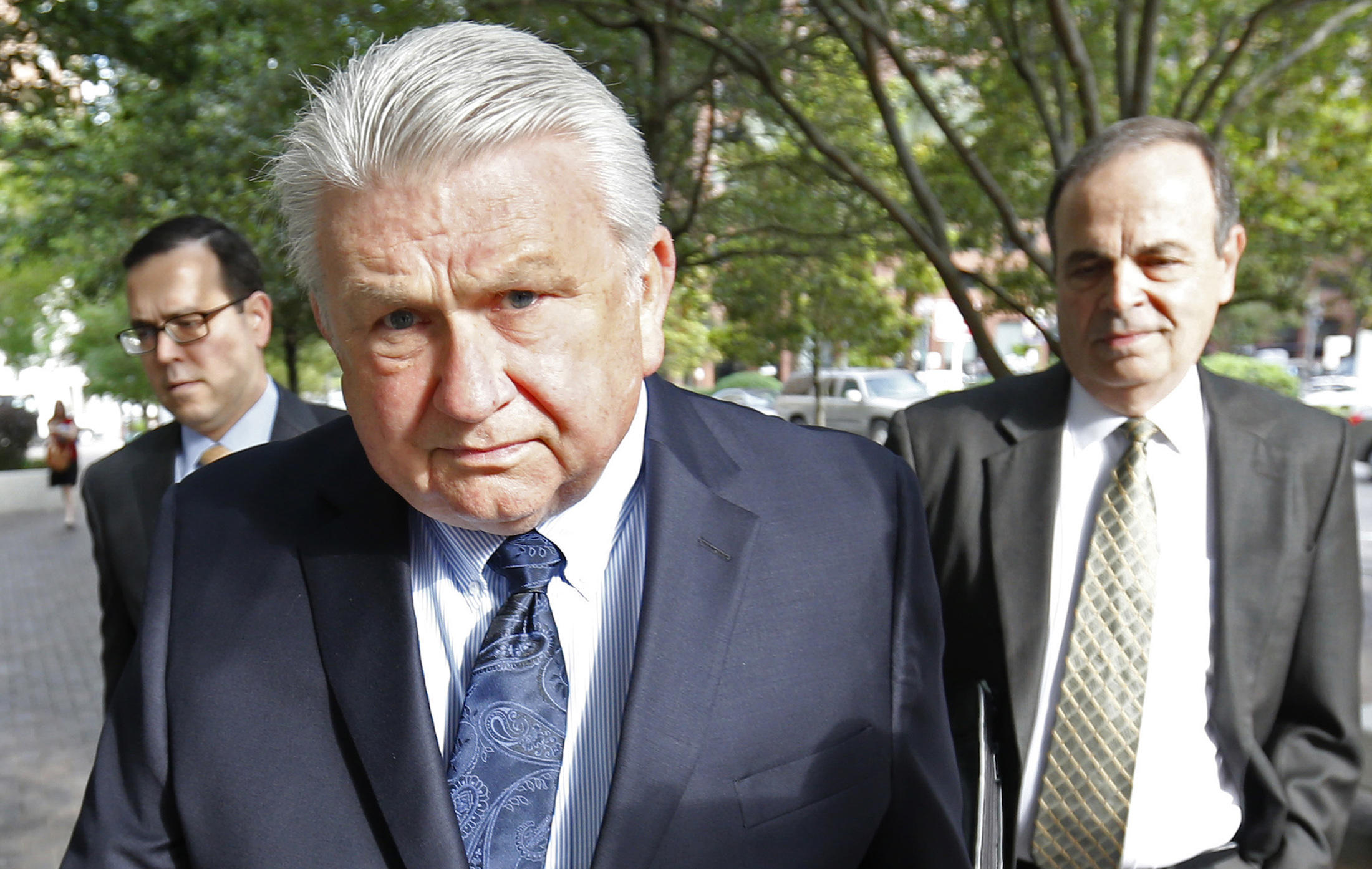 BATON ROUGE, La. -- A former Louisiana district attorney accused of extorting sexual favors from at least 22 women in exchange for favorable treatment from his office is being sued by the mother of one of his alleged victims.

The racketeering lawsuit was filed in state court Monday by the mother of Danelle Keim. Keim died of a drug overdose in 2013 after she began cooperating with the FBI’s investigation of sex-abuse allegations against former St. Charles Parish District Attorney Harry Morel.

Although Morel hasn’t been charged with any sex crimes, the 74-year-old is serving a three-year prison sentence after pleading guilty last year to obstructing the federal investigation. Investigators have said Keim’s cooperation was instrumental in securing a guilty plea from Morel.

The lawsuit says Keim’s mother, Tammy Glover, hopes legal action will “put an end to the fear that many women and their families have been living with for decades because of (Morel’s) sexual abuse.”

State and federal authorities called Morel a sexual predator who repeatedly abused his power to prey on vulnerable women, offering them or their relatives help with their legal problems in exchange for sex. During a news conference last year, investigators accused Morel of soliciting sex from at least 20 women during his 33-year tenure in office.

But prosecutors said the investigation of the sex-abuse allegations was hampered by a statute of limitations on the crimes, significant problems with evidence and victims who could prove to be difficult witnesses.

Keim began cooperating with the FBI after making a 911 call to report that Morel had sexually assaulted her at her home in April 2010, shortly after her arrest on a drunken-driving charge.

Keim’s undercover work for the FBI was captured on videotape. Agents recorded a July 2012 meeting at her apartment, where Morel brought two bottles of wine, discussed her case and then began to grope her, the lawsuit says.

Keim wasn’t the first woman to call authorities about Morel.

Sheriff Greg Champagne has said he contacted the FBI after receiving a call in 2009 from a woman whose husband had been arrested on traffic charges, including drunken driving. That woman told the FBI that Morel offered to help her if she would agree to meet him at his camp in Mississippi to “play,” according to Glover’s lawsuit.

The investigation of Morel also led to the June 2016 arrest of John Joseph Landry III, a Lions Club president accused of helping Morel fabricate bogus records of court-ordered community service by Keim and two other women who had been arrested on drunken-driving charges. Landry also is named as a defendant in Glover’s lawsuit.

St. Charles Parish is about 20 miles west of New Orleans. Morel served as the parish’s district attorney from 1979 to 2012. He is serving his prison sentence at a facility in Seagoville, Texas, and has a tentative release date in August 2018, according to the federal Bureau of Prisons website.