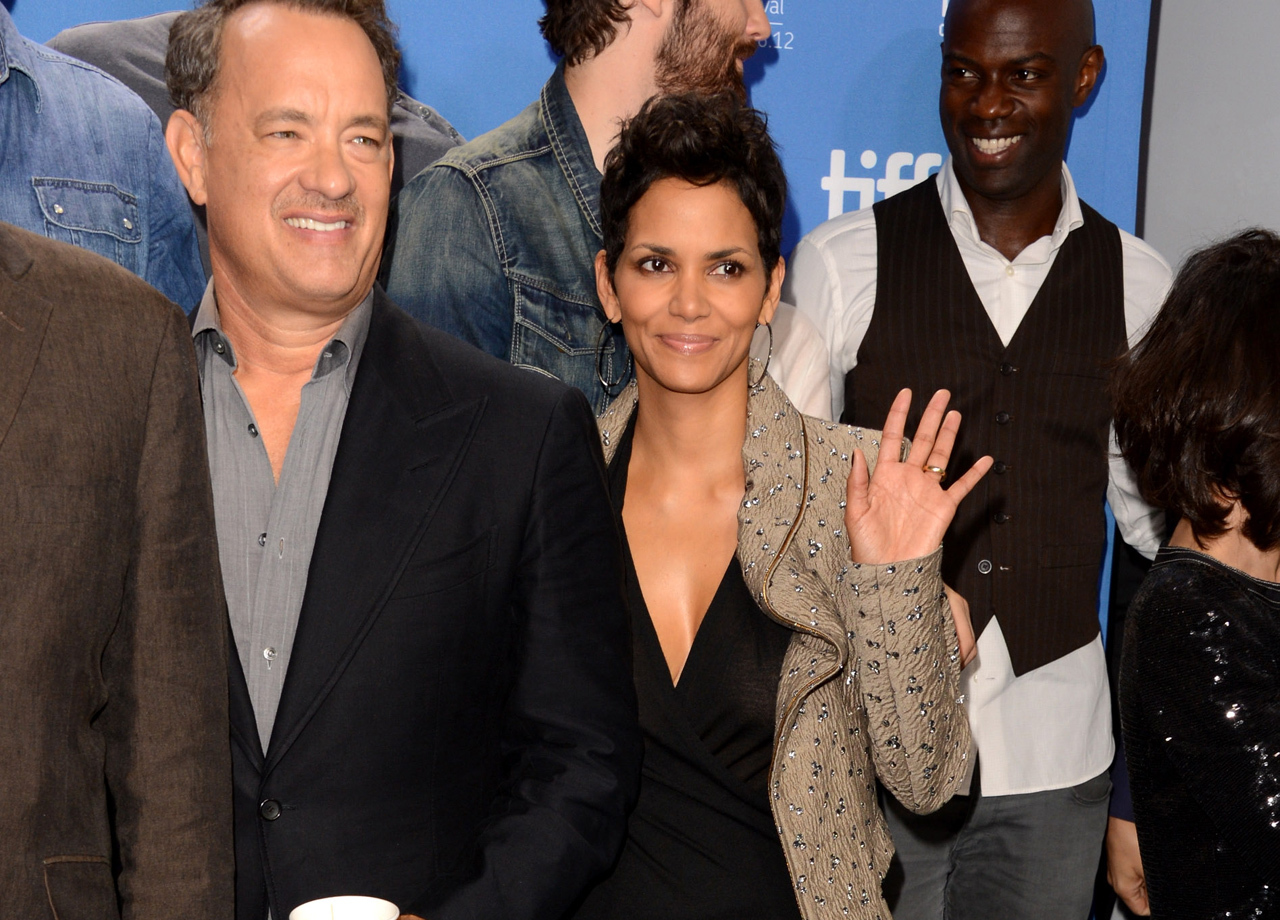 (CBS/AP) TORONTO - Tom Hanks, Halle Berry and their cast mates have put in some serious overtime on their genre-bending film "Cloud Atlas."

Members of the large ensemble of actors take on multiple roles in the epic tale that premiered Saturday night at the Toronto International Film Festival.

Hanks, Berry and their co-stars play as many as half-a-dozen different characters in "Cloud Atlas," whose action stretches across centuries from the mid-1800s to the distant future.

Directors Andy and Lana Wachowski and Tom Tykwer thanked their financial backers for getting behind the daring film. But it was the cast that brought the adaptation of David Mitchell's novel to life, they said.

"The real courage that this film demanded was from the actors," Lana Wachowski told the audience before the premiere. "There are very few movies that ask as much as we asked of the actors."

The filmmakers were joined by Hanks, Berry and about a dozen of their co-stars, including Jim Broadbent, Susan Sarandon, Hugh Grant, Hugo Weaving, Jim Sturgess, Ben Whishaw and Doona Bae.

The last of the cast to be introduced, Hanks came onstage and went down the line of his colleagues like an athlete taking the field, slapping palms with each of the actors and filmmakers.

The action flits from a Pacific sea voyage in 1849 to a revolution in the making in the 22nd century and beyond to a post-apocalyptic land beset by savages.

Hanks' characters range from a greedy 19th century doctor combing a beach for human teeth discarded by cannibals to a contemporary British thug-turned-author to a simple tribesman learning the dark truth of human history centuries from now.

Berry's roles include a journalist uncovering a nuclear power conspiracy to an elderly composer's adulterous wife to a woman leading the remnants of earth-bound humanity to a new home.

The film is a jumble of genres, with fast-paced action akin to the Wachowski siblings' "The Matrix" movies and Tykwer's "Run Lola Run," blending tones and styles from period drama and crime thriller to slapstick comedy and visual-effects spectacle.

Indie Wire, however, described the film as "bold, messy and disappointingly unimaginative."

To watch the latest trailer for "Cloud Atlas" click on the video player below.