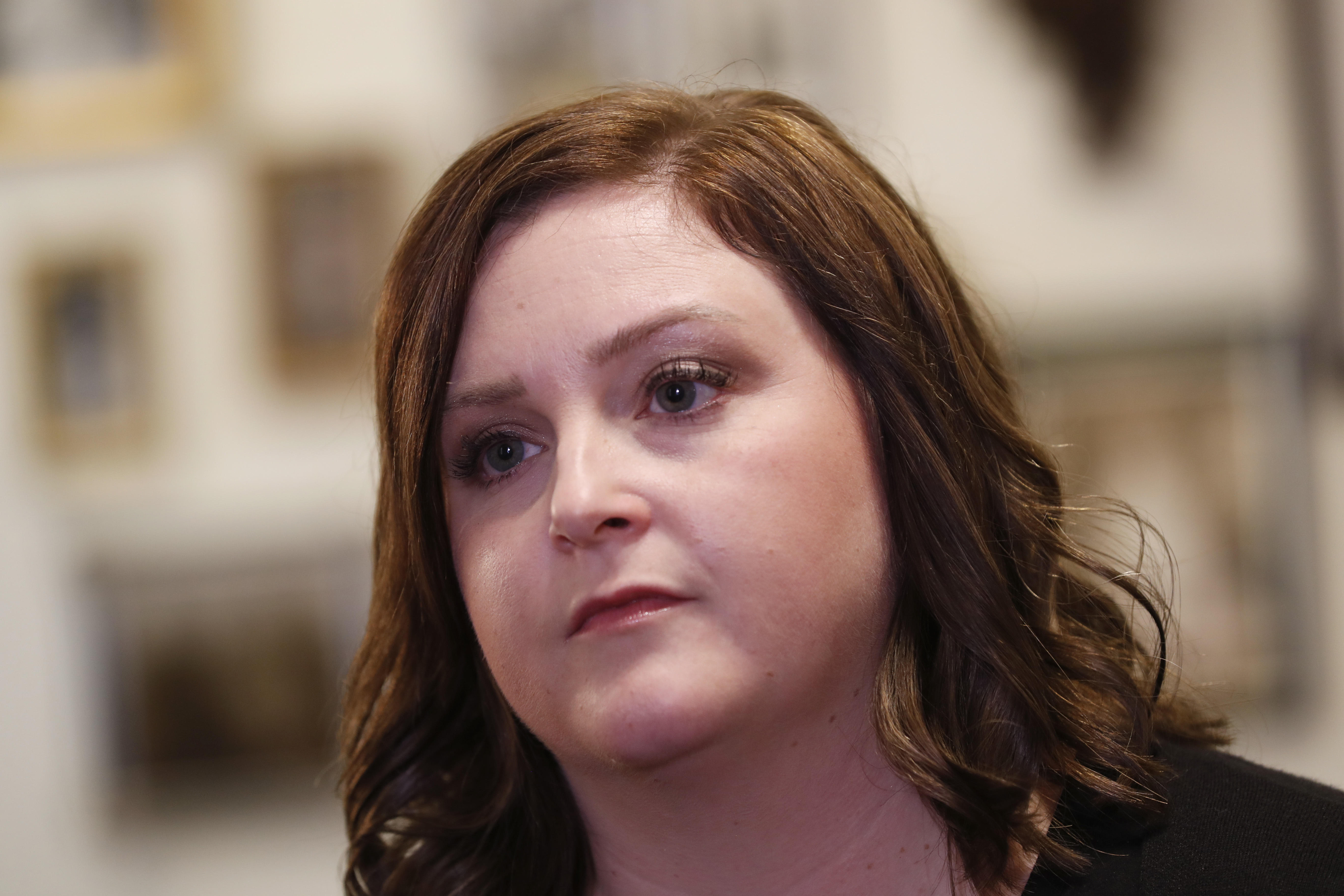 ABBEVILLE, La. -- Waving signs heralding free speech and chanting "Stand by Deyshia," about 100 people gathered in a light rain Thursday to rally to support Deyshia Hargrave -- the Louisiana teacher ejected from a school board meeting and roughly handcuffed in a video-recorded arrest after she questioned her superintendent's pay raise.

Hargrave, near tears at times, thanked supporters who stood by her after the arrest and emphasized the need to speak out on important issues.

"I hope and pray my experience will empower you -- my students, young women everywhere -- to know that you have a voice," Hargrave told the crowd. "Use it. Many, many women suffered tremendously and sacrificed greatly for us to have this voice. ... And this is for the boys, too. You matter."

She was backed by fellow teachers wearing black T-shirts that read: "#standbydeyshia." Signs held by members of the crowd included one reading, "We will not be silenced."

Earlier, Hargrave told The Associated Press she believes Vermilion Parish School Board President Anthony Fontana should resign. She declined to suggest any discipline for Reggie Hilts, the deputy city marshal who handcuffed her on the hallway floor after she left the meeting and marched her out of the building.

"He needs training," the middle school English teacher said. "Whether he needs to lose his job, I don't know."

She declined, at first, to say with certainty whether she would file a lawsuit in the matter. "We'll see how it goes," she said when asked again. "But I clearly feel my First Amendment rights were violated, and I feel like, yeah, there will be a lawsuit filed for that."

The American Civil Liberties Union and her teachers union are investigating the case.

Meanwhile, the Abbeville City Marshal has called for an independent investigation related to the incident, according to a press release obtained by CBS News' David Begnaud.

Video of the meeting shows that Hargrave addressed the superintendent directly after raising her hand to speak and being recognized.

She questioned Puyau's raise, given that teachers haven't received an increase in 10 years, despite growing class sizes and other demands.

Fontana then declared that her comment wasn't "germane" to the vote on the contract, and banged his gavel in an attempt to silence her. According to school board member Kibbie Pillette, Fontana then beckoned off-camera to the officer, who interrupted Hargrave while she was speaking and ordered her out.

"I'm going," she said, making her way out. The officer followed her into the hallway, where moments later, a camera recorded her on the floor with her hands behind her back, being handcuffed and complaining that the officer had pushed her down.

Asked by the AP on Thursday who's directly to blame for the incident, Hargrave said "Anthony Fontana."

Fontana has not returned calls for an interview with the AP, but has defended his actions and that of the officer.

An emotional Puyau told CBS News' David Begnaud there are things he wishes he did differently at Monday night's board meeting. He vows the district will learn from this incident, but says the backlash has taken a toll on him and his family.

"I hated what happened," Puyau said.

The superintendent said he and his staff have been receiving threats ever since Hargrave's arrest.

"Twenty-eight years of my life is dedicated to the students of this community it's so hard to see this negative. It's tough," he said.

Hilts was accused along with another officer of slamming an ailing 62-year-old man's head onto a concrete slab in 2011. He left the city of Scott's police force later that year, for unrelated reasons the police chief said. Scott denied using excessive force, and the man's federal suit was settled in 2016.

"He's a very good guy, he's a pastor, respectable citizen here, and is well-respected in the community," Puyau told the AP. "Students and teachers love him."

Alicia LaSalle is a second-year teacher at the school where Hilts works as a resource officer. LaSalle said Hilts is on hand to stop altercations or other problems among students in. She adds that Hilts has a good relationship with students and teachers. "Honestly, he is very well liked at our school," she said.

"I agree she should not have been arrested," LaSalle said. "Personally, I don't think he would have arrested her if it was up to him."

Puyau wouldn't comment on who ordered the teacher's removal, but said he's not happy with how things played out.

"It was not good in any way," he said. "We are a good community. It took everybody by surprise. I'm having a hard time with this, but we care about our teachers and our support staff."