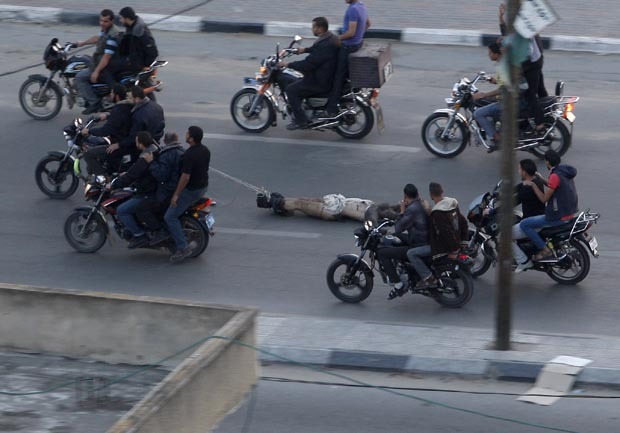 Witnesses said the six men were pulled out of a van Tuesday, forced to lie face down on the street and then shot dead.

Five bodies lay in a pile as a mob stomped and spit on them. A sixth body was tied to a motorcycle and dragged through the streets as people screamed, "Spy! Spy!"

Hamas posted a sign on an electricity pole, naming the six alleged informers.

The public killings came during an Israeli military offensive that has killed more than 120 people, both militants and civilians.

Israel relies on a network of local informants to identify its targets.