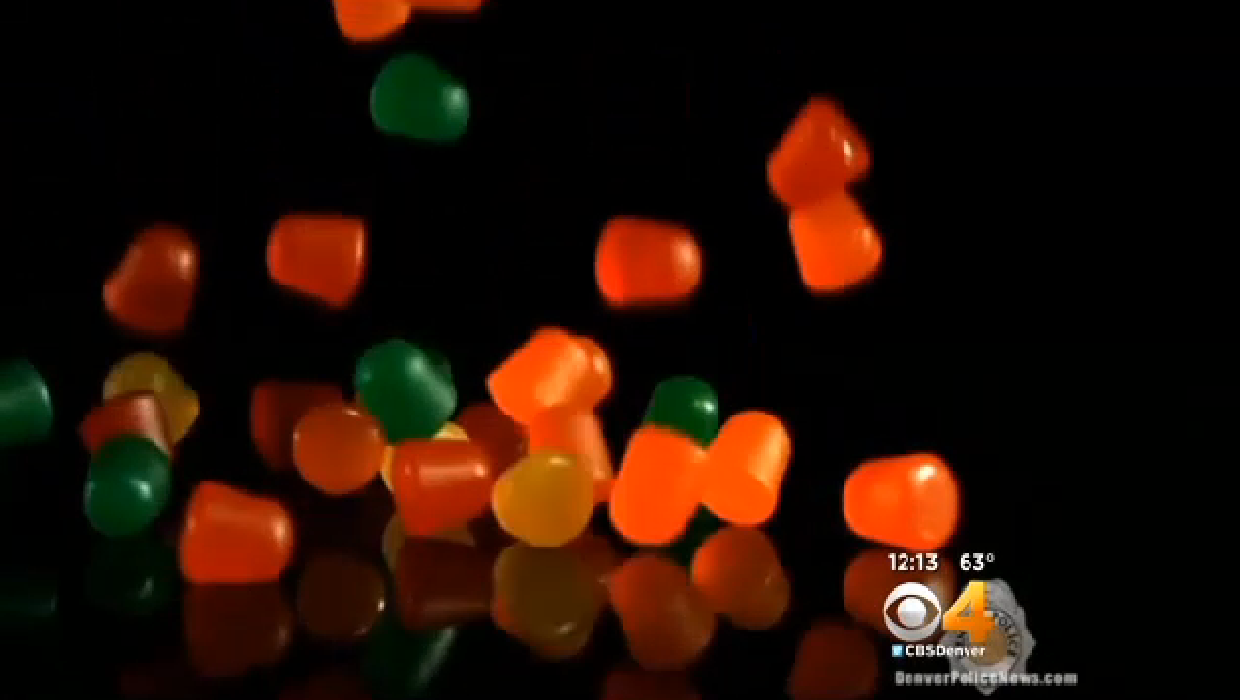 Police posted a video to their YouTube page Monday that advises parents to toss any candy that isn't in familiar packaging, according to the station.

"The problem is that some of these products look so similar to candy that's been on the market, that we've eaten as children, that there's really no way for a child or parent or even an expert in the field to tell you whether a product is infused or not," Urban Dispensary owner Patrick Johnson, who helped Denver police with its message to parents, told the station.

Edibles account for between 20 and 30 percent of Urban Dispensary's sales, Johnson said. He said that companies looking to break into the edibles market often infuse knock-off candy by spraying it with hash oil.

"Once that candy dries, there's really no way to tell the difference between infused and candy that's not infused," Johnson said.