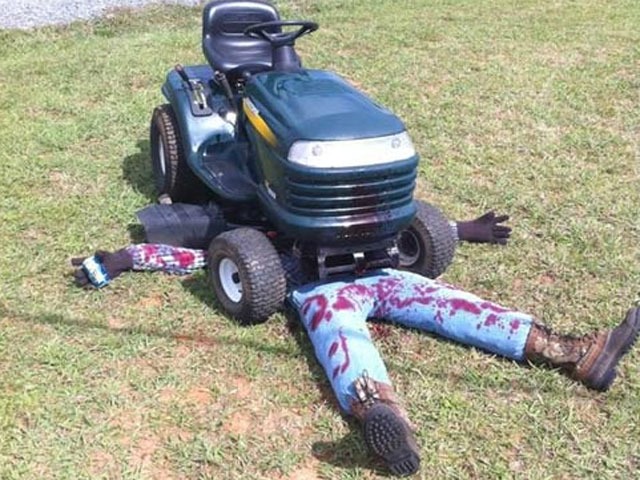 (CBS/WBTV/AP) SALISBURY, N.C. - A Halloween scene in this North Carolina city was so realistic it prompted at least one person to call 911 to report an accident.

Chris Deaton created the stir, by placing what appears to be a body with bloodstained jeans trapped under the blades of a riding mower. The "victim"... is holding a can of beer.

The man behind the mower said this is his second year trying the trick, and that he did it because it got great reviews last year.

"It's cool for a Halloween ornament," Deaton said, according to CBS affiliate WBTV.

He says this year he moved it closer to the road.

The Salisbury Post reported Tuesday that the roadside attraction was realistic enough for one 911 caller to report what looked like a grisly accident.

Aside from that 911 call, Deaton says he hasn't heard any complaints.