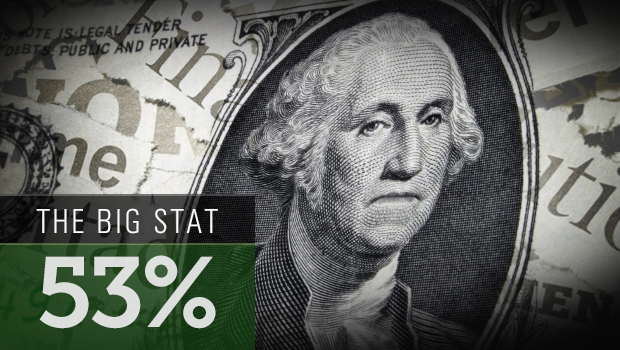 Just 53 percent of American workers participate in any type of retirement plan at work, according to recent information from the Bureau of Labor Statistics. Breaking this big stat down further shows that part-time and low-income workers as well as employees of small establishments are the most vulnerable for not having a plan.

This graph summarizing participation in a retirement plan at work shows sharp contrasts among "haves" and "have nots":

The low participation levels among the vulnerable groups are due to low access to retirement plans combined with reduced take-up rates, often because many members of these groups cannot afford to contribute to a retirement plan.

Why is this information important for individuals? First, let's state the obvious: Your financial security in retirement improves significantly if you have a retirement plan. The Retirement Confidence Survey of the Employee Benefit Research Institute (EBRI) shows that retirement confidence among Americans is near all-time lows, with only 18 percent reporting they are "very confident" that they'll have enough money to retire comfortably and 37 percent reporting that they're "somewhat confident."

For most workers, the best way to build retirement savings is through a plan at work. While IRAs are available to all workers who aren't covered by a retirement plan at work, only about 5 percent of such workers contribute regularly to an IRA.

Now, let's turn to the bigger picture -- why is this information important for society? For one thing, if large numbers of people are impoverished in their later years, it will strain families, social services and government programs such as Social Security.

It could also put a drag on the economy and stock market, which depend on large numbers of people to be robust consumers and investors. So, even corporations and the affluent have a stake in the retirement well-being of all citizens.

These numbers reveal the need to improve access to retirement plans among part-time workers, lower-paid workers and employees of small establishments. And since it will be difficult for many of these employees to make substantial retirement contributions on their own, employers also need to increase the contributions they make on behalf of the most vulnerable workers.