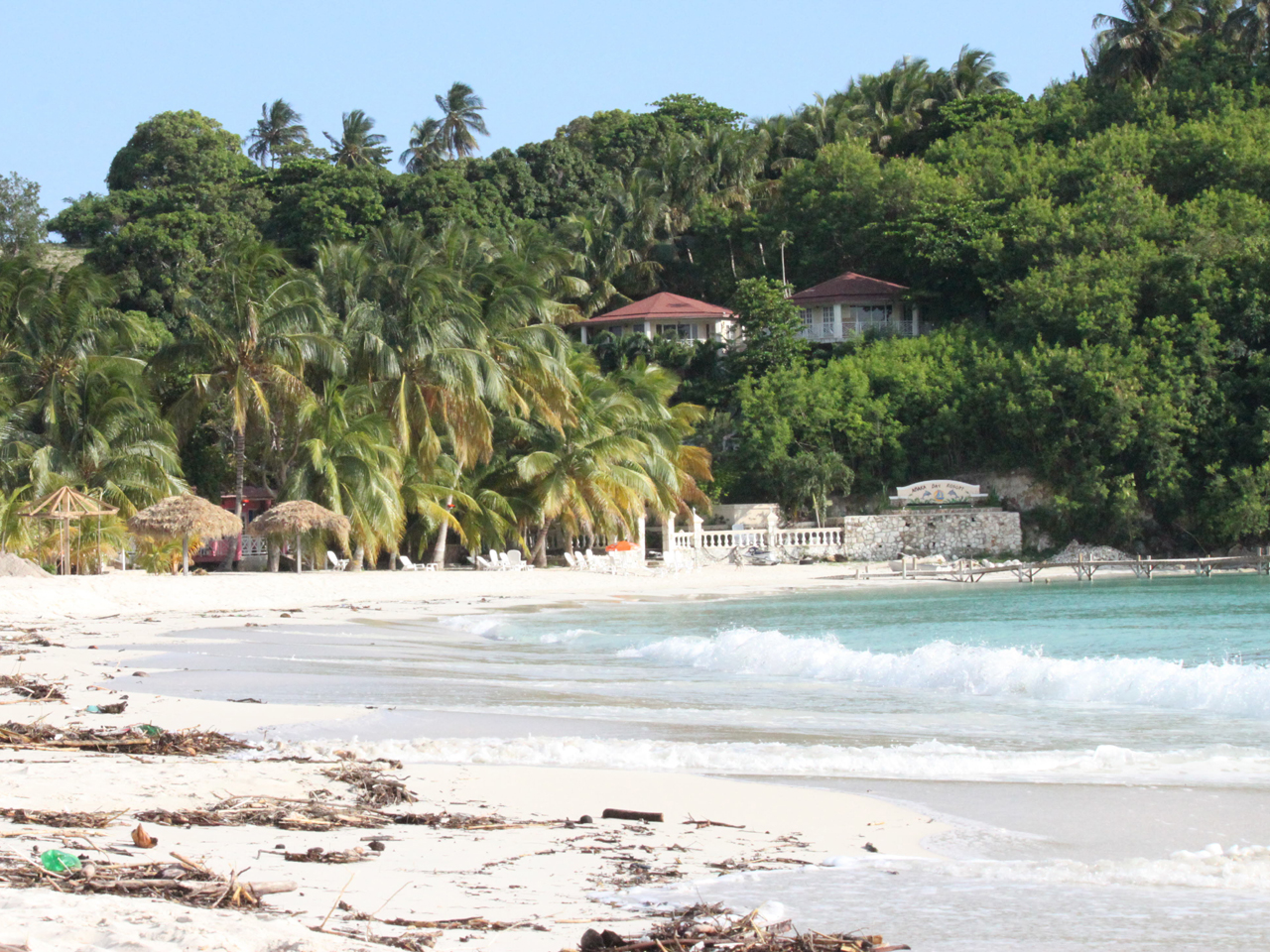 Not too many people think of Haiti as a modern tourist destination.

The Caribbean nation is one of the poorest countries in the Western Hemisphere -- with a history of grinding poverty, civil unrest and violence. Haiti is also still recovering from the devastating 2010 earthquake that left well over 100,000 dead and more than 1.5 million survivors homeless.

But 2014 has seen a blossoming of tourist industry investment in Haiti. Just this week Carnival Corporation (CCL), the parent company of Carnival Cruise lines, said it signed a memorandum of understanding to develop a $70 million port facility on Tortuga, an historic island off Haiti's northern coast.

The port project "represents a major commitment to the people of Haiti by Carnival Corporation -- the largest cruise company in the world, with nine industry-leading brands and dozens of ships operating in the Caribbean, the world's most popular region for cruise vacations," David Candib, the company's vice president, development and operations, told the Caribbean Journal.

Candib added the facility would generate "significant development and construction activities," with the creation of an estimated 900 direct and indirect jobs.

"The project will be an anchor for further development on the island," he continued. "We are working together with the Haitian people and government to build Tortuga into popular and economically sustainable Caribbean destinations."

The Carnival project would create the second major cruise ship port in Haiti. Royal Caribbean Cruises (RCL) has had a private resort facility in Labadee, on the country's northern coast, that it leased from the Haitian government until 2050.

"This is a big deal," said Art Torno, American's senior vice president of operations for Mexico, the Caribbean and Latin America, told the Miami Herald. "That area of the country has about 35 percent of the population, and has always been a desirable place for us."

And this past April Hilton Worldwide (HLT) signed an agreement to build a new Hilton Garden Inn at Louverture Airport in the Haitian capital, Port-au-Prince. The hotel is scheduled to open in 2016.

Tourism reportedly accounts for about five percent of Haiti's GDP, and those numbers are expected to change dramatically in the next several years.

But not everyone is convinced the Carnival port deal will, in the long-term, end up benefiting Haiti's economy and its people.

Jim Walker, a Miami-based maritime attorney and author of the cruiselaw.com blog, recently wondered if any Haitians will be employed at the new facility -- and if the construction of a pier designed to accommodate large cruise ships will lead to long-term environmental damage.

Also, he added, "will this be a private island for the exclusive benefit of Carnival and its passengers? Will this be a lease similar to the 260 acres of prime waterfront property (Labadee) which Royal Caribbean leased (ripped off) from Haiti?"

Why is Ben Carson plugging a supplements seller?

Is your Lowe's store set to close?

Karl Lagerfeld's cat to inherit a fortune, but may not be richest pet