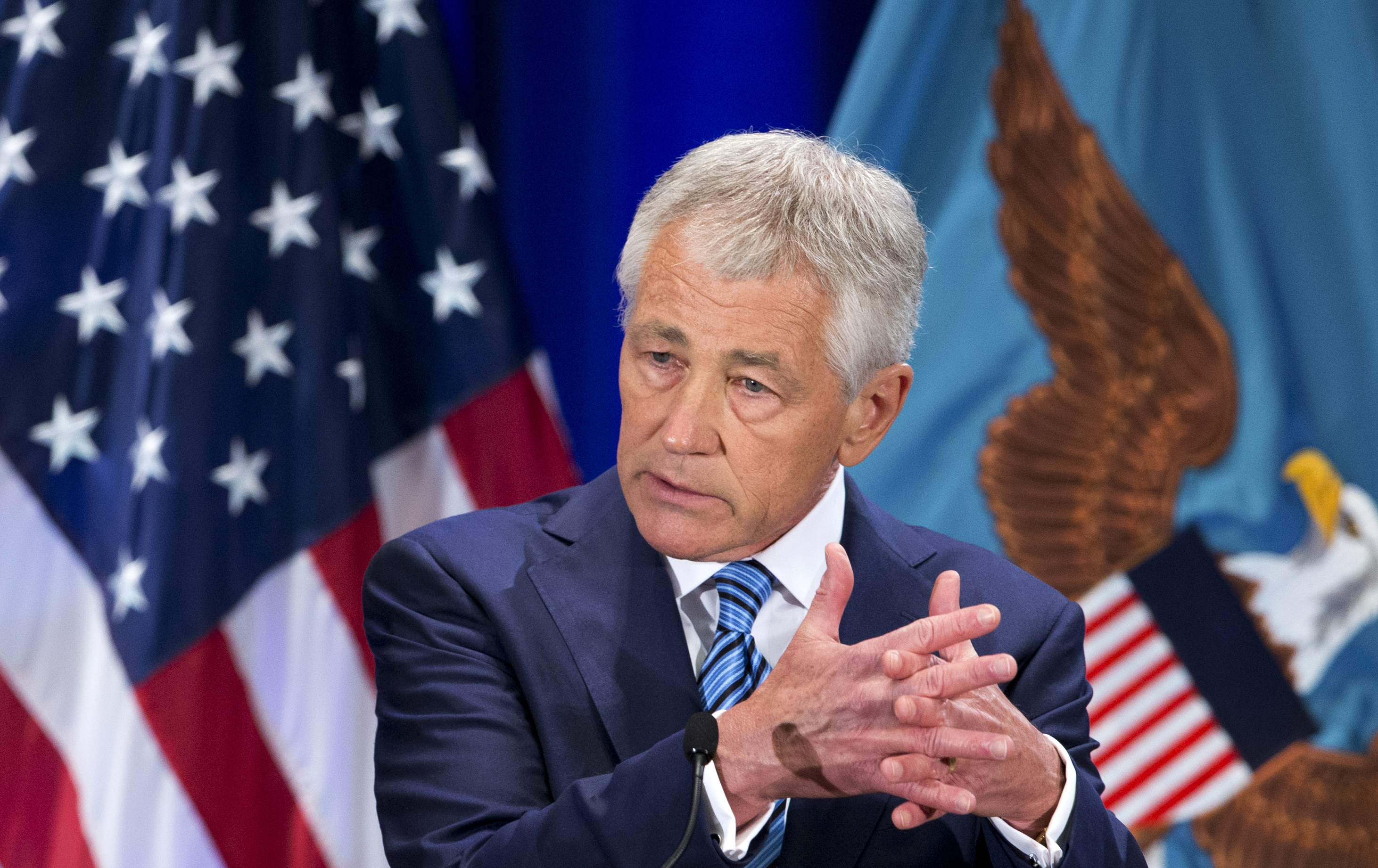 The Defense Department this year must deal with an unpredicted $41 billion budget shortfall thanks to the sequester, but it must also start tackling longer-term fiscal problems, Defense Secretary Chuck Hagel said today.

"We need to be steely-eyed and clear-headed in our analysis," Hagel said at the National Defense University at Fort McNair, in his first major address on the strategic and fiscal challenges his department faces. "We need to challenge all past assumptions, and we need to put everything on the table."

Any "serious effort" at reform at the Pentagon will have to address the three main drivers of growing costs in the department, he said: personnel costs, acquisitions of new technology and overhead.

Despite cutbacks, the Pentagon's acquisitions still depend on programs more expensive and technologically risky than promised or budgeted for, Hagel said. Meanwhile, he said, "fiscal realities demand another hard look at personnel... How many do we need, what do these people do, and how we compensate them for their work and service and loyalty?"

He likened the growing cost of benefits the Pentagon owes to personnel to the concerns surrounding the sustainability of Social Security and Medicare. "We've got time to get ahead of it if we start planning for it now," he said of the problem, adding that he doesn't see any "immediate cuts" to health care coming this year.

"The longer we defer these things, the worse it's going to be," Hagel said, explaining his rationale for ordering a strategic review throughout the department.

Hagel said the Pentagon must "prepare for the future but not in a way that neglects or is oblivious to the realities of the present," noting the dynamic nature of the threats facing the U.S.

Even so, the $41 billion in sequestration cuts slated to take effect this year are "already having a disruptive and potentially damaging impact on the readiness of the force," he said. He acknowledged that the coming furloughs of up to civilian employees will take a toll on morale.

Because of the extra funding Congress recently gave the Pentagon in a six-month spending bill, the Pentagon was able to reduce the projected number of furlough days from as many as 22 to a maximum of 14 days.

"If we can do that better and less, we will, recognizing... that morale will be affected," Hagel said. "But the tough decisions that are going to be made... are done on the basis of what we think is the most fair way to do this. But our readiness and our capabilities have to always come first."