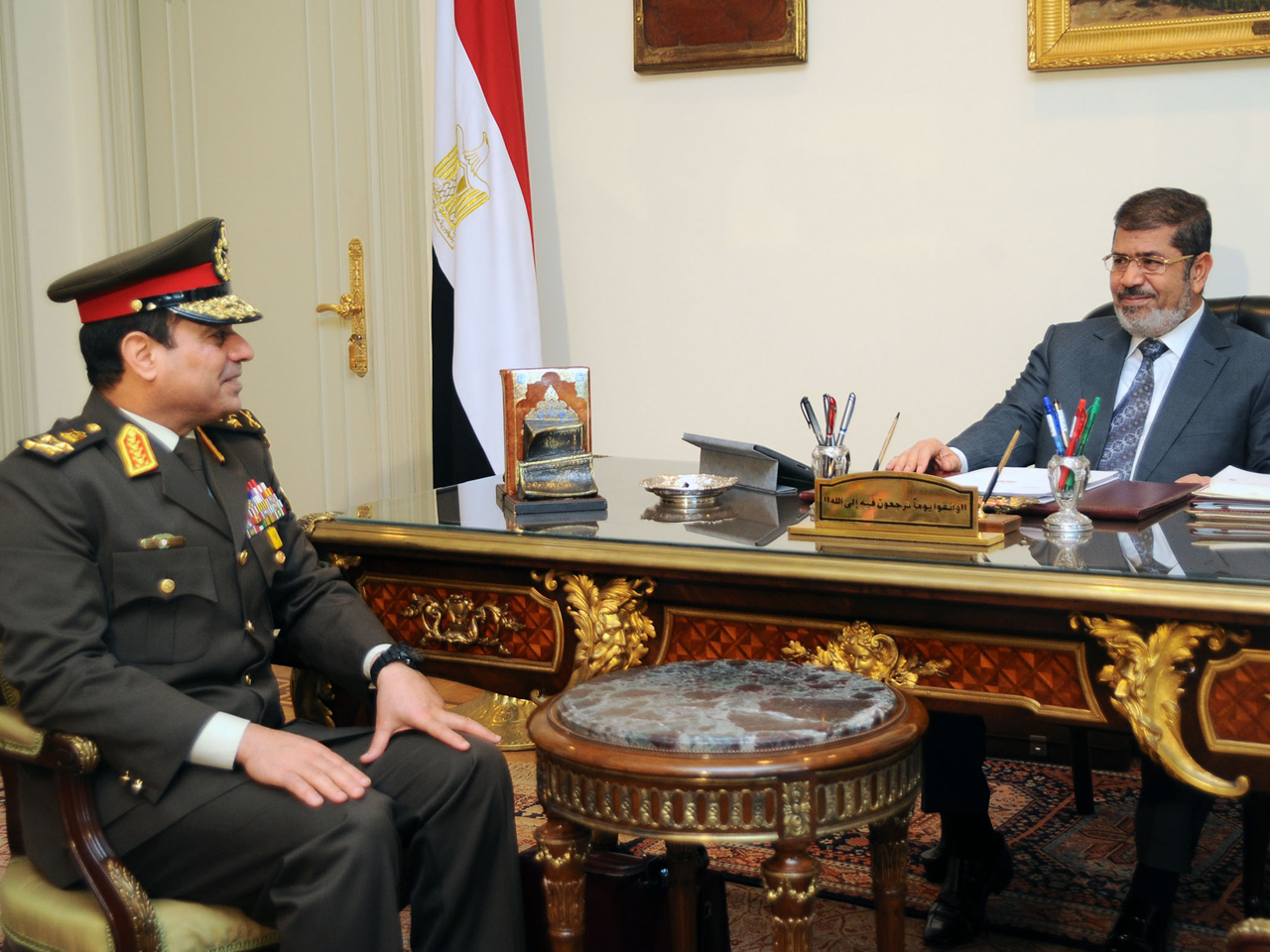 CAIRO By including Cairo on his first Mideast tour as defense secretary, Chuck Hagel is highlighting the Obama administration's hope of preserving influence with the Egyptian military as the country struggles with its transition to democracy.

After stops in Israel, Jordan and Saudi Arabia, Hagel flew to the Egyptian capital for his first face-to-face meetings with Egypt's top leaders. In their talks Wednesday, he planned to stress the value of close military ties with a country that is deeply divided in the wake of the 2011 revolution that ousted longtime President Hosni Mubarak.

Egypt was the first Arab country to sign a peace treaty with Israel. The U.S. is deeply concerned, however, that continued instability in Egypt will have broader consequences in a region already rocked by unrest, including in the increasingly lawless Sinai Peninsula.

U.S. Secretary of State John Kerry visited Egypt in March and rewarded it for President Mohammed Morsi's pledges of political and economic reform by releasing $250 million in American aid.

Hagel was scheduled to meet with Morsi as well as Defense Minister Abdel Fattah al-Sisi.

On Tuesday the legal adviser to Morsi resigned, alleging that the Muslim Brotherhood has monopolized decision-making and encroached on the governing of the country.

The resignation letter by Mohammed Fouad Gadallah brought the harshest criticism yet from inside the presidency. Opponents of Morsi long have accused the Brotherhood of being the real power behind the president and say the group's attempts to dominate power have fueled the country's turmoil.

Morsi, who hails from the Brotherhood, denied in a TV interview earlier this week that the group intervenes in decision-making.

Hagel flew to Cairo from Riyadh, where he met Tuesday evening with top officials, including Crown Prince Salman bin Abdulaziz al-Saud, who serves as the kingdom's defense minister as well. Hagel also held talks Tuesday in Jordan and Israel.