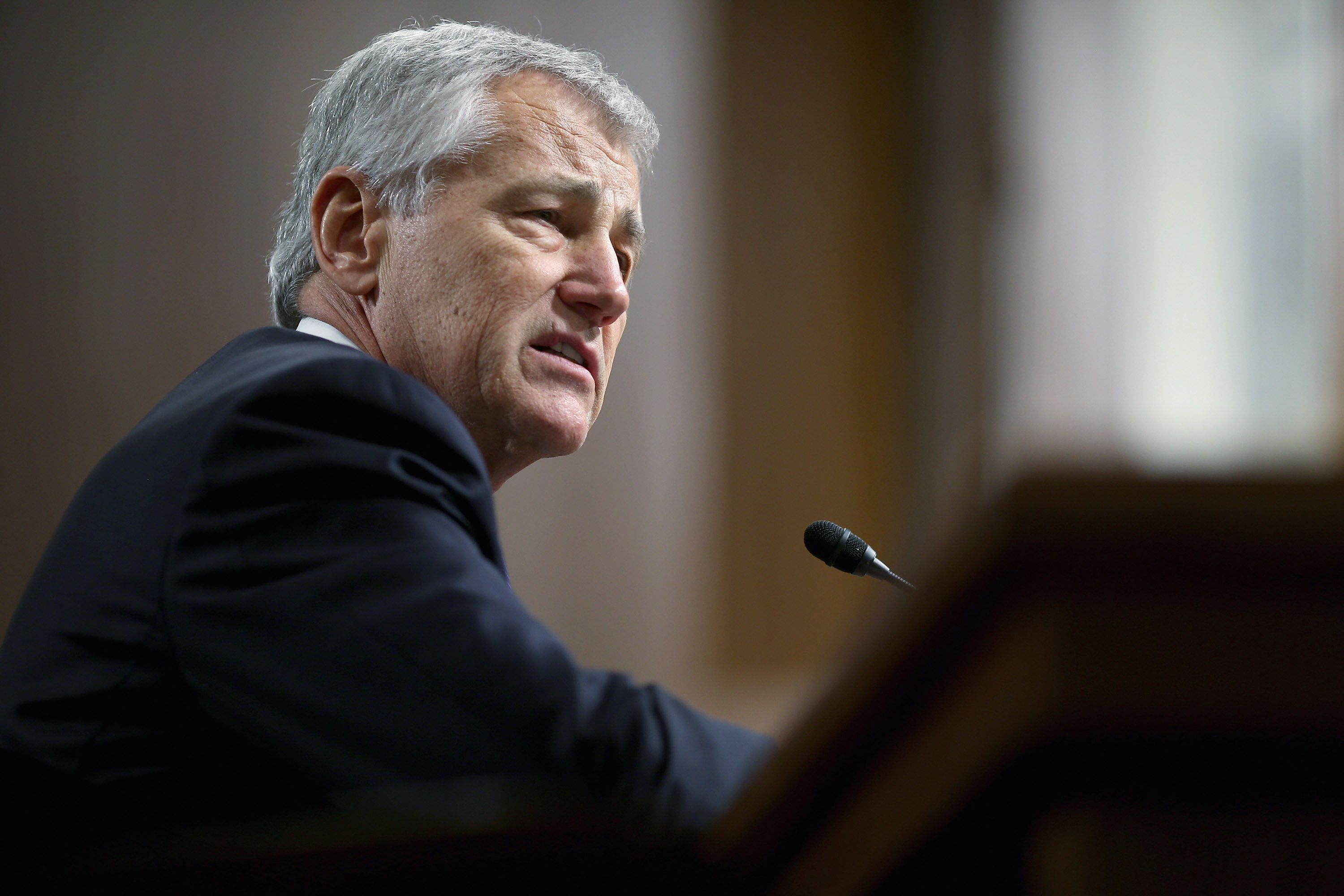 Earlier in the day, 71 senators voted to proceed with the vote on the embattled nominee, easily passing the 60-vote threshold. Several GOP senators who had previously voted against cloture switched their votes this time around, including Sen. Lindsey Graham, R-S.C., and Sen. John McCain, R-Ariz.

Hagel's nomination has been controversial from the start: Even before he was officially tapped for the job, a handful of Republicans came out against the idea, particularly denouncing a number of his past statements about Iran and Israel. Outside advocacy groups were also swift to get involved, spending hundreds of thousands of dollars on television ads aimed at torpedoing Hagel's chances.

While he was able to secure Democratic support through a series of one-on-one meetings prior to his confirmation hearing, Hagel's efforts to appease members of his own party failed resoundingly. His performance at the confirmation hearings was lambasted as passive and at times confused even by some Democrats, and his individual meetings with GOP senators yielded little in the way of support.

After squeaking through a vote by the Senate Armed Services Committee earlier this month, a handful of Republican senators filibustered Hagel's full Senate confirmation vote as a means to wring more information out of the administration regarding the September 11 terrorist attacks in Benghazi, Libya.

On Sunday,  McCain signaled the GOP's readiness to let the Senate proceed with a vote on the long-delayed nomination.

Because no Democrats have announced their intent to vote against him, Hagel is expected to clear the 50-vote threshold needed for confirmation. That vote is expected later this afternoon.

Outgoing Defense Secretary Leon Panetta, meanwhile, has been all but begging Congress to let him leave office.

At a ceremony honoring former Secretary of State Hillary Clinton - whose successor, former Sen. John Kerry, D-Mass., sailed through the confirmation process with ease - Panetta noted that he was having a "hard time" waiting for Congress to approve his successor.