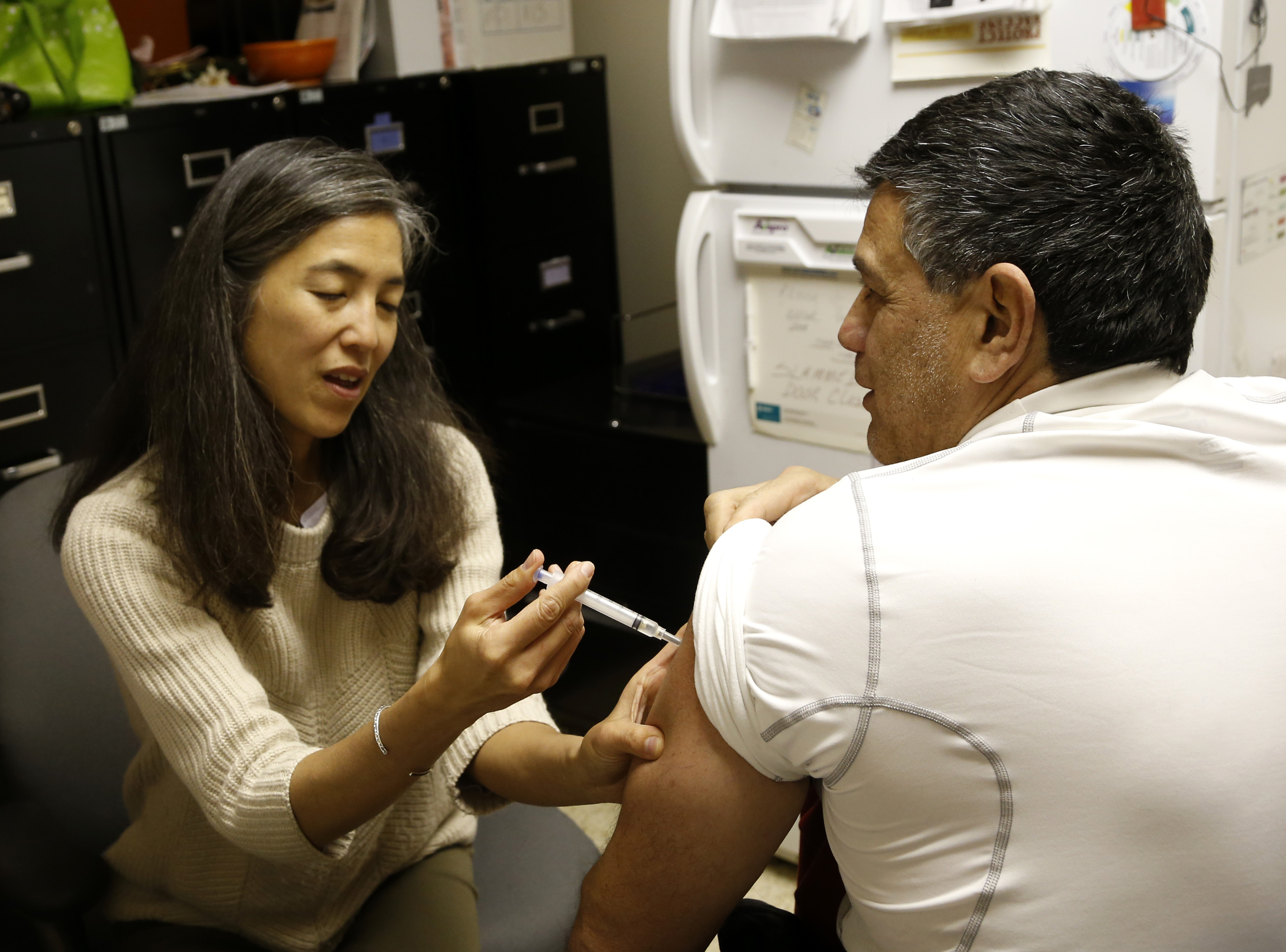 Though most vaccinations are generally thought of as safe by health officials, people who got the 2009 H1N1 vaccine may have had a higher risk of getting Guillain-Barre syndrome (GBS).

Researchers discovered that 77 people developed GBS up to 91 days after receiving the "swine flu" vaccine, amounting to 1.6 extra cases of GBS per 1 million people vaccinated.

The new study appeared March 12 in The Lancet, and results were derived from 23 million people in the U.S. who received the H1N1 vaccine and responded to a survey.

An autoimmune disorder, GBS damages parts of the nerves and causes the body's immune system to attack itself. It can happen at any age, but it is most common in men and women between 30 and 50, the National Institutes of Health reported. There is no known trigger or cause, but it normally follows a minor infection like a lung or gastrointestinal infection, or after surgery. Sometimes the original illness may be gone when the GBS symptoms strike.

GBS affects the myelin sheath which covers the nerve, damaging it in a process known as demyelination. This causes nerve signals to move slowly and if coupled with other damage, stop working. Eighty percent of the patients recover without any treatment.

There are about 80 to 160 cases of GBS each week, the Centers for Disease Control and Prevention reported. Some cases of GBS syndrome may have been tied to a swine flu vaccination in 1976. About 1 case of GBS per 100,000 people vaccinated was tied to that event.

Study leader Dr. Daniel Salmon of the National Vaccine Program Office at the U.S. Department of Health and Human Services told HealthDay that despite the added risk, the vaccines were still beneficial because they were able to help stop the spread of swine flu. During 2009, there were approximately 61 million cases of H1N1 swine flu, 274,000 hospital admissions and more than 12,000 deaths. A recent study attributes the prevention of 700,000 to 1.5 million cases of flu in 2009 to the H1N1 vaccine. It may have also stopped 4,000 to 10,000 hospital admissions and up to 500 deaths.

"In view of the morbidity and mortality caused by 2009 H1N1 influenza and the effectiveness of the vaccine, clinicians, policy makers, and those eligible for vaccination should be assured that the benefits of inactivated pandemic vaccines greatly outweigh the risks," the authors wrote.